Americans May Not Be As Open To Mixed-Race Couples As They Think, UW Study Says 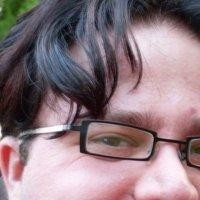 1
Wait...what? Ana, I am normally a big fan of your writing, but this article just doesn't make sense. When the main article is behind a $40 paywall, we might need some more help here.

In the abstract of the study, it says there were 3 studies done, but your article only mentions 2. Of the studies you did write about, your descriptions of the study and what they found as a result of those studies are very confusing.

"Society ingrained that we shouldn’t mix. Our nation is founded on that kind of ideology and it’s still woven into our culture today."

Do we really think it's true that it's only "our nation" and "our culture" that have ingrained this?

I'm not sure I know of any nation or culture that doesn't.

In which case, it's entirely possible that this kind of response is something that is hardwired into us.

Which actually makes some sense, if you look at things from the perspective of someone living in a tribal unit of 100-150 people whom you have lived among your entire life. There are very strong reasons for not venturing too far away from your own group. The guy from the next village over might be OK. The guy who talks funny from a hundred miles away (that's about a week's worth of travel on foot) will be highly questionable, and for good reason. As distances and differences grow (differences in language, belief, appearance, music, dress, everything), the more and more questionable those choices are going to seem.

And it's also very well documented that the more differences there are between groups of people, the more they tend to "objectify" (to use the term employed by the article) each other, i.e. fail to see each other as individuals. For proof, consider the comments sections on any political posting on the internet (liberal or conservative).

Of course, different people have different levels of tolerance for differences, which is probably what the study is revealing.

But beyond that, when we look at many bi-cultural couples (a far superior term than bi-racial), I wonder how many of them result in one partner assimilating more to the other partner's culture in a very unequal way, rather than simply blending the two. I suspect that that happens a lot. And then the couple really isn't bi-cultural any more, is it?

That also suggests another potential avenue of inquiry: members of cultures who feel themselves to be in a strong position may by more likely to be comfortable with bi-cultural couples because they know, at least on some level, that such a couple is likely to acculturate in their direction. However, if you feel that you are in a weak position culturally speaking, then you are far more to police the boundaries of things like intermarriage, mixing between cultures, etc.

Anyways, lots of opportunities for more research.
Corydon on August 23, 2016 at 4:58 PM · Report this
3
This is one study, are there other studies that support this? How big was the study group? How did they choose the subjects? When I was at the UW, we all had to go volunteer for a few research projects as part of the requirements for Freshman Psych, but we chose the projects ourselves from a big list of all the projects, anx we usually chose things that we found interesting and not too invasive. So if they were using mostly college freshmen, that's neither a randomized nor a representative (of society) group. The methodology also seems iffy, pictures of toilets and people barfing would make me feel that humans were really gross! So it could be that the study subjects actually prefer the same race couples/animals to gross and disgusting humans right afterwards! This data interpretation is iffy. There needs to be many more studies to come to any conclusions. All this says is college freshmen(?) were more likely to group same race couples with humans after getting disgusted by humans feces, dirty toilets and puke! Who can tell what they were thinking/feeling!

Is this how social sciences research are done? Wow!
iseult on August 23, 2016 at 5:16 PM · Report this
4
Shorter Ana Sofia Knauf:
It's a terrible world and as bad as ever so let's focus on the negative.

There were three studies within the paper.

Study 1 measured tried to measure if disgust and acceptance of interracial relationships were related. They found they were and that there was no difference between racial groups. Study 1 had 152 people, 132 of whom were white, 5 were black there rest were latino, asian or other.

Study 3 attempts to link the feeling of disgust with dehumanization. Study 3 had 240 people participate (on line survey), 180 were women, 209 were white, 10 were black the others were asian, latino or other. Participants were "Undergraduate students were recruited from the psychology subject pool at a large public university in the Midwestern United States." The silhouettes were of animals used as controls (also used landscape and urban settings as controls) - they used photos of people.

I use statistics in my work routinely (I'm a scientist) and they did a number of tests. I haven't had time to look through them to see if they are appropriate but they did do power calculations and showed some P values (but they've been hacked....lots of researchers don't use P values correctly). Overall, on a quick skim, a very weak statistical analysis of very weak effects. Even if you accept the MRI interpretation (those are very problematical to say the least) the effects and correlations are very weak.
MikeyC on August 23, 2016 at 5:54 PM · Report this 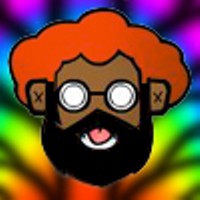 6
Here's my thing: Ask a black woman (for instance, Jill Scott) how she feels seeing a black man with a white woman. The answer may be polite, but it won't be positive. The weirdness: my brother only dates white women, and both of his daughters are biracial. My nearest first cousins both married white people and also have biracial kids.

So I guess what I'm saying is that I'm kind of split.
Absurdist1968 on August 23, 2016 at 5:58 PM · Report this
7
Being a member of a biracial family (not biracial myself but other family members are) I will just say this. It is always there, it just is, even when when it doesn't make sense, it is there.

It just is. It shouldn't be but there it is. Always.
Machiavelli was framed on August 23, 2016 at 9:50 PM · Report this
8
You know, tolerance isn't necessary for things you like. The whole point of tolerance is to accept something that you aren't particularly thrilled about.
Ph'nglui mglw'nafh Cthulhu R'lyeh wgah'nagl fhtagn on August 24, 2016 at 6:38 AM · Report this
9
This is sad to me to hear this in this day in age. Being a part of a mixed race couple (my wife is latina but is often mistaken for being african american and I'm white) I don't know that I've perceived animosity from others. My wife does get the "what are you" question from time to time but usually from african american women. I've never heard her being asked that in front of me though. So, perhaps people wonder that but only african american women feel comfortable enough to ask. But as I said, I've never felt any deferential treatment of us as a couple in over 20 years together.
Senor Guy on August 24, 2016 at 9:12 AM · Report this
10
Although it is unclear, it appears these studies may be identifying deeply rooted human perceptions that do not represent learned cultural behaviors. While that may imply that people need to be more consciously aware of these biases, it would seems that the increasing numbers of people who voice approval of interracial relationships are doing just that, overcoming a bias that is hard coded into our DNA.

This article also seems to conflate these biases, with other behaviors, such as inquiries about one's origins. While an interracial person's multi-racial background is self-evident, it is also a question routinely posed to people who by appearance are not multi-racial, so I'm not sure it is possible to ascribe bad intent to such questions.
SublimeAfterglow on August 24, 2016 at 9:27 AM · Report this
12
This culturally based resistance to togetherness is just another reason to leave the Old World behind. We left the Old World for a reason, and it probably wasn't good!
Sir Vic on August 24, 2016 at 11:39 AM · Report this
13
These sorts of studies are rarely replicated, and only the positive results get published. If this study was attempted again by another group, they likely would not find the same thing. The effects are typically weak, not to mention these studies are typically performed on a very narrow population (those who participate in research studies at large universities).

I congratulate Dr. Skinner on getting a publishable finding, but this ultimately means much more for her career than for society at large. Draw any sweeping conclusions from a small, unreplicated study with weak effects is quite irresponsible.

Also when we talk about what is important in our society, is it more important that people say they are open to interracial couples and want to treat them fairly? Or that perhaps there is some tiny part of us that thinks couples of the same race are better - and you can only see that tiny part when you poke and prod for hours using large magnets and pictures of vomit?
Incredulity on August 24, 2016 at 4:36 PM · Report this

That's it, I think. We need to do this *consciously.* We are animals, after all, with xenophobic tendencies. We have to do the work, try not to be afraid, and LISTEN to people who are different than we are.
Sandiai on August 24, 2016 at 8:44 PM · Report this

15
As a child of a Filipino father and a German/English mother, who married a white spouse, I have lived these findings for nearly 50 years. I am wryly amused that when people find out I am Fil-Am and my mother is a nurse, that they automatically assume my mother is Filipina. Talk about stereotypes!
Gemma Seymour-Amper on September 6, 2016 at 7:19 AM · Report this