As Hurricane Matthew Death Toll Tops 100 in Haiti, Do's and Don'ts for Americans Who Want to Help 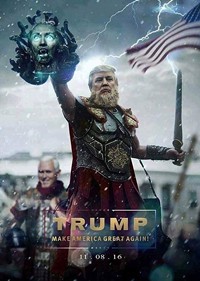 2
So based on your analysis this hurricane is no danger to FL then because they're all rich, white, and racist? Better let them know down there.
see you next Tuesday on November 8th on October 6, 2016 at 3:16 PM · Report this

Hurricane Center has monopoly on data. No way of verifying claims. Nassau ground observations DID NOT match statements! 165mph gusts? WHERE?

Lord Basil on October 6, 2016 at 11:53 PM · Report this
4
People still read Matt Drudge?
Mtn. Beaver on October 7, 2016 at 1:35 PM · Report this
5
@2: You completely misunderstood the point of the article if you think this was about white racism. If you don't understand this, you probably aren't qualified to make snarky comments about how Ansel's point is trying to stoke white guilt.

Here are some numbers for you to illustrate that point:
- Deaths in Haiti: currently at least 473, with some estimates at as many as 1000.
- Deaths in Dominican Republic: 4. And they were all in the same collapsed house.

Why? Because the two have experienced over two centuries of differing economic conditions precipitated by racism. The Haitians are mixed race and speak Creole (and occasionally French). The Dominicans are predominantly black, speak Spanish and are accepted by their Caribbean neighbors.
MatthewInSEA on October 13, 2016 at 9:49 AM · Report this