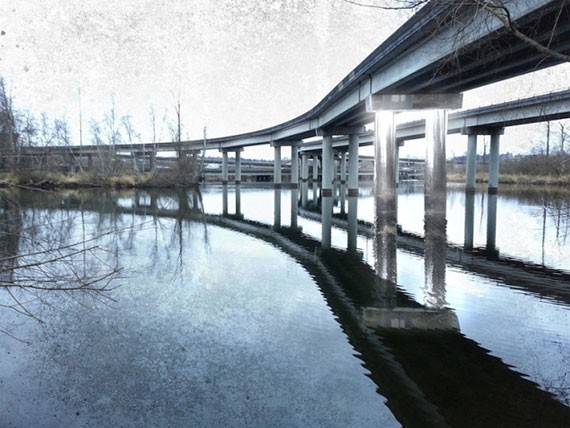 Every city deserves a a zone free from prescribed purpose, unmonitored by authority, ready for everything. And we have earned ours.
Sponsored

We often fail to memorialize the right things. A glaring omission from the landscape of our region, for instance, is a memorial to the women who were targeted and killed by Gary Ridgway.

And now we have a chance to remember something else that's important: the moment when the people rose up and killed the freeway that would have blazed through the Central District. It was 1968.

"It was the Black Panthers joining hands with the Ladies Garden Club, with university students, Allied Arts, and many others, all against the establishment that thought the future of Seattle was freeways, freeways, and more freeways," said Kenan Block. "I analogize it to saving the market, but it's forgotten because we stopped something—we didn't preserve something."

Today, City Council member Debora Juarez, with co-sponsors Bruce Harrell, Mike O'Brien, and Tim Burgess, will present a resolution, finally, to preserve a hard, gray, concrete piece of grassroots activism in Seattle. It will look something like this. 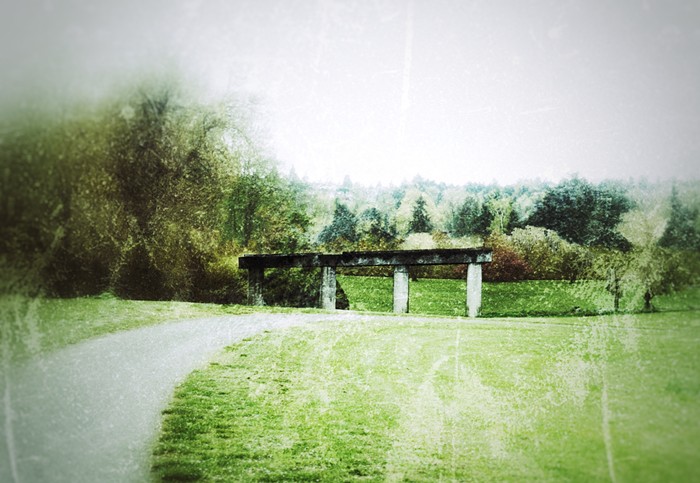 The crappiness of the photograph is from the original image of the current view where the highway stands, not because the landscape will suddenly look like it mated with a goblin. Seattle ARCH (Activists Remembered Celebrated and Honored)

That pier is a piece of one of the legs that have been nicknamed the "ramps to nowhere."

The ramps to nowhere are the beloved legs jutting off of Highway 520—and leading absolutely nowhere but thin air—next to the Arboretum. They were built because they were intended to be stretched into a full-on freeway that would blaze a huge swath through the Central District, among other neighborhoods. This was the state's plan to connect 520 and Interstate 90.

But the people revolted. The plans were torn up, but the stubby legs remained and became a landscape anomaly, like a hallucination.

Block is on the Arboretum and Botanical Garden Committee, which originally rejected a proposal by a group of architectural students, including Rainer Metzger, in 2014, but sent a letter supporting the current idea.

"The ruin will give physical presence to the power of speaking up," Metzger wrote me in an email Friday. "I think it's really important for the city to have ruins for people to see and touch and prompt the question, 'why is this here?' Answering that question tells about what kind of city Seattle is, and informs us about what else it can still be."

I wrote about the ramps to nowhere in 2014, in a piece that generated passionate response from the many people who love the place for its ungoverned qualities. (Everybody else is basically unbothered by it, tucked out of the way between the green of the arboretum and the rushing traffic of 520.) I wrote:

For half a century, the raised ramps of bald concrete rising from the marshlands of the Washington Park Arboretum have represented the best of Seattle. They are not pretty; rather, they are of the essence. The ramps were intended for a highway system defeated by citizen revolt; they were left abruptly unfinished in 1972. Leading nowhere, they instead became somewhere, a zone free from prescribed purpose, unmonitored by authority, ready for everything. They are diving boards, dance floors, picnic spots, a kayak course, open-air bars where nobody cards, cruise spots. They’re bare skin for the temporary tattoos of graffiti. Someone once walked a tightrope between the ramps, or maybe it happened more than once, when nobody saw.

Every summer, the ramps light up again with new invented purposes—except that this is their final summer. They’ll be torn down for the expansion of Highway 520, a stretch of nowhere between home and work, those first and second places of cities. The ghost ramps are a classic third place, not home and not work, but a playground that never met a lawyer. Seattle needs its Space Needles and Columbia Towers and nature preserves, but a city without self-governing third spaces is just a machine.

I like the idea of a scrap of ramp remaining in the greenery. I can already hear a line of resistance that goes something like, "But it's ugly—why would I want it near my pretty arboretum?"

Because not everything nice has to be sanctioned by the authorities first. Some things grow upward. Green people should know that better than anyone. Best of all would be for the City Council to vote yes on October 17 to take custody of the spot and retain the ramp, and then to forget all about this place. No plaques, no plantings, no nicey-nice benches, those conspicuous embodiments of institutional sanction. Leave it to the people. We know what to do with it.

Experimental Festival 9e2 Lands at the Intersection of Art and Tech, Past and Future