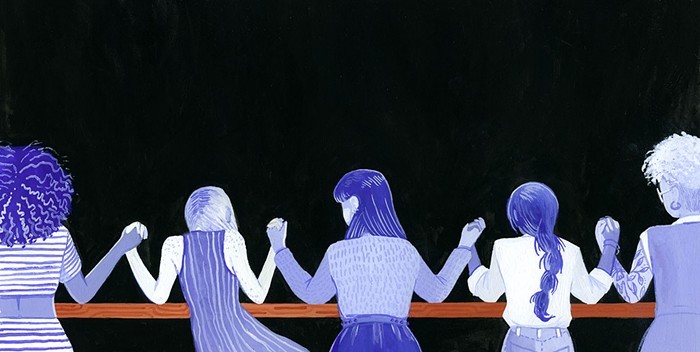 Matt Hickey has been charged with three counts of rape in the second degree. Jensine Eckwall

Matt Hickey, the tech journalist and former Stranger freelancer accused by multiple women of rape, has been charged by the King County Prosecuting Attorney with three counts of rape in the second degree.

The charges, filed in King County Superior Court today, contain allegations from three women, including two women The Stranger wrote about earlier this year. Within the charging documents is a Seattle Police Department report that includes allegations against Hickey from a total of five women.

Washington State defines second degree rape as being "when the victim is incapable of consent by reason of being physically helpless or mentally incapacitated."

"Based on the prolific nature of the defendant's rapes, the danger to the community, and the amount of prison time faced by him if convicted, the State requests bail set in the amount of $200,000," the charges read.

Not long after the first piece came out, three more women came forward to accuse Matt Hickey of rape. These women told The Stranger that Hickey got them blackout drunk and raped them while they were unable to consent.

Hickey denied all of the allegations. When one woman accused Hickey of having sex with her multiple times while she was unconscious, Hickey told The Stranger that "even back then in my 20s I sadly didn't have that kind of stamina."

One of the alleged victims, who did not want to be identified, told The Stranger: "'I'm relieved and very pleased that they're going forward with the arraignment and making efforts to get him off the streets."

Hickey's arraignment will take place at 8:30 a.m. on Thursday, October 27 at the King County Courthouse. I'll be there.