The Morning News: It's Going to Get Colder, After-School Satan Club Has First Meeting in Tacoma

1
Far cheaper to replace a bike than a car. Good to see prioritization in the SPD.
raindrop on December 15, 2016 at 9:44 AM · Report this
3
"the popular, though sometimes controversial, weatherperson"
Apparently only controversial to Charles, you might make a better point if you link to someone else's story. But i guess that's a bit too much work for the stranger. In other news I think charles can't write, for proof see my previous comment.

"If you're feeling that it is colder than usual, you are right to feel this way. This kind of freezing weather is not common."

Its cold in the winter time!!! omg this has never happened.
foobarbaz on December 15, 2016 at 9:47 AM · Report this
4
As a cyclist who has had some bikes stolen (one expensive, the others not so much) it does frustrate me that the police have little interest in pursuing the case(s). But I have to remind myself that from their perspective this kind of claim has to be low priority- no one is in danger and most stolen bikes are not worth much, few are worth more than a thousand bucks. There are only just so many hours in a day and so many officers to handle crime reports. As a life-long cyclist, who uses his bike for everyday commuting and errands, I don't begrudge them their priorities.

So when my expensive bike was stolen, I tried to find it myself. In an unusual case I found it for sale (this doesn't happen often). I arranged to meet the asswipe and wanted to sell it to me. So I called SPD. They told me not to go meet the guy alone (that's dangerous and one really shouldn't do it) and that they would do come with me. They did; I got my bike back and the tweaker spent the night in jail.
MikeyC on December 15, 2016 at 9:49 AM · Report this

5
The Satanic Temple running the after school clubs doesn't believe in a literal Satan or God. They're atheists who use Satan as a metaphor for rejecting blind faith and obedience in favor of evidenced-based beliefs and thinking for oneself. It's explained on their website.
Jackal on December 15, 2016 at 9:55 AM · Report this 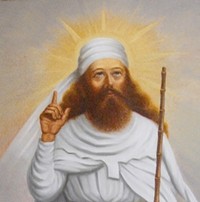 8
@2 I have been saying the same thing for months to deaf ears. The Morning News is now often unreadable because Charles thinks it is his personal soapbox. He either isn't aware or doesn't care no one finds his long-winded rants amusing. And yes, he does believe he is more qualified to make pronouncememts about climate science than an actual climate scientist. This is only the tip of his hubris.
zarathrusta on December 15, 2016 at 10:03 AM · Report this
9
@3:

10
If your bike is stolen, check any of your local junkie encampments. 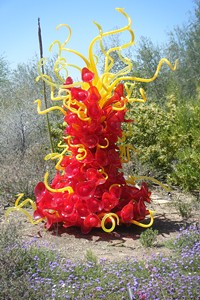 11
"the new program for those who worship or believe in Satan" come on chuck do some research it's actually against the tenet of this organization to believe in satan. it's right there in writing for all to see! geez.
kellyllek on December 15, 2016 at 10:23 AM · Report this
12
@9 What part of winter is unclear to you?
foobarbaz on December 15, 2016 at 10:24 AM · Report this

13
"And you know what doesn't like very low temperatures, or any kind of weather that is not mild? Cars. A little snow and ice is all it takes for America's main mode of transportation to become a total mess."

Tell that to the good people of Minneapolis, or Denver, or Anchorage, or Buffalo. Charles, I get it - cars are bad. But using the PNW as your case-study, when the people here are The Worst Snow Drivers In The World, isn't really the correct context to demonstrate your point.
ctmcmull on December 15, 2016 at 10:30 AM · Report this
14
@12 What part of "there is a normal range of temperatures for the winter months and the current trend is below that normal range" is unclear to you?

15
8, when you write it that way (don't believe in satan), which I finally did, all of the fun is lost. @2 and @8, my daughter, who is 15 and reads my work, shares the same opinion. she likes my late and longer stuff much more and even said to my face: your morning news is boring. @13, granted. but there is so much that the government in these place must do to make driving in such conditions possible.
Charles Mudede on December 15, 2016 at 10:46 AM · Stranger Staff 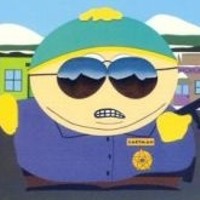 21
@19, The junkies who leave their personal valuables (feces/vomit/needles/cartrdiges/etc.) on the corner of Harrison and Broadway each morning, and who have stolen all of my neighbor's bikes or 75% of the parts from said bikes, are not stupid. We, as a society, are definitely the stupid fucks for handing them the key to the city.

Idiot Sawant on December 15, 2016 at 11:56 AM · Report this
23
I love when Charles does the morning news. Much more interesting to experience his POV on a series of recent events than the standard 'this happened and I'm young & outraged and why doesn't everyone think just like me' writing styles of the majority of the Stranger reporters.
philosophy school dropout on December 15, 2016 at 12:21 PM · Report this

24
I strongly agree with @23. Fuck the haters, Charles (your daughter excluded, of course).
schmacky on December 15, 2016 at 12:44 PM · Report this
25
@23. Agreed. I agree with him and his daughter, though. MN is a sometimes a little outside his best writing - likely due to deadline constraints. I should write as well. Charles is a very good and engaging writer. His POV is always refreshing and most welcome.

Still, for all his obvious talents, he does have a problem consistent with many writers at The Stranger - his writing occasionally elides a casual and un-examined racism. Race seems to be the biggest part of his world-view and if you see everything in terms of race, there is no avoiding racist tendencies.

This reflects a larger problem among the left, which includes almost all Stranger writers - but most particularly the regressive left- in which (rather obtusely and often dishonestly) hatred of entire classes of people; rich and poor, but mostly men, older people and all whites, seeps through their writings and speech (when they aren't yelling). Leftist racism, ageism and misandry are in part responsible for the rise of the Trump constituency and those on the left ignore their role in it to our peril.

So it's disappointing, but not unexpected to see it in his otherwise excellent essays, articles and MN segments.
MikeyC on December 15, 2016 at 1:47 PM · Report this
26
I also enjoy Charles doing the morning news. Really. If we're not challenged or provoked each morning it's like not having good coffee.

Love this cold snap as it kills fleas. It's been terrible this year for our outside pets.
raindrop on December 15, 2016 at 2:31 PM · Report this

27
Metro Lane on Denny: This sounds awesome! The heavy traffic queuing for the I-5 on-ramp along E-bound Denny frustrates the #8 bus progress sometimes by 20 minutes or more.. It's terrible. Although, given that cars queue along the sidewalk lane --same lane the bus uses for curbside stops-- I'm curious to know what traffic engineering remedy they have in mind.

Speaking of Traffic Engineering: Could someone .look into the persistent problem of people turning Left from W-bound Denny onto Steward (heading to downtown)? Every day drivers end up blocking a lane --or two!-- of E-bound Denny right at the foot of that hill/bridge over I-5. I know this is the right place to lodge a complaint/request with SDOT, because people do it all the time.

28
The second most common problem in extreme cold and bad weather, next to driving, is walking. You can't walk on ice either.