Bill O'Reilly: Abolishing the Electoral College Is The Left Taking Power From Whites

1
I think I have discovered the Mudede Algorithm. All of his increasingly spare articles boil down to the same basic three part formula.

2
@1, you forgot race..he along with the other SJW's talk about how everything is about race as much as the Nazi's make everything about race. They are seriously obsessed with skin color. Though not so concerned about individual actions and personal responsibility.
Last of the Time Lords on December 21, 2016 at 10:38 AM · Report this
3
@2:

5
Dear Mr. Mudede. If you are interested in much of the reasoning behind the existence of the Electoral College, may I suggest you start with Federalist 68?
Corydon on December 21, 2016 at 11:11 AM · Report this
6
Wow. That is some crazy shit. Keep in mind that O'Reilly is one of the more reasonable people on Fox News. But he is basically arguing that white people are an oppressed group, and we need a system that favors them, instead of a more democratic one. This is the type of argument often used by dictators. We the [insert tribe/religious/ethnic group here] have suffered so much from the current regime. We used to be powerful, but now we are oppressed. The current undemocratic system is in place to maintain our rightful status.

So, just to summarize the current (obviously outdated) electoral system: The Senate allots two representatives per state, which means the Senators from Montana have just as much power as Senators from California. The electoral college is based on the number of Senators and House members per state, which means that smaller states have extra power when it comes to picking the President. House members are chosen by district, which theoretically could balance things a bit -- that was the plan anyway -- but House districts are often gerrymandered and by their very nature are likely to be less democratic (the likelihood of picking House seats that have roughly the same number of Democrats and Republicans is very low). The end result is that folks from rural and suburban areas have way more power -- in every elected body -- than do people in cities. Oh, and the Supreme Court is chosen based on the Senate and the electoral college winner, and we are likely to see the results of that undemocratic process very soon.

The original intent was to balance the power between big and small states*, but it doesn't even do that, anymore. There is no balance. People in rural areas (especially in rural states) have extra, undeserved and unjust power and the only argument that one of the more eloquent and powerful members of the right can use to defend it is that without it, white people will lose power.

* The original system also gave preference to the slave states, which should dispel any notion that the system was designed with fairness in mind. No, it was designed to appeal the various factions, not to live up to the higher ideals professed elsewhere.
Ross on December 21, 2016 at 12:01 PM · Report this

Or are you of the "I want everything for free" crowd? Probably both.

And you name the time and place and I'll meet you there. Until then you are nothing more than a bitch.
Cato the Younger Younger on December 21, 2016 at 12:57 PM · Report this 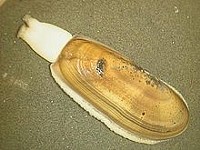 9
but is it the whiteness, or the ruralness that is the source of the EC privilege?
🚲🚇🚠$ on December 21, 2016 at 1:14 PM · Report this
10
The discussion about the worth electoral college sounds a lot like the claims of the cellular providers. One company claims they cover over 99% of the country, while another claims they cover over 99% of the population. As we see from the latest election (electoral college vs. popular vote), the cellular company claims are two very different coverage plans, but both are valid.

In essence, both sides of the political fight are also correct. On one hand, the electoral college prevents any region of the country from skewing the election results, while on the other hand, it does not recognize where the majority of the population resides.

Since the election process is a part of the U.S. Constitution (Art II, Section 1), it would take a Constitutional amendment to change the system. That means the proposed amendment would need a two-thirds majority vote in both the House of Representatives and the Senate, or a constitutional convention called for by two-thirds of the State Legislatures. The proposal is then forwarded to the state for ratification. The proposal must be ratified by three-fourths of the states to become a part of the Constitution.

Since neither side has a two-thirds majority in the Congress, it does not seem reasonable that a proposal would pass. Since abolishing the electoral college takes away the power of less populace states, expecting 75% (3/4) of the states to ratify the amendment is not reasonable.

The country needs to get on with the business of regaining our position of strength in the global economy and dispense with frivolous activities that detract from that goal.

R1ck on December 21, 2016 at 2:27 PM · Report this
11
#8, you seem obsessed with meeting people. While I confess to only lurking here nowadays (The Stranger seems to think transphobic hate speech in the comments section is fine), I would be quite happy to meet with you upon coming home for the holidays. I hope such a request by you is not a backhanded invitation to mutual pugilism, however. I would call the police at the first hint of violence.
libertine on December 21, 2016 at 3:27 PM · Report this
12
@7

How the fuck was I insinuating that, you whiny little bitch?
William F. Fuckley on December 21, 2016 at 3:36 PM · Report this
13
JFC! The S.O.B. GOP redrew the electorate map in order to steal votes from the democrats! BTW, white is really not part of this formula. It's democrat vs republican. Liberal vs Conservative. Right vs. Wrong. But gee, let's leave race out of this whole damned thing. Anyway, the electorate steals votes from the people anyway. How does anyone figure that one person one vote is 'stealing' votes from anybody else!?!?!?!
rshoff on December 21, 2016 at 4:03 PM · Report this

14
@4 FTW. Yes, the EC did just help perpetuate White Power, and it did it for George W. Bush as well. It's one of several legacies of the early days of the union when the agricultural/slave states built institutions to give themselves more power than they deserved.
dwightmoodyforgetsthings on December 21, 2016 at 4:08 PM · Report this

15
The key part of O'Reilly's statement is not anything about the electoral college, but rather the admission that there is an establishment, it is white, and he wants to keep it that way - perpetuate white racial dominance of the society. A bold statement by a major TV network that whites control things and they want to keep it that way. The masks are OFF, man!
cracked on December 21, 2016 at 6:52 PM · Report this

16
@15 - I thought the same thing. Interesting that the video appears to have been pulled from the Fox website..("The content you have requested is no longer available.")

I really wish someone would follow up with B.O'R... what is this "white establishment" exactly? And who is in it? What happened to "bring me your poor, your huddled masses"? What happened to the "Melting Pot"? The US has never been 100% white, not even close, so why would a "white establishment" be the only ones in "control"? Manifest Destiny? Are we back to the White Man's Burden B.S. of two centuries ago?

17
@16 They've been at it so long that I don't think it is so much pandering to a white racist populace as it is encouraging, fostering, strengthening, and expanding a white racist populace.
cracked on December 21, 2016 at 11:56 PM · Report this
18
@10 -- Right. Except (as I explained) the problem is not that one chamber of government gives extra special treatment to living in rural and suburban areas, but all three! I would be OK with the way we elect the Senate, if the House was elected by majority vote. I would be OK with the House if we elected the President by a simple majority. But all three! That is fucking ridiculous, and it is simply antiquated. Just as this country refuses to adopt the metric system, it refuses to change to a more modern, better system. Except now the rational for keeping the system is not that it "balances the rights of the rural with the urban; the few with the many" but simply that white people would have less power. Like converting to the metric system, the main reason we don't do it is the old stand by: Oh, that sounds hard.
Ross on December 22, 2016 at 4:52 PM · Report this
19
@15 -- Exactly. That is why I started my long comment by saying that is some crazy shit.

God, I miss Jon Stewart. He would have had so much fun with this. Hopefully someone (Samantha B.?) will pick up on what is really an amazing, incredible statement. But then again everyone seems to be gone for the holidays. So it is quite likely that a shocking statement by one of the most powerful men -- arguably the leader -- of the right wing media will get swept aside while the world focuses on some crazier shit that our new President says.
Ross on December 22, 2016 at 4:57 PM · Report this