Our Next President Is At War With the So-Called "Intelligence Community" — What Could Go Wrong?

1
I'm sure republicans will use the funding they take away from PP to instead fund comprehensive sex ed, tax credits for child care and maternity leave, and more SNAP funding for mothers and children in need.
Urgutha Forka on January 5, 2017 at 2:30 PM · Report this

5
I don't know that if I were president I'd want to make a lot of enemies in the military, the Secret Service and the intelligence community, but he seems to be content doing just that.
Catalina Vel-DuRay on January 5, 2017 at 3:11 PM · Report this
7
The same assholes that swore up and down that Iraq had nukes and that ISIS was "on the run" are now considered the paragons of intelligence and integrity for some reason.
William F. Fuckley on January 5, 2017 at 3:22 PM · Report this

8
"What they were saying about the link between Iraq and Al Qaeda publicly was not what the intelligence community" had concluded. He added, "I think they were trying to make a stronger case for the war."

http://www.motherjones.com/politics/2015…
blip on January 5, 2017 at 3:43 PM · Report this
9
@5: The Secret Service is however, relieved not to be protecting Hillary as president. She definitely had a Leona Helmsley streak when it comes to the Secret Service, military guards, and White House staffers.
raindrop on January 5, 2017 at 4:13 PM · Report this

10
CIA director says Iraq has WMDs. He's just an inspector on the ground, now.
Idiot Sawant on January 5, 2017 at 4:16 PM · Report this
11
You know the same assholes always tell the same stories about powerful women. And the same kind of assholes believe them.

Most Americans had a higher opinion of Hillary. We meet these assholes every day of our lives. It's easy to recognize what Trump is. Easy for most people.
Ph'nglui mglw'nafh Cthulhu R'lyeh wgah'nagl fhtagn on January 5, 2017 at 4:41 PM · Report this

12
Raindrop dear, I had no idea that you had served in the Clinton White House and the Campaign. What haven't you done?
Catalina Vel-DuRay on January 5, 2017 at 4:49 PM · Report this
13
@7: That wasn't the conclusion of the intelligence community. That's the conclusion Bush wanted.
biggie on January 5, 2017 at 4:59 PM · Report this
14
This rare instances of all 17 intelligence agencies singing the same tune is obfuscating the real issue for a president.

Normally they contradict each other. On top of all that noise, the president is hearing conflicting advice inside and outside his party, from his cabinet, his daughter Amy, you name it. That's the reason Bush believed there were WMDs in Iraq, and the reason he couldn't find Osama bin Laden. He was blinded by ideology and not that bright to begin with. Look at his failed business career.

The reason Obama found and killed bin Laden was that he could figure out which voices to listen to and which to tune out. It wasn't like 17 all told him bin Laden was there, and they all promised him the raid would work and everybody gets a pony. He had to decide. How do you do that?

Trump is the guy who chose to believe some fucking rando claiming he had Obama's real birth certificate. He didn't realize the Iraq war was a mistake, he didn't anticipate the housing bubble collapse. He went bankrupt in the fucking casino business. It doesn't really matter if he's best buds with the CIA or not. What matters is if he's a good judge of character, and can figure out the truth reading between the lines. This is a guy who constantly fires people because he can't make good personnel decisions. He's been in business for decades and has nobody, business partners, employees, lenders, nobody, who has been with him the whole time. Marriages? Forget about it. Every relationship goes bad for Trump because he gets it wrong every time.

@17
Yup, Putin wants to do away with NATO so he can establish Russia as the dominant power in West Asia (i.e. what used to be known as Europe).
Not Good Red Herring Either on January 5, 2017 at 9:34 PM · Report this
20
For the entire Obama administration "It gets better" was always reassuringly true, on the macro scale (geopolitics, gay rights, the arc of human progress, the economy, climate change, solar energy, a hundred other things), no matter what happened in my own life. 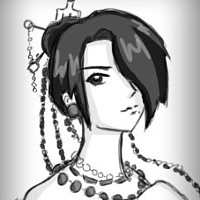 25
raindrop @9 and 15 - you can find nasty anecdotes about anyone with even the minutest degree of celebrity on Google. Google is a search engine, not a fact checker. While some may be true, some are just people exaggerating or making up stories for attention. You should know that by now, it's something people like you accuse "teh libs" of doing all the time.
Jina on January 6, 2017 at 9:27 AM · Report this
26
The HoR is preparing to take down healthcare for Americans, gut so called (by them) entitlements like Social Security, Medicare, and Medicaid, and take down Planned Parenthood by defunding it. The Senate is likely to approve any ultra conservative jurist nominated by DT for a seat on SCOTUS. I wonder though, if approx 70% of Americans support access to safe and legal abortion AND more voters voted for HRC than DT, who is and why are they voting for these dangerous (mostly) men in Congress?
SNJ-RN on January 6, 2017 at 1:53 PM · Report this
27
And the Stein crybaby voters are STILL claiming that Clinton wasn't a 'viable alternative.' Who the fuck ISN'T a viable alternative to the Big Cheeto?