1
I think an angry 79-year-old Jewish white guy would be our best choice in 2020, might as well start tearing each other apart right now.
kbatku on March 22, 2017 at 4:28 PM · Report this
2
Holy Hamburgers, we're gonna wind up with our imbecile piloted version of the GOP clown car we derived so much pleasure from ridiculing.
mike blob on March 22, 2017 at 4:53 PM · Report this 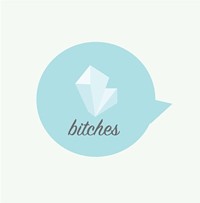 4
No, please the fuck no. The lesson from Trump isn't that we need our own aging billionaire that has no clue how government works on the left, it's that we need a smart democrat that can talk like a real fucking person. So go home Oprah, Hanks, Zuck, and Schultz. I would take Warren or Franken over you any day of the week.
nikoniko on March 22, 2017 at 5:23 PM · Report this

5
He can sell corporate policy (free education...at a for profit college) as liberal do-gooder policies. He's perfect.
TheMisanthrope on March 22, 2017 at 5:32 PM · Report this

6
There's a great video making the rounds on why CEOs will always fail at presidenting: A business is a totalitarian, profit-driven scheme for the benefit of shareholders, while political office is about balancing the needs and views of frequently competing groups both inside and outside of the organization while losing money from a business perspective. In other words, it requires an entirely different skillset for which CEOs are especially ill-suited.
Original Andrew on March 22, 2017 at 5:57 PM · Report this 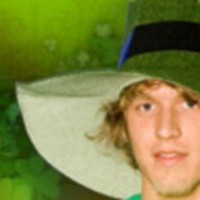 8
I really feel that Schultz has his heart in the right place, but business experience != political/legal/historical/constitutional experience. Electing hacks thinking, (and who think), that political naivete will somehow make the system better only fucks up the system more.
kylecheez on March 22, 2017 at 6:30 PM · Report this
9
"Since we've clearly given up on the idea of a woman holding higher office"

No, we can and should have a woman for president. It just doesn't necessarily mean that they have to be a white woman like you PUMAS obsess about. Nobody believes the hardcore Hillary fans would've been as into her had her skin been brown.

If you want a female WASP as president, join the GOP.
Bloated Jesus is Bloated on March 22, 2017 at 7:52 PM · Report this
10
If you're anything less than 100% in favor of whomever can WIN, then you're saying you'd rather have four more years of Trump unless you can get a womxn, poc, lgbtq prez. Fuck that.

If you're telling me that we shouldn't ever compromise our lofty goals and deeply held values just for the sake of winning, then why the fuck did I vote for Hillary fucking Clinton of all people? I didn't like it, but I did it because winning matters. So now don't give me any shit if it turns out the one who can win is an old rich white man. Not saying it has to be an old white rich man, but if that's what it takes, I'm in. No reservations at all.
Ph'nglui mglw'nafh Cthulhu R'lyeh wgah'nagl fhtagn on March 22, 2017 at 8:26 PM · Report this

Even if Drumph wasn't a racist, misogynist, totalitarian narcissist, he'd still be a bad president.

Companies are run for the purpose of making money for their shareholders. Government is for the purpose of upholding citizen's rights and providing government services to benefit all of us equally. The president is answerable to all citizens, not a handful of shareholders. A president does not have total power, but must work with congress to pass anything. No profit motive involved.

Shultz may be more of a lefty than Drumph, but he's still got the wrong skill set for the job. Oprah and Hanks may be perfectly likable stars, but they have zero experience in government either. Schwarzenegger found that out the hard way when he won the governorship in CA.
Reverse Polarity on March 22, 2017 at 9:13 PM · Report this
12
@10 I voted for her too but that didn't mean she was the obvious choice of a winner. She was the loser pick. She lost. And a white billionaire will lose for some of the same reasons Hillary lost. To nominate someone who doesn't represent anyone is a fucking death sentence. The, "whomever can win", candidate has never been a good bet on either side. Gore, Hillary, Romney, McCain, Kerry all were the "safe" bets and they gave the election to the opposing party.

"Whomever is going to win" is intellectually lazy and puts us in a corner with severely fraud candidates. I don't want to have Trump or Pence for 8 years but you are guaranteeing it with someone like Schultz or Oprah or any other, "someone like Trump" candidate. It's asking to alienate the democratic party from the vast majority of the country.

It's not as if we don't have someone like Barack who's beloved by the largest voting demographic who won't be too old to run in 4 years. Someone who by going high can galvanize the public. Schultz, like Hillary, will be seen as an underhanded player and, once again, fail to bring enough support to win.
Bloated Jesus is Bloated on March 22, 2017 at 9:19 PM · Report this
13
*flawed candidates not fraud
Bloated Jesus is Bloated on March 22, 2017 at 9:21 PM · Report this
14
@1, I assume you're talking about Bernie. However, Schultz in 2020 will be a relatively young (66) Jewish white guy and he sure wouldn't be the worst choice.
sarah91 on March 22, 2017 at 10:18 PM · Report this
17
@14 You Hillary diehards are truly terrible human beings with even worse taste. Please, you're old, go away and allow people with half a brain and skin in the game to do the politicking.
Bloated Jesus is Bloated on March 23, 2017 at 12:04 AM · Report this
18
# 14 Judging by your comments it's become dazzlingly clear that though you can read, your level of reading comprehension is a negative number. Can't wait to see how you misinterpret this comment.
Purrls on March 23, 2017 at 1:26 AM · Report this
19
I've been pissed at Schultz ever since he sold the Sonics to the Oakies and then lied to us about their intentions to move the team. I boycott Starbucks and never pay $5 for foo foo coffee drinks. However, I would listen to a Schultz platform and then decide. I look at the excitement that Bernie generated as evidence that a real progressive platform is needed and needs to be promoted in terms that stupid people can comprehend. Unfortunately all those stupid people have been brainwashed for many years by right wing radio, the GOP, and now devoted to the Liar-in-Chief. The task at hand is to develop an information campaign that works to break the GOP's lock on stupid people. That makes them realize what is actually in their best interests and what a progressive society would be like.
MCGary on March 23, 2017 at 5:44 AM · Report this
20
Building a huge retail organization like Starbucks requires a great deal of political interpersonal skill. He's generally liberal. He might well be a good POTUS.

23
The "Left" needs a transgender "female" lesbian "of color" for president. Nondenominational bathrooms for all! will be "they's" primary platform.
Arty Zifferelli on March 23, 2017 at 8:40 AM · Report this
24
@1, Let's decide now which side will be the cucks and which side will be the deplorables. I call cucks!

@6, I don't think you've ever worked in a major corporation. "Balancing the needs and views of frequently competing groups both inside and outside of the organization" is exactly what mega-corp life is like. The White House is actually way more top-down authoritarian than highly matrixed modern enterprises. If anything, I'd expect actually being on the hook for all decisions like a President is would be rather new to most CEOs and is obviously rather new to 45. A president can't "delegate and motivate." They actually have to steer the ship.

P.S. If hella old men are who we're all going with let's draft the will be 82 yo Jerry Brown!
LukeJosef on March 23, 2017 at 9:07 AM · Report this
25
The left needs a progressive not someone who wants to lower corporate taxes and don't start telling us you would prefer him to Trump because progressives supporting neoliberal Clinton is the most important factor that got us where we are today.
anon1256 on March 23, 2017 at 9:47 AM · Report this