Who Are the Lawyers Suing Ed Murray for Alleged Child Rape?

4
Ed Murray never raped anyone. The worst I can say about him is that he's a greedy capitalist swine. He's definitely not a rapist though.
Wandering Stars on April 7, 2017 at 5:13 PM · Report this
5
By staying in the race, Murray will ensure we get a worse mayor next year versus opening the field. He should be less selfish, swallow his pride, and take care of his personal business first. He also just is an ineffective Mayor and a career politician who compromises to a fault.
Comeonseattle on April 7, 2017 at 5:36 PM · Report this
6
@3 Dude, this was a front page article from the Seattle Times. It is the local story right now. It might be complete bullshit, but it is bigger news than anything else happening right now (or at least, anything else The Stranger or the Seattle Times have investigated). Holy shit, the mayor has been accused of having sex with a minor, paying for it, and then (in the midst of it) forcing said minor to do acts he didn't want to do. That is fucking news, man.

As for the lawyers suing him, they are just lawyers. Yeah, maybe he could have hired a more prestigious law firm, but I see nothing out of the ordinary in the makeup of that law firm. OMG! Some of the lawyers are rich Republicans! Holy Shit, my surgeon voted for Romney! Sorry folks, that is just the way some people are. They may be very smart in some ways (e. g. be capable of understanding the law) but rather stuck in their ways in others. Beauregard seems like your average Seattle liberal while Keys sounds like your average wealthy Republican. Nothing unusual in my view.
Ross on April 7, 2017 at 6:09 PM · Report this

12
$10? I don't believe it for a second. This has got to be an anti gay political smear, a shakedown, or both.
JimDeBlasio on April 7, 2017 at 8:00 PM · Report this
13
@12: you keep posting about the price and maybe you're basing this on extensive experience with rent boys, but I back in the 80s and early 90s I did a shit ton of street outreach with homeless youth and $20 for a blowjob seemed to be the going rate and some reported tricking for as little as $5 if they were really desperate. Some would trade a place to sleep or a hot meal for sex. I find it really odd that you're so fixated on the price amid all the other details (including two folks who don't know each other giving remarkably similar descriptions of private parts).
gnossos on April 7, 2017 at 8:32 PM · Report this
14
Kinda weird to hear a civil rights attorney describe favoring or opposing someone's basic human rights as a "political" difference.
Ph'nglui mglw'nafh Cthulhu R'lyeh wgah'nagl fhtagn on April 7, 2017 at 10:16 PM · Report this
15
@10 perhaps a lover who went away angry and years of drug abuse and then therapy has addled the brain? Didn't we all have a crack addled POA in our 20's?
2CV on April 7, 2017 at 11:41 PM · Report this

16
A few campaign contributions by the lawyers. Is that the best you've got? If the distinctive mole is indeed there either this guy saw it, or one of his buddies saw it. And if this guy is a crack smoking troubled transient, his buddy likely runs in the same crowd.
dorimonsonfan on April 8, 2017 at 3:49 AM · Report this

17
@15 "perhaps a lover who went away angry", how old was he at the time?
jackkay on April 8, 2017 at 4:59 AM · Report this
18
Perhaps lawyers with questionable politics were the only ones the plaintiff could get to take the case?

Questioning the merits of the case because of the background of the lawyers?

Who do you think is going to take on a case like this, Perkins Coie?

It's very easy to imagine that more reputable lawyers/firms would be reluctant to take on a case against Murray given the allegations, his position and connections as Mayor, and the political and social environment of Seattle.

Add in the fact that the plaintiff likely cannot bankroll this case on his own and needed a lawyer/firm willing to take the case on contingency, and you end up with him giving the case to the first firm that would even offer him an appointment.
NoSpin on April 8, 2017 at 8:39 AM · Report this 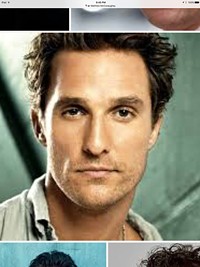 29
biased reporting from The Stranger? I'm shocked!
south downtown on April 8, 2017 at 1:26 PM · Report this
30
These kinds of cases are always taken on a contingency basis, since the clients often don't have funding to pay for hourly fees. But the client must pay for all the costs billed during the case, including deposition prep, materials, and time, expert witnesses, and other items necessary to working on the case. Sometimes those costs are "charged" until the end of the case, after court decision or settlement or dismissal by the court. But the client's liable for them. That alone means its difficult to find an attorney, let alone this situation where the defendant is a powerful politician.
sarah91 on April 8, 2017 at 2:06 PM · Report this

And once we have actual evidence of sexual assault, aside from what is currently 33 year-old unsubstantiated allegations, the claimants too will enjoy those same rights.
COMTE on April 9, 2017 at 10:21 AM · Report this
38
Its interesting how the libs in Seattle are giving Murray a pass. Since they can't attack the victim they go after the law firm that will represent him. Meanwhile, they don't dare say a word about Murray. Oh..., I get it, he is innocent until proven guilty. Okay, I completely agree. Even though this won't be a criminal matter, let Murray have his day in court. But wait, when there are allegations of wrong-doing by a police officer its..., "fire him/her, take his/her pension, put him/her in jail." I guess due process only applies to those who support their agenda. A week ago I was joking with friends that Murray and the council should be required to wear body cameras. Kinda like a joke only not so funny.
blues traveler on April 9, 2017 at 2:34 PM · Report this
39
I can smell yet another of a million evil RepubliKKKan plots from 100 miles away.
Stage One: make Seattle unaffordable so that only the richest and most corrupt who vote RepubliKKKan live within the Seattle city limits, killing the arts, sciences, and humanities.
Stage Two: Blackball all Democrats, Independents, etc. (i.e.: anyone NON-RepubliKKKan).
Is Council member Bruce Harrell, the allegedly next-in-line to become Mayor of Seattle, a RepubliKKKan? No further questions, Your Honor.
Oust the GOP, their backers and apologists, not Murray.
auntie grizelda on April 9, 2017 at 3:37 PM · Report this

40
Say Goodbye to Murray, he and his Political Career are over. Accept it. No popular vote here.
jackkay on April 9, 2017 at 8:09 PM · Report this
41
The same tactic was used successfully in Australia to bring down the labor party (most equivalent to democrat) speaker of the house. In that case, as will probably also occur in this one, the charges were later dropped, after the damage had been done, and a career destroyed.
The Australian liberal party (most equivalent to republican) shares political advisors and influence with american republicans, for example recently retaining services of cambridge analytica in preparation for the next election.
beeseekay on April 10, 2017 at 7:03 AM · Report this
42
I think it is funny that someone from The Stranger would ask someone why they are working for an "anti-trans" boss. Wasn't that the same thing people have been accusing Dan Savage of for years. More to the point, if you make it through life without working with someone you don't politically, morally align with, you've lived a pretty charmed life.
A Colored Sissy on April 10, 2017 at 11:44 PM · Report this