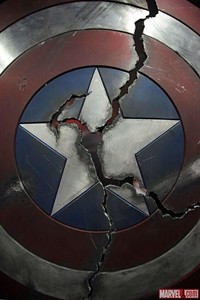 "All OPA investigators will be civilians": No, OPA will make decisions, over time, as to a mix of civilian and SPD officers. There is absolutely no commitment to make it all civilian, and the only requirement for civilians in new legislation is for intake & supervisory people.

"The legislation abolishes the controversial Discipline Review Board": Not exactly. the DRB will be replaced by a single non-police arbitrator AND there will remain a Public Safety Civil Service Commission with three people. Officers facing discipline -- if their discipline is not overturned by the police chief w/o accountability -- then get two shots at appeal.

"court monitor appointed by the Obama administration": The court monitor is a private entity contracted with the City of Seattle as agreed to by Seattle, the DOJ, and, most importantly, Federal Judge James Robart overseeing the case.

The article fails to mention police reform in Newark, New Jersey, which has now set a very different standard.

Lester Black is correct that the Disciplinary Review Board would be abolished under current proposed legislation.
Apologies for the error.

Currently, when a Seattle officer faces discipline, if that discipline has been upheld by the Chief, the officer still has two avenues of appeal: a Disciplinary Review Board and the Public Safety Civil Service Commission.

Under the currently proposed legislation police officers would only have a single avenue for appeal: a three member Public Safety Civil Service Commission, with two members appointed by the mayor and one by city council.

This is a radical change that will certainly be fought by the police unions and will be subject to union contract negotiations (ongoing) before becoming law.

It is also possible that this provision will change between now and when City Council votes in the afternoon on May 22.
HJGale on May 18, 2017 at 11:51 AM · Report this