How Much Will All These Sugary Drinks Cost Under the Soda Tax?

Tess Riski
Back to article

2
If you are going to do this, Seattle, then I'm glad to see fruit juices included. Nutritionists have said for years, "Eat the fruit. Leave the juice alone." Every breakfast table you ever see in the media has a pitcher of orange juice as if it were a healthy choice. And we were told for years that it was. Of course, the serving size has gone from a tiny little 6 oz. serving to almost three times that. OJ was never supposed to be a beverage, but it was promoted that way (drink lots of it!). This is going to be quite a sea change. 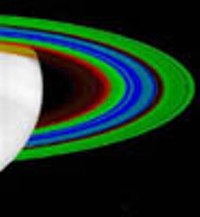 3
Why will the Tropicana Orange Juice taxed? There was no explanation written with that one and it literally says 100% fruit juice on the label in the picture.

Also, this sort of social engineering BS is why I am often very happy I live outside the city limits. I will easily and happily make my sugary drink purchases outside Seattle.

NEVER FORGET
tainte on June 7, 2017 at 3:47 PM Report this
6
+1 asking about the crazy inclusion of 100% Tropicana orange juice. I won't be impacted by the sugar tax because I don't drink any of the impacted beverages, but I think this is a misguided effort to raise money for a cause. Washington should impose a state income tax instead of continuing to add more and more regressive tax categories. How much coca-cola do you think Amazon employees are buying? I bet 3-5% of all of their income looks pretty nice by comparison.
madsea3 on June 7, 2017 at 3:54 PM Report this

7
no one should be drinking any of that crap.

8
Why do some or all photos show a different price for the products than the caption says?
seatackled on June 7, 2017 at 4:39 PM Report this

Which city is this? Do you live in an alternate dimension? Can you take Der Gropenführer, his sycophants, and his enablers over there with you? He'll lower all your taxes and make you sick of winning! Do take them, please!

13
Big Brother loves you and will take care of you. No, don't think for yourself, just love Big Brother and do what Big Brother tells you to do.
Urgutha Forka on June 7, 2017 at 7:50 PM Report this

14
Since we are content to let the wealthy leech off us by refusing to put in a state sales tax, this sort of regressive, essentially stupid tax is what we must resort to.
Catalina Vel-DuRay on June 7, 2017 at 8:40 PM Report this

15
@9: one presumes you are referring to safe injection sites. please provide your alternative to this proven harm reduction approach to the IV drug using population, or STFU.

the poor are as free as anyone to respond to the clear negative incentive. i think the city would be happy to collect no revenue from this tax.

Max Solomon on June 7, 2017 at 8:41 PM Report this
16
They did the same thing here in SF "for the children!". It's always for the children. They never think of maybe--I don't know--putting a limit on what the upper salary is for city employees and using that money; running audits on city expenses to see where the money is actually going; that sort of thing.
They always use the same arguments--
"It's not that much money"
"It's going to a good cause"
"You shouldn't be drinking that anyway"--notice that no one ever says it to your face--they don't want to be told "Fuck OFF!!"
Watch--if you're like here, instead of just assigning any duties to city offices that already do this sort of thing; you'll end up with a whole new city department with a bunch of new city employees and wonder why the budget for the city is so out of whack.
sfhally on June 7, 2017 at 9:01 PM Report this
17
Tess, thanks for adding in the sales tax -- that was thoughtful.

Interesting and unexpected (to me at least) that Arnold Palmer Lite sees the biggest price percentage increase, rising a full 53.7% under the new tax, though I suppose at 75 calories per 12oz serving, it's not a particularly "lite" drink.
C.D.0.7 on June 7, 2017 at 9:48 PM Report this

21
"This is the worst kind of descrimination, the kind that effects me!" - most of the people objecting to this.

People claiming they will shop outside Seattle are hilarious liars.
dwightmoodyforgetsthings on June 8, 2017 at 8:09 AM Report this

nartweag on June 8, 2017 at 11:56 AM Report this
27
The story does a good job of calling out which beverages will be taxed and by how much, but framing it as "how much they will cost" is economically incorrect. Anyone who's even sat in a microeconomics class for a couple weeks knows about elasticity and cost incidence. Not all of the cost will be passed on to the consumer: the higher price would cause people to consume so much less of them that their producers will end up deciding to pass along only part of the cost.

This would also incentivize them to reduce the sugar of their product mix, and possibly even reformulate existing products. Imagine if Coca-Cola didn't contain as much sugar as TWO Snickers bars (39 grams) in each can. Seriously, you're better off eating a Snickers than drinking a Coke.

By the way, we now know that previous guidance to reduce fat (and especially saturated fat) consumption was not only wrong but the most unsuccessful and fatal scientific experiment ever undertaken on our population. It's become increasingly clear that the cause of *ALL* the so-called lifestyle diseases (not just Type 2 diabetes) - killing TEN TIMES as many people as cars and guns combined - is neither fat nor salt but sugar. Yes, that's right:
- Atherosclerosis and heart disease are driven by sugar consumption.
- Nonalcoholic fatty liver disease - our least-publicized epidemic killer - is caused by the conversion of excess fructose into fat in our livers.
- Gout is caused by excess uric acid, resulting from excess sugar.
- Hypertension is caused by inefficient kidney operation backing up the bloodstream due to excess sugar (NOT salt!) consumption.
- Physicians have known for a while now that cancer is fed by sugar. The mechanism may actually be that excess insulin, rather than glucose, is food for cancer cells.
- The medical community is VERY close to renaming Alzheimer's disease to Type 3 Diabetes.

I don't think it's right for milk-based beverages with added sugar to be exempt from this tax - offering chocolate milk as a "healthy" option in children's school lunches is one of the stupidest ideas ever, and mochas are often more sugary than sodas - but I think it's perfectly reasonable to tax fruit juice the same as soda. Any more than a couple ounces of orange juice is bad for you.

As for the diet-soda issue raised by erasedk: sugar substitutes are certainly not digested similarly to sugar. There is no fructose to be metabolized into fat by the liver, and no glucose to enter the bloodstream. It does appear true that by triggering sweet receptors, these substances (including natural sweeteners stevia and erythritol!) appear to provoke a mild blood-sugar response, a moderate insulin response and increased appetite when consumed without calories; but these effects are lower than with sugar, and don't appear to occur when the sweetener is consumed around a meal. Artificial sweeteners may cause other problems (I would rank Sucralose and Ace-K as most concerning, followed by aspartame for at least some users, with - ironically - saccharin and cyclamates as the least concerning). But there's no evidence that they are anywhere near as dangerous as sugar is proving to be.
WriConsult on June 8, 2017 at 12:22 PM Report this
28
Making things more expensive presumes the target audience makes sound financial choices and can't figure out an alternative. The work around is so damn easy here - spend less on other items and drink the same stuff, order from on line vendors, switch to a cheaper brand.

But I'll give city leaders the benefit of the doubt. I look forward to seeing hundreds of newly svelte, previously obese people flooding Sound Transit buses and trains, freeing up seats previously occupied by rolls of blubber. Ditto for the streets of downtown - if I see any fatties 6 months from now, I'll ASSUME they must be visiting from out of town! Does the city know how long this will take? Are local clothing stores packing up all of their plus size inventory, getting ahead of the New Skinny World Order that is surely around the corner?
Jeebus999 on June 8, 2017 at 12:44 PM Report this