Spielberg Not Only Directed a Film With Black Female Leads, It's Also One of the Greatest Black American Films

All are masterpieces and ahead of their time.

4
Just curious, is Mudede yay or nay on Mankiewicz 's No Way Out? 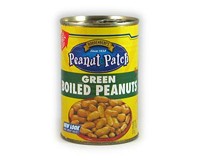 5
I am really glad to see someone stick up for The Color Purple, I have always thought it was under-appreciated, and criticism of it on the basis of Spielberg being a white man, off-base.

You don't have to like Spielberg's style or let him off the hook for unexamined privilege to grant that he's a technically gifted filmmaker, the source material was great, and at that point in his career Spielberg had the clout to attract top-notch talent to the project. Why *shouldn't* it have been a great movie?

I totally get wanting to see the stories of black Americans told by black American directors, but even so it costs nothing to give credit where it's due in this case.
piminnowcheez on June 24, 2017 at 10:16 AM · Report this

7
Excellent post, Charles.....Christmas Day, 1985, Uptown Cinemas, with my Mom and Dad and Sister, I'm 21 then, and to be honest, at first I'm more concerned that Spielberg did a film without a John Williams score! Then the film starts...My Mother is from Korea, her family was wiped out in front of her when she was a little girl, she was raised in orphanages. My dad was 18, and Uncle Sam sent him to Korea...they met and came to Seattle when Boeing would hire anybody in a uniform,,,,Anyway, my mom sobs during the film, especially at the tragedies that befall Oprah's character. At the end, she is blown away and says, that's a film about women, that's a film about women surviving....That's how I remember the Color Purple, as a [iece of art that transcends circumstance and gets to the heart of things real fast....All the Spielberg detractors, all the hearts, oh well,,,I've seen this film rip a response from the heart and demand that its story be told and that its story be true! Yeah, Chuck, it's a solid Spielberg flick!
Wild Bill on June 24, 2017 at 12:01 PM · Report this
8
Honestly I don't even understand the purpose of attack some actors privilege because they didn't recall a movie from 32 years ago. Who wins?
Sportlandia on June 24, 2017 at 1:41 PM · Report this