Single-Family Zoning: Pricing Families Out of Seattle, Fueling Gentrification and Displacement, Contributing to the Homelessness Crisis, and...

1
But the people in charge like it that way. They don't want to have to look at poor people.
agony on August 7, 2017 at 11:30 AM · Report this
2
Were not most large American cities once mostly single family homes? Hence, the inherent racist disposition alluded to in this piece should be tested to see if applies retroactively in the historical context.
raindrop on August 7, 2017 at 11:43 AM · Report this

3
It also insures that my neighborhood stays nice, clean and comfortable. I don't have to worry if my neighbor is going to take care of his house he owns it. The laws keep the volume of people down too - I don't feel crowded in my own space. So while SFH has some bad effects, the positive ones outweigh them by a lot.
JF on August 7, 2017 at 11:44 AM · Report this

5
Walk by any apartment building with balconies and then look at SFH on the same block. You can tell a huge difference. Ownership of a home makes a huge difference in the upkeep maintained by the occupants.
Last of the Time Lords on August 7, 2017 at 12:16 PM · Report this 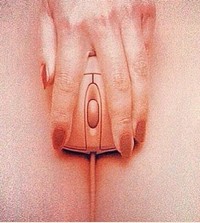 The statistic of 2/3 of Seattle being zoned for Single Family Homes is incorrect. The 66% number (2/3's) quoted hear is from HALA report and includes Parks and public open land like greenbelts. Also it excludes public rights of way which boost the Single Family Zoning number reported by HALA as well.

We actually only have 35% Single family zoning in Seattle and that number is shrinking with every upzone. All the people who want to start families or buy a home will be pushed farther and farther out.
Newsmama on August 7, 2017 at 1:18 PM · Report this
10
@3, for anyone wondering this is a perfect example of neoliberalism that is ACTUALLY neoliberalism. "Public resources are best maintained by making sure each has a private owner with a profit investment." THAT (and not any policy position Hillary Clinton put forward on education) is what neoliberalism is. Please make a note of it, so you can speak more accurately.

Also. Jesus H. Christ, 2/3s? Y'all are fucked. By comparison this 2015 housing inventory from SF shows that SFHs are 32% of our housing stock. Stare into your future Seattle! If we're getting priced out (1br apartments are regularly $3.5K to $4K a month), the worst of your housing crisis can only be ahead of you.

11
What about the black homeowners being priced out. Surely, a regressive tax situation and constantly raising property taxes had nothing to do with that.
TheMisanthrope on August 7, 2017 at 1:28 PM · Report this
12
@9 you are incorrect. You can see the data here (though this is from a 2013 report - it hasn't changed much)

~21K of ~34K of Parcel acres zoned by the city for residential, commercial and industrial use are single family residential.

17
So, can someone tell me which are the condos being built with units designed for families? Specifically? Condos are going up all around me, but I don't see any families with children in them.

How is changing zoning going to create affordable condo or apartment units for families with children, whether for POC or whites? What am I missing?
cracked on August 7, 2017 at 4:55 PM · Report this
18
@11:

It hasn't been the property taxes per se, but the super-heated real estate market driving up property VALUES, which in turn inflates the amount of property taxes owed, and which otherwise might have been more moderate.
COMTE on August 7, 2017 at 4:59 PM · Report this

19
oh enough already - yeah, me living in my house has cause the homeless campers to shoot drugs all day. so does high rent - it LITERALLY forces campers to not accept help, shelter beds, or (god forbid) take some responsibility in their life.

SwampThing on August 7, 2017 at 5:11 PM · Report this
20
@2, 16: In the early U.S., most people could only afford one room, not a whole house. The large mansions were single-owner but not single-family; places like Monticello had up to 100 house servants (and/or house slaves) living together in the same building as the owners. There were large numbers of rooming houses (which rented you a room, no food) and boarding houses (sharing food at a communal dining room, such as the one where Typhoid Mary worked as a cook) throughout the history of the country: Some were converted to single-family dwellings in the 1950's. In fact, looking at older buildings of New York or Philadelphia, you see ONLY such structures. "Apartments" have the whole living unit physically "apart" from the others, so you could cook your own food-thousands of these were built in New York and Boston at the same time as the first subways, starting about 100 years ago. Many of the 3-story rowhomes in many older cities actually were 3-apartment buildings originally. Many of the first suburban single-family dwellings were tiny (one-bedroom) houses thrown up in 1942-44 to house factory workers building planes, boats, or munitions far enough from the city center to prevent devastation to the city in case of an accident, and served by streetcars (e.g. the suburb of Dundalk outside Baltimore).
Biologist in the stix on August 7, 2017 at 5:46 PM · Report this
21
@20 - Fascinating, thank you.
raindrop on August 7, 2017 at 8:09 PM · Report this
22
I don't see at all how this piece is representative of the current situation in Seattle. The 1 bedroom apartments currently being built are comparable in rent to what one could rent a four bedroom house for 6 years ago. Single family homes are not pricing out the poor, developers and the new wealthy demographic are.

I currently rent a room in one of the few remaining affordable rental homes in Seattle. Developers are making offers on all the properties on my block. If my landlords weren't wonderfully stubborn I have serious doubts about being able to afford an apartment in the building that would likely be built over my current home.

Bulldozing homes, forcing the poor and middle class to leave the city and renting out boxes to the wealthy is hardly a push towards economic or racial justice.
FMLOL on August 7, 2017 at 8:25 PM · Report this
23
@22,

Given the current climate. I highly doubt that your landlords are "wonderfully stubborn". They just haven't been offered the right price yet.

"Bulldozing homes, forcing the poor and middle class to leave the city"? This implies that they are selling their home and leaving. Is that what you mean? Well shit, If you offer me 150K over what my place is worth. Then you can have it. Don't blame them for that. 'Bulldozing homes' can't happen unless a "Home Owner" sells their own home. If you were a home owner, I'm sure you wouldn't want a person or government entity trying to tell you when/why/how/who to sell to/if/how much to sell your own property.

PS: If your building owners don't sell when the rest of your block is sold. And apartment buildings are being built on your block. Your 'wonderfully stubborn' owner's property taxes WILL go up. Then your rent will go up. As they will not absorb the increase themselves. Don't believe me? Just ask them. Then report back how wonderful they really are.
Thrill Killer on August 8, 2017 at 11:06 AM · Report this
26
Re: renters vs owners taking care of their property

@thrill I don't think anyone is intending to blame owners who sell their homes when it would most benefit them to do so. This is a symptom, not a cause.

Generally, I don't know so much about gentrification, but I watched all this happen in Austin and I was wondering if it would do good instead to pass an ordinance that prevents someone from owning a home that they don't occupy themselves a certain number of days a year. Or some other way to limit investment properties? I mean, just wildly speculating here. Then rentals would primarily come from apartment complexes and home prices would stay low enough right? Or is this a totally stupid and wrongheaded idea? It was disturbing watching entire neighborhoods get bought up by people in other states, then rented out to people who'd just moved there, then property taxes drove out others or promise of doubling money on the house bought out plenty (and I'm not blaming them for selling) until home-ownership was no longer an option for any average income people and traditional neighborhoods were destroyed. So I'm trying to jump to what started it altogether, and it seems like it was people coming from CA and other places where they'd sold their own homes for double its worth and using housing as an investment rather than a place to live. The apartment rents then went up while all the rest of us were pushed either to the outskirts of town, the burbs, or into the countryside. And now, Austin is growing into the countryside as well. What can you do?

B/C as others have pointed out, it seems like simply changing the zoning won't make things affordable for families. Most new condos and apartments are for working professionals- very expensive, centrally located, no space.
EmmaLiz on August 8, 2017 at 6:24 PM · Report this
28
@25

I know this because I've looked for rental homes at at least two different points over the last few years and there are FAR less than there used to be. The homes that are for rent get more and more expensive every time I look.

As far as pushing out the poor and middle class, I'm talking about renters. I don't blame homeowners for getting a major payout.

And yes, if the property taxes on my home go up I'm sure that will increase my rent. Kinda makes in my point, doesn't it?

29
@28, just call me Captain Obvious. You can keep wearing those Rose Colored glasses. It is Summertime after all. Keep us updated on your wonderful landlords. kthxbye.
Thrill Killer on August 9, 2017 at 10:08 AM · Report this