1
nice to use 5 year old photos of derelict RV's to show that nuthin really changes in seeadduhl, urp....what about the meth heads holed up in there stealing our fancy bicycles and chopping them up to buy more meth,,,,my heart bleeds for them poor addicts, we should all shell out dough and chicken soup for those poor poor things,,,,here, we can use your yard,,,
Wild Bill on October 3, 2017 at 5:26 PM Report this
2
Oh look, it's this again.

3
Woh, it's like like, uh, well, we've been here before or something,,,,"The homeless population also was growing and in 1984 Seattle Mayor Royer convened a 70-member task force to tackle the problem,,, Royer’s taskforce on homelessness found existing programs to be “overwhelmed” in their “limited ability to expand services” and meet an ever-growing need." That was in 1986....
Wild Bill on October 3, 2017 at 6:10 PM Report this
4
Thanks for pointing that out there Wild Bill. What's your *solution* to the whole homeless crisis? And just for argument's sake let's stipulate that we're discussing those that aren't meth heads.
2flyingmonkeys on October 3, 2017 at 7:45 PM Report this
5
There are people living in RVs on the street behind my office building. My co-workers who are not lucky enough to live near our inadequate public transport system would like to use those parking spaces to get to our good-paying jobs, which bring plenty of tax money into Seattle.

Any ideas?
tensor on October 3, 2017 at 10:35 PM Report this
6
Has anyone considered... moving their cars/RVs every 72 hours? Seems like an easy way to avoid a ticket?
mamba on October 3, 2017 at 10:52 PM Report this
7
Kinda funny that a paragraph beginning with “How does the city expect us to be able to get into permanent housing...” ends with “...when I leave to go sell the paper, speak on homeless issues, or advocate on homeless issues.”

Maybe you will become less homeless if you make your day less about homelessness.
C.D.0.7 on October 4, 2017 at 12:03 AM Report this
8
@6 the meth addicts aren't very good at telling time and those living in their RV's who aren't meth addicts already know to move around every day or two
Cato the Younger Younger on October 4, 2017 at 2:16 AM Report this
9
Something tells me that the raw statistics don't give much weight to Mike O'Brien's contention that the 72 hour rule has punishing effects on people living in RVs.

There are between 1,000 and 2,000 "vehicular residences" on Seattle streets. Last year, only 125 RVs were impounded for any cause. Heidi writes that "the most common cause" of RV impounds was violation of the 72 hour rule, but she conveniently avoids citing the specific statistic. So the reader is left wondering, exactly how many? And even if it was 100 percent, that's still only 7 to 13 percent of the "vehicular residences" on the streets. And Heidi doesn't specify how much the tickets cost individually or in aggregate.

So we're left with an impression of a problem, the assertion of a problem, rather than the demonstration of a problem. Yet Mike O'Brien wants to normalize a situation he doesn't even understand. Despite his denials that the policy would attract RV dwellers to Seattle, O'Brien can provide no reasonable assurance that his proposal won't increase the numbers of RVs on the streets. We'll just have to trust his judgment.

O'Brien believes that Seattle citizens have a moral duty to support his ill-considered proposal. He wants to get it through by Council vote or by executive fiat. He's only got a month before a possible Jenny Durkan administration, and she has declared opposition to O'Brien's scheme.

So we're seeing a orchestrated press campaign (Heidi has long been a cheerleader for anything Mike O'Brien) to make it appear that there's a problem that O'Brien's proposal would and should fix. The data is lacking, but there are assertions in abundance.

And O'Brien's clear message is: we're gonna do it because we want to do it, facts be damned. And you'll just have to live with the suck.

10
@6: People try storing cars around my neighborhood often, and for some reason, they are almost all too lazy or stupid to just move the damn thing to a new spot every couple days to avoid scrutiny/ticketing. As if no one is going to notice this strange car that literally has a cobweb in the wheel well.

I can't explain it either. The stupidity/laziness just baffles me.
Theodore Gorath on October 4, 2017 at 6:47 AM Report this
11
At least 1/3 of these motorhomes and school buses are rental units owned by a couple of people. Pretty good business model, all cash and low overhead. Don't have to report the income and if your tenant doesn't pay you don't have to worry about evicting them you just cut another tenant a break on his rent to kick his ass.
Seattle in Alaska on October 4, 2017 at 9:43 AM Report this
12
I have a hard time with policies to apply the law unequally. Can I leave my RV on the street (I don't have one) for more than 72hrs? No, because I don't live in it. Did my car get ticketed when I left it for 5 days when I went on a trip, but I we wouldn't want to ticket if I lived in it?

When the law is unequally applied, we make a mockery of it. If the law is unfair, change the law, not selectively enforce it.
simnick on October 4, 2017 at 11:01 AM Report this

I'd be slightly more likely to support some of MOB's proposal (specifically, the safe lots; I'm against allowing parking willy-nilly) if he had a strong public safety component. I've tried twice to get his POV on that and been met with crickets (and, I imagine, Jessie's eye rolling). All that's missing from the proposal is some language like this:

* The SPD will conduct X% more daily patrols in the area of each safe lot to mitigate potential crime caused by those vehicular residents suffering from addiction and creating addiction-driven property crimes and other issues.

That's not "criminalizing poverty." That's acknowleging the issue MOB and others seemingly cannot comprehend: a large number of RV dwellers have an addiction that causes them to steal and/or create noise, engage in prostituion/pimping, illegal waste dumping, etc.

And beyond all this, why is MOB focused on this when it should be all hands on deck, ring the fire bells sort of action on building housing/shelter NOW? Dicking around with this stuff wastes time and alienates the people who have common objective with him: SHELTER THESE PEOPLE NOW.
Jubilation T. Cornball on October 4, 2017 at 11:12 AM Report this
14
You can't afford to live in Seattle? You have wheels, drive yourself somewhere else to camp out and live out your little pioneer fantasy. The people who live here and pay taxes do not want your nasty crap all over their town.
randommonkey on October 4, 2017 at 11:58 AM Report this
15
@9 Thanks for crunching the numbers, it's nice to see something beyond idle speculation on how policy changes might affect the homeless population.
hbb on October 4, 2017 at 12:17 PM Report this 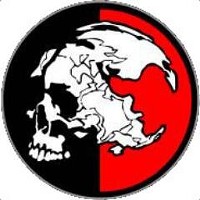 16
lol look at this thread of fascists jerking each other off at the prospect of terrorizing people living outside
Big Boss on October 4, 2017 at 1:42 PM Report this

17
@4, I have no idea, maybe there is no solution. For those thrust into homelessness due to catastrophe or crime, such as battered women and children, surely society has to have a safety net to fall into so they can return to society, which most do,,,,for the hopelessly addicted or the wandering mentally ill or the criminals, I, alas, no longer have a heart. What becomes of them becomes of them, just stay the fuck off my lawn! And no Park camping!

"The old port with narrow streets and cobbled surfaces, smoke-grimed, goes into a period of desolation inhabited at night by the vague ruins of men, the lotus eaters who struggle daily toward unconsciousness by way of raw alcohol. Nearly every city I know has such a dying mother of violence and despair where at night the brightness of the street lamps is sucked away and policemen walk in pairs. And then one day perhaps the city returns and rips out the sore and builds a monument to the past."
Wild Bill on October 4, 2017 at 3:30 PM Report this
18
"There is no way I can afford housing in Seattle and also pursue my goals I have in my life," Sidwell said.

This is one of those statements that just invites a whole ton of questions. He specifies "in Seattle" which seems to suggest he could afford housing somewhere else. Or he could afford housing in Seattle if he didn't pursue some mysterious unspecified goals, which also seems strange, and there are relatively few goals that seem more important than being housed. The quote doesn't exactly inspire a lot of sympathy.
MarcVH on October 15, 2017 at 8:04 PM Report this
19
This solution is simple. Since people who work at City Hall park their cars in some garage near the building, we can allow homeless people to park their RV's in the same garage with no penalty. If the City employees find that solution unappetizing, well then welcome to our world.
Yossarian22 on October 23, 2017 at 11:32 AM Report this