1
The most important question is not who it huts the most, which is subjective, but rather have I accommodated other points of view and do I have all the facts for determining the best public policy based on science.
raindrop on October 6, 2017 at 11:23 AM · Report this
2
Truly, Ms. Myhre - what is the point of this?

I don't mean the point of this particular subject in this particular column. You don't approve of Cliff Mass professionally and you seem to dislike him personally enough to go after him personally in print and open yourself to possibility of being sued into the land of professional ruin. I'm not saying that Cliff Mass would, but you accept the risk of this happening when you willfully target someone repeatedly in publication form.

So, again - I ask as a individual with a science background and the degrees to match - what's your motivation here? You've written several articles about being obligated to bring attention to climate change to the masses and point out the problems with the situation as you see it. But you're applying all this on a platform that is largely being sung to a choir. Most of the Stranger's regular and local readership tend to support that Climate Change is a thing and something has to be done about it, so you're not really on a mission to change hearts and minds when most of the hearts and minds you're appealing to don't need conversion.

It seems to me that this is all a little self-serving and maybe more than just a little. Yes, sure, Mass has a blog and he does provide his profesional, academic point of view on various topics including Climate Change. I don't always agree with him but he does make an effort at trying to support his argument with some attempt at data but in large part, his blog exists to educate about and bring attention to local weather phenomena. You can easily just not take in all the pontification on his blog and still read about weather science as it applies to a local community.

These articles, as coherently as they may be written, seem sort of singular in their motivation, which is to attack a member of the science community. Repeatedly. There are other staffers here that share in this past time but they're not a trained scientist so their motivations are generally more about being a troll. And for someone who is adamant about needing to bring attention to the issue of Climate Change and climate science- you seem to spend a lot of time ultimately distracting from that cause by going out of your way to target one individual. Please stop.
devilwithinthedetails on October 6, 2017 at 11:55 AM · Report this

3
there's an entire industry that is Climate Denial. consultants, lobbyists, energy company PR, etc. they purposefully distort and Gish Gallop all over the Scientific Consensus on the issue (a consensus that Mass agrees with) to delay meaningful action. They have done so since before Al Gore got fucked out of the Presidency. their budgets for carrying out this program appear infinite, because they come from Oil and Gas $$$. it works. it's convinced the small-minded (but again, not Mass) that ACC is a hoax, and they believe it irrationally, like religion.

but the problem is that Liberals get emotional and use hyperbole. right.

if every Liberal on the Earth were as sober and factual as humanly possible, the Denialists would still deny. Its their job, after all.
Max Solomon on October 6, 2017 at 12:08 PM · Report this

6
Sounds like you're in denial about global warming being a farce. Typical Denialist.
Idiot Sawant on October 6, 2017 at 12:14 PM · Report this 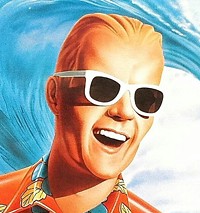 7
Sarah, you state: "He has an enormous platform and with that platform comes responsibility, and this is a responsibility to not distort science through a partisan paradigm."

Yet recently you wrote a piece for the Stranger, where you stated that male scientists who criticize the research conclusions of fellow female scientists are misogynists.

In addition, you defended Charles's absurd belief that scientific facts don't matter when it comes to climate change, as long as the ends justify the means.

There will always be deniers and conspiracy theorists, but helping them out through hyperbole and inaccuracies does not help the situation. You can't help what the deniers believe, but you can clean your own house - which I think is what Mass is calling for. Stop misrepresenting the situation in the other direction - the consequences are already severe and damaging.

(I would add that instead of blaming the recent destruction caused by storms and wildfires on climate change,its much more productive to ask why the infrastructure is so ill equipped to deal with disasters).
twem2 on October 6, 2017 at 12:48 PM · Report this

Sarah is an ocean and climate scientist trained to think about how abrupt climate change impacts physical and biological systems. She received doctoral training in paleoceanography, climate change, geochemistry and marine ecology from the University of California at Davis. She is deeply interested in how ocean systems will be disrupted and reorganized by anthropogenic climate change. In particular, Sarah investigates past events of abrupt climate change to provide informative windows into the capacity for global-scale events to disrupt regional ecology. Sarah is committed to improving communication between climate scientists, policy makers and citizens. Climate and environmental scientists are tasked with providing the analytical and decision-making tools for science-based policy. She looks forward to bringing science to constituents, decision makers and the public sector to solve the problems of the future.
blip on October 6, 2017 at 2:50 PM · Report this

18
Lyrical and sad, Sarah. Condolences.
Bauhaus I on October 6, 2017 at 4:11 PM · Report this
19
Much of this piece is simply not true and on the verge of libel.
I have NEVER blamed liberals for lack of progress on climate change. NEVER.
Why does Sarah Myhre make this up?
I have stated on numerous occasions that global warming is a serious issue that needs immediate attention.
I am strongly against the proliferation of guns and have been a member of WA Ceasefire.
I DO believe that folks like the Strangerr's Charles Mudede and Sarah Myhre, who willingly and deliberately distort and exaggerate the truth are a real problem. Both have told me in person that it is fine to hype global warming effects to get folks to do the right thing. Both are willing to harm and attack others they don't agree with. They want to shout down and shut down those they disagree with.

Regarding the seminar, one of the speakers and his colleague (Prakash, Nives) has written about the subject of exaggeration and how it harms our ability to deal with climate change (see below) Sarah Myhre should read it and get better better informed about their opinions.

Sarah Myhre and Charles Mudede are both advocates who are doing substantial harm to efforts to deal with climate change. Their untruths, exaggeration, and personal attacks are exactly the kind of activities that fortify those wishing to ignore climate change as an important societal issue.

You wrote: "Both have told me in person that it is fine to hype global warming effects to get folks to do the right thing."

And that made me lol because anyone who has worked with Dr. Myhre knows she doesn't think like that and, in fact, I can't think of a single fucking scientists who thinks like that...at all. So when you say shit like that about other scientists, it just reveals your own deeply biased politics when it comes to climate change. Good luck continuing to make an ass out of yourself by refusing to engage with the actual points about climate policy and ethics your colleagues keep raising. Also, be less sexist.
Aaron Huertas on October 9, 2017 at 11:59 AM · Report this