1
So, the outrage is because Sharon Needles is a non-PC fuck what anyone things drag queen? I'd hate to break it to all of you triggered millennial but THAT'S what drag was all about years ago. Pissing on everyone and being outrageously shocking.

And Sharon was the peak of RPDR...after that it's been shit
Cato the Younger Younger on October 31, 2017 at 1:06 PM · Report this
2
"queer has been thoroughly commodified and stricken of meaning"

Okay, I’ll bite... what exactly does queer mean?
C.D.0.7 on October 31, 2017 at 1:09 PM · Report this
3
Are these people protesting the Queer/Bar because it's new or because of their ignorance of Sharon Needle's art? If it's about Sharon Needles, not only do they seem to misunderstand her, but where were they all when Needles performed at Pride Fest this past June? A far larger event but no protests.
burnitdown on October 31, 2017 at 1:15 PM · Report this
4
(Aside to Stranger staff: we get it, you liked Purr. That said, your favorite twink cocktail bar simply didn’t grow enough to keep up with rising rents, and now your privileged asses are all acting like you’re victims out of it. Stop treating Queer/Bar like it’s entering the neighborhood with some type moral indebtedness to its local celebrities. If you’re still grouchy in a week, just publish a bad review of the food or show... then make yourselves move on.)
C.D.0.7 on October 31, 2017 at 1:20 PM · Report this
5
Sorry, "queer" no longer includes gay men? Fuck y'all. That's the dumbest fucking shit I've ever heard. I gay bar is by definition queer. And if it's lost all meaning it's because it was never supposed to have stable meaning the first place. That's what made it queer. To paraphrase Eve Sedgwick, the only thing it takes to make someone queer is the impulse to use it in the first person.
LukeJosef on October 31, 2017 at 1:21 PM · Report this

6
still the best drag name I've ever heard.
Max Solomon on October 31, 2017 at 1:21 PM · Report this
7
@3, it's called outrage for the sake of outrage. But reading through the Facebook posting about this...shit the LGBTQ community is starting to sound like a bunch of fucking assholes. It's like reading the tweet outrage of Trump.
Cato the Younger Younger on October 31, 2017 at 1:49 PM · Report this

8
Queer/Bar has everything. This is the event that answers the question, "Whuuut?". Inside, you'll find bears, twinks, sunburned drifters with soap sud beards, a rabbi that looks like Joaquin Phoenix, puppets in disguise, and even a human fire hydrant.
eclexia on October 31, 2017 at 1:55 PM · Report this 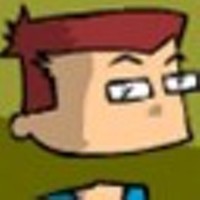 11
You might want to look up the definition of words like figure head before you use them.
danindowntown on October 31, 2017 at 2:32 PM · Report this
12
@8 agreed, YES YES YES YES!
Geekwired007 on October 31, 2017 at 5:46 PM · Report this
13
I don't have any previous knowledge of Ms. Needles,
But if you have an opinion on if she should be "allowed" or not to perform at whatever venue, I hope it's the same opinion you have for when various conservative types come to speak.

I mean, as long as your political philosophy is something other than "My way, right or wrong"
Sportlandia on October 31, 2017 at 5:47 PM · Report this

24
The big issue I have with this is the invention of a standard of behavior that boils down to, "If it hurts someone's feelings then it's not cool."

Moreover, pretty much everything you say or do has the potential to hurt somebody's feelings. Heck, pointing out that the sky is blue probably hurts the feelings of the Fox News crowd.

That's not to say we should let up on Donald Trump! On the contrary. But it does mean that the Ciseauxs out there probably need to understand that (a) they will never live in a perfect world where no-one ever hurts their feelings and (b) no-one ever really has any clue what kind of a life anyone else has gone through; that applies to the Ciseauxs of the world judging Coady and assuming that he hasn't seen the shit they have.

I'm enough of an old-school liberal to believe very deeply in judging and accepting people as individuals. I'm also self-aware enough to know that I have my own deep-seated prejudices that prevent me from doing that; that, too, is part of the human condition. But I keep up with the struggle within myself to be that better version of me as much as I can.

That also means that, being very much aware that we all have our flaws, I try to be strong enough to cut people slack when they say or do things that are hurtful to me. There's a lot to be said for approaching people with the understanding that we all want what's best, even if we do deeply disagree about what that means or how we get there.

That's not to say that we ought to accept racism or sexism or any kind of discrimination. Just that we ought to set the bar in some other way. Feelings are such slippery, mutable, deceitful things. We probably pay way more attention to them than we should. But then that, too, is all part of being human.

25
@24: Funny thing about those "old school liberals." They are now right wing fascists, despite their politics not changing in the least.