Lars Larson and His Listeners Are TERRIFIED of the Pacific Northwest! 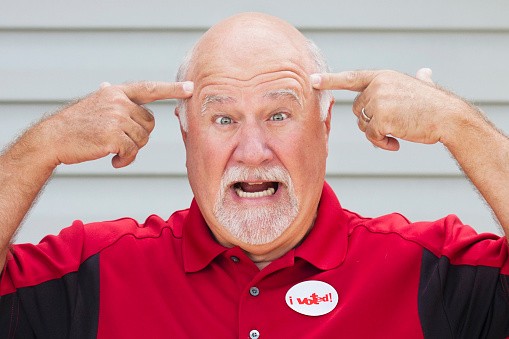 We already know that the GOP and its followers thrive on one emotion: TERROR! They are absolutely TERRIFIED of the following (in no particular order): women, equal pay, health care, black people, brown people, some Asian people, LGBTQ people, atheists, immigrants, Russia investigations, sexual assault investigations, protesters, and especially SCIENCE. (Science? Quick! Buy as many guns as you can!) And apparently, local conservatives have added another blood-chilling TERROR to their list... the Pacific Northwest!

Local radio personality (yes, apparently radio personalities still exist, even in 2017) Lars Larson of KVI is leading the charge of being terrified of his own home by publishing the following poll on Twitter:

Have the big cities of the Northwest become too dangerous to tolerate?
— Lars Larson (@LarsLarsonShow) November 13, 2017

Currently, the TERRIFIED people are winning—though in fairness, one doesn't listen to Lars Larson unless one is already terrified (probably of the things mentioned above). HOWEVER! In fairness, The Stranger is pleased to run a competing—and far more scientifically accurate—poll.

Aren't you just TERRIFIED of big, bad cities in the horrifying Pacific Northwest?