1
This will definitely help the homeless situation.
Seattle in Alaska on November 16, 2017 at 2:16 PM · Report this 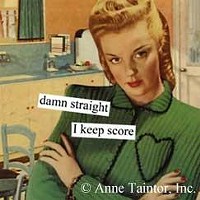 4
Also, fuck you Christians, gay people aren't broken, no one is broken. The only thing broken is your book and religion which is a LIE. Your religion breaks people.
danindowntown on November 16, 2017 at 2:54 PM · Report this

Apparently, it's no longer good enough to be a member of a protected class in the eyes of most employers. Now this guy wants a religious organization to be forced to compromise on their principles.

11
@10, This has zilch to do with marriage equality or their religious values. In this context they are acting as employers, not a church. In the state of Washington, it has been illegal for employers to discriminate in hiring based on sexual orientation since the 1980s.
blip on November 16, 2017 at 6:55 PM · Report this
12
@11. “It has nothing to do with their religious values”. You do realize the charity is called Union Gospel Mission, right?

And to the super progressive kneejerks who won’t donate anymore, “That’ll show those bigoted...ummm, homeless people???” Good one.

It’s a religious organization. It’s bigoted by nature. But they also believe in helping people who are suffering. Are you people waiting for the perfect lgbtq friendly charity to form up and solve the homelessness crisis in a non judgemental, super PC fashion? What’s stopping you from donating your entire life and being to the service of others for little or no pay? Oh right, that sounds like a shitty life choice and let’s just leave it to the Jesus freaks...who happen to not want to include homosexuals in their organization. Price you pay to pass the buck.

It’s like a blizzard there’s so many snowflakes around here.

13
Terry is his first name, and Pallas his surname? Not according to his LinkedIn profile.
Fred Casely on November 16, 2017 at 9:42 PM · Report this

14
I have to admit that I'm prejudiced in favor of the Mission.

I'll preface this by saying that I'm an out gay man.

A similar Mission to this one saved my life. They took me in at a time when the drugs were running completely out of control and I was swiftly spiraling downwards. They put me up, completely free of charge, helped feed me, gave me the space to get my head straight, helped me decide on a long-term goal (which I recently achieved), allowed me extraordinary freedom to explore my spirituality (both in Christian and non-Christian contexts), let me live rent-free while I saved up money for the next step in life, and gave me a car.

In return, they asked me to attend a church service every Sunday and they asked that I be open minded and listen to what they had to say about faith.

We did have discussions about my sexuality. We did disagree a fair bit. But those discussions were civil, and when my partner at the time came to visit me, they were friendly and welcoming to him as well.

They taught me what true Christianity is. Not the parody we see on TV, in Washington or elsewhere. These were people who had given themselves to Christ and were living extraordinarily humble lives of service to the lowest of the low. "Whatever you did for one of the least of these brothers and sisters of mine, you did for me." That was their watchword.

So frankly, I really don't give a damn if their politics isn't perfect. I don't care what they think of same sex marriage or bathroom laws or any of the rest of it. I owe them my very life. They are out there making people's lives better in ways I'd wager few of the people reading this blog ever will.

So on this question, I unapologetically stand with the Christians. Leave them alone. Let them do their work. If they don't want LGBT people working from them, then we can find another way to contribute instead of forcing the issue with them.
Corydon on November 16, 2017 at 10:50 PM · Report this

15
@12, being a religious organization does not exempt anyone from state employment discrimination laws
blip on November 17, 2017 at 7:35 AM · Report this

16
I should correct myself from earlier: WA banned employment discrimination for state positions in the 80s and expanded it to all employment in 1999
blip on November 17, 2017 at 7:47 AM · Report this
17
@15 That's a laugh, blip. Next you're going to tell me that this guy could also sue the Catholic Church for refusing to accept him into the priesthood because of his orientation.
herrbrahms on November 17, 2017 at 7:59 AM · Report this

19
Public and Private funding should stop for UGM. it worked on the Boy Scouts. it'll work on them too.
Thrill Killer on November 17, 2017 at 11:07 AM · Report this
20
Just because someone graduates and takes the bar to become a lawyer doesn’t mean that they are a good lawyer. I’m all for gay rights, but move on. As a gay man, people like this embarrass me because they think their lifestyle is the preeminent authority on how everyone else should lead their lives. And if you are going after a job as a lawyer for a not-for-profit seeking to help those less fortunate and not a high paying position, in say corporate law, then logically you can’t be all that great an attorney to begin with and are looking for a backup. So what’s the end game and where is the benefit. As a volunteer he knew the score and still volunteered with a religious organization for years and to anyone with legal expertise; it will look like he has been planning this all along to extort money from the organization, like vicious gay men like to do when they don’t get their way with everything else from cakes to flowers to haircuts. It just makes the community as a whole look bad and should UCM be forced to shutter because of this we can blame the gay community when there is one less resource available for the exploding population of homeless and needy in Seattle.
ROThornhill on November 17, 2017 at 11:57 AM · Report this

21
@20, We decided as a nation in the 1960s that discrimination based on race was a bad thing, and now that same concept is being applied to queer people. I've never understood why anyone would defend discrimination, particularly someone who belongs to a class of people who are routinely subject to discrimination. It's really weird and sad for you that you seemingly harbor more resentment towards your own community than you do for the kind of people who would violate the law by refusing to hire or bake a cake or whatever for someone like yourself.
blip on November 17, 2017 at 1:05 PM · Report this
22
@21 who is The Community of which you speak who will step over their their own who are drug addeled and homeless on their way to go clubbing at the bars. I have been told never to help my own because “they’ll just by drugs with it” or “they’ll just buy booze with it”. I give anyway because people are hungry and people have no hope and need hope. The gay community as is stereotyped in parades and on television are elitists and those of us outside the box who dare to buck “communal thinking” in lieu of the individualistic thinking and beliefs is both a non sequitir and hypocritical to what it means to be a community believes and that is simply pathetic. There are those of us who believe in the common good of all others, follow a faith higher than ourselves and to believe that we are somewhat better while gay youth is someone else’s problem or that homeless gays (no matter the age or gender) who are dealing with drug and alcohol addition can simply be written off with a check to a “foundation” is both baseless and not helping the situation. Certainly suing these organizations to promote that who we sleep with is more important than what any organization can do for the greater good, no matter how small it may seem, nor great it may appear is offensive. It’s not about us but our community and we can’t rise above what someone else belief system seems to cause personal offense which is petty at best. Regardless of who we sleep with, what color our skin is or what gender we happen to be people need help. Anything else is selfishness and we, who do buck “communal thinking” know better and have no less a right to say so.
ROThornhill on November 17, 2017 at 4:46 PM · Report this
23
@21 would love to see the “diversity” in the pictures shown by The Stranger. Funny, nary a homeless, Black, Asian or Indian (American or otherwise) to be seen. The discrimination protest seems to be odd at best. On the other hand: