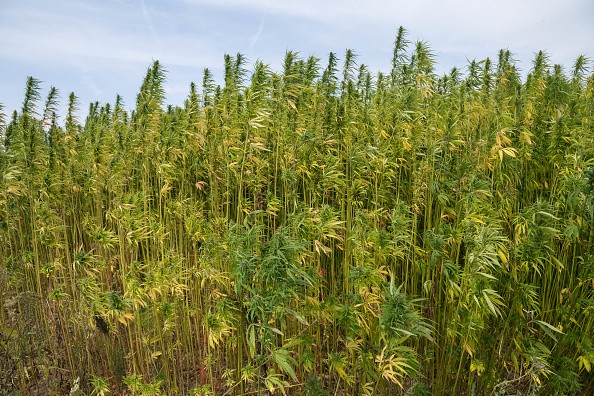 Happy Thanksgiving weekend! Hopefully you enjoyed a tasty meal yesterday, and if you spent time with relatives, that you were able to cope without pulling out too much hair. Meanwhile, in the world of weed, a report shows hemp acreage growing across the United States, a Swiss Company sells ‘low THC’ products in Europe, and a new data project seeks to preserve weed strain information. Read on.

Apparently, there’s a loophole that has allowed a company in Switzerland to sell some CBD oils and balms and “low THC” products at tobacco stores. But you’d probably have to use a lot to get high. According the Guardian, because of the loophole, “THC is allowed up to 1 percent concentration, and in 15 to 20 shops in France, where the limit is 0.2 percent.”

While everyone’s talking about how much the cannabis economy is growing, hemp has enjoyed a quiet, steady and rapid rise to command a robust economy of its own. A 2017 report stated that the acreage of hemp crops has more than doubled in the past year. Washington is among the states that didn’t grow any hemp last year—but now has 160 acres of it.

The Washington Post reported on the boom of home-growers in Washington D.C. since the district made it legal for individuals to grow up to six cannabis plants—and it includes everyone from yuppies to hobbyist gardeners to old folks who are transforming spare rooms and basements into hydroponic grow rooms. Beats the hell out of Airbnb!

The drug charges against Jonathan Hunt—a consultant who assisted the Sioux tribe that tried to build a ‘cannabis casino’ on their reservation in 2015—have been dismissed. After the Flandreau Santee Sioux abandoned their plans to build the casino, Hunt was charged with several felony drug counts, including possession of up to one pound of marijuana, which Hunt pled guilty to.

A South Dakota judge dismissed the charges and expunged Hunt’s record after he paid a $500 court fine. “I feel free,” Hunt told the Associated Press. “I think the whole thing never should have happened.”

Instead of combing the internet for Black Friday deals, why not head to opencannabis.org and nerd out on all the amazing cannabis varieties that exist in the world? The Open Cannabis Project is building an archive of all of them (so far they’re getting close to a thousand), “in order to ensure that they remain available, and in the public domain, forever.”

And they’re smart to do this, since patents for cannabis strains can be just as restrictive and open to corporate plunder as any other plant and seed patents, and the possibility of a Monsanto-driven pot strain takeover isn’t out of the question.

Stoned in a Grocery Store

I had to go two different grocery stores yesterday to get corn syrup so my friend could make a pecan pie. I hate grocery stores—they bug me out. But the pecan pie was worth it. This video nails it:

Jim Steinman, Writer of the World's Most Beautiful Screaming, Dead at 73