White House: We'd Be Fine With Bakers Hanging "No Gays" Signs In Their Windows

1
Agreed. Daylight is murder for these bigots. Force them into the light of day and let them see what the true American people think of these practices that their magic sky daddy endorses.
Popelick Monster on December 6, 2017 at 10:21 AM · Report this
3
It's too bad that the cause célèbre of this case is a ubiquitous wedding cake (generally awful) and not something more politically galvanizing - such as lodging for the wedding night.
raindrop on December 6, 2017 at 10:25 AM · Report this

4
We should put "We don't serve gay people!" signs in their windows for them.

And Chrump isn't "for" religious liberty, --he's not religious himself-- he's for saying anything that will stimulate zealotry in his base.
treacle on December 6, 2017 at 10:26 AM · Report this
5
Sooo has anyone set up a web site to out the Arizona homophobic bakers? Heck, Yelp has their issues but they might be willing to offer a "circle-slash rainbow with single tear" tag on businesses.
Mtn. Beaver on December 6, 2017 at 10:29 AM · Report this

6
I think you are over-estimating the support that gay people have across this country. Just as these signs would hurt business in some places, declaring your god-fearing homophobia would be a boon in others. Singling out queer people as a population worthy of state-sanctioned discrimination would validate that bigotry and further marginalize us in places where we already feel unsafe.
blip on December 6, 2017 at 11:18 AM · Report this
7
The easiest and best solution is if a business wants to discriminate they have to run their business without the use of any public utilities, public space, etc. etc. etc. Since there is absolutely no way to do such a thing, then they will be unable to run their business.

You're either a part of society and serve society as a whole or you don't.

I keep hoping humanity will evolve and the hateful and disgusting sub human pieces of shit in this world will die off like the dinosaurs, but it's more likely that the only thing that will ever end humanity's cruelty and debasement will be the end of humanity itself.
xina on December 6, 2017 at 11:31 AM · Report this

8
Team Trump at best are a bunch of Neanderthals (sorry Neanderthals), at worst they are The Darkness descending...Progress is hard fought, and is never a given, but we must advance, lighting the darkness...

9
In the 50s and 60s many Southern restaurants would have a little sign posted somewhere in the foyer: We reserve the right to refuse service to anyone. All the local white folk knew what that meant. So did all the black folk. That sign's intent was struck down by the commerce clause in the Civil Rights Act of 1964 though it took several more years before you saw blacks and whites dining together. But if the SCOTUS decides for the baker, I'm hella for mandating a sign in the window - one more specific than the one in those Southern restaurants. I want it to say, "We do not serve gay people." (tantamount to "Don't even come in, faggot!) Then, let the market decide who will bake wedding cakes in the future. No one but a Bible-thumping hare-brain is going to patronize that store.
Bauhaus I on December 6, 2017 at 12:02 PM · Report this
10
Here's the baker's interview on Fox and Friends.
raindrop on December 6, 2017 at 12:57 PM · Report this
11
I can’t imagine Yelp reviews don’t already represent when people are refused service due to their sexual orientation.
ProstSeattle on December 6, 2017 at 12:57 PM · Report this
12
The rethiuglican dream (circa 1957)

https://pbs.twimg.com/media/CrnBudjUIAI3…
Merchant Seaman on December 6, 2017 at 1:10 PM · Report this
13
I know it's been said before by others but I can't believe that those who rationalize bigotry by citing their religious text(s) as sources for their bigoted actions and opinions don't realize the inherent hypocrisy in those actions and words! Why do they get away with picking and choosing bits and pieces to which they adhere from their "holy" texts yet eschew other bits and pieces? Why do they get away with denying services based on the their religious beliefs for gay weddings but don't also follow, for example if they are Christians, the Laws of Kashrut (Kosher), circumcision, the laws proscribing wearing Shatnez (cloth made of linen and wool), observing their Sabbath on Sunday instead of sundown on Friday through sundown on Saturday? To say that gay marriage is anathema based on religious proscriptions yet ignoring the many other rules in the religious texts is bigotry hiding as religiosity.
SNJ-RN on December 6, 2017 at 1:26 PM · Report this

14
There's a first time for everything. Here I am, using a football analogy - by taking the ball that @3 (Raindrop) has passed me, referring to something "more politically galvanizing - such as lodging for the wedding night".

Let's just skip ahead a generation by which time all LGBTQ rights will have disappeared and there will, once again, only be straight (or closeted) marriages. If these holier-than-thou idiots are serious about following their so-called Christian beliefs, then there should be a gynecologist installed in ALL hotels, making sure (even though there is no absolute medical proof) that young couples arriving on their honeymoons include a virginal bride! There should be a roaring side-business for the docs - including cash only payments as these tests are without medical merit. My only query: will the stoning commence the same day or be advertised as a special feature for the next?

Oh, so you think you can get away by staying at a non-denominational or atheist hotel chain? They'll have been outlawed (we've already seen how atheists are reviled by fundamentalists), as all businesses will be forced to swear allegiance to and follow ONE national religion.

I despise all religious hypocrites but especially those whose targets have the smallest numbers. Let's see them up their game to its most ridiculous conclusion.
Helenka (also a Canuck) on December 6, 2017 at 1:55 PM · Report this

I was still writing my comment while yours was posted. The answer is that it's ALL a numbers game. The proscription that affects them the least is the one they'll INSIST must be implemented.
Helenka (also a Canuck) on December 6, 2017 at 1:59 PM · Report this
16
LGBTQA-supporting businesses should put a sign in their windows stating, "We Reserve The Right To Refuse Service To Anyone", then video every customer while asking them whether they believe LGBTQA's, Blacks, Latinx, Muslims, et al should be refused service. If they answer in the affirmative, out they go. Then, spread their images far-and-wide.
COMTE on December 6, 2017 at 3:08 PM · Report this 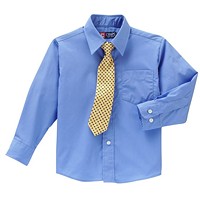 18
@16 IIRC, when Mississippi passed their "Religious Freedom" act, local businesses responded with a "We don't discriminate" sticker on the door, which got the fundamentalists upset (though there was nothing, of course, they could do).

Seems like the best way to fight back in red states. Religious freedom acts make discrimination optional. So make choosing that option expensive.
Corydon on December 6, 2017 at 6:49 PM · Report this
19
Meanwhile in Australia.. marriage equality bill has been passed by both Houses of Parliament, with No added on bits. Straight up equal under the Law.
LavaGirl on December 7, 2017 at 12:24 AM · Report this
20
What I don't understand is why anyone who's gay would want any of the anti-gay bakers to make their wedding cake in the first place. Would you enjoy or even *trust* eating that cake?

Is that the corollary or the flip side (or is it the same side) as Marx's quote (Groucho Marx, that is), "I don’t care to belong to any club that will have me as a member."
SNJ-RN on December 7, 2017 at 12:46 PM · Report this
22
I'm quoting a friend of mine, living in Texas, who recently wrote this on Facebook: "To those who say, 'why would a gay couple want a cake from an avowed homophobe?' I'd ask, 'why would an African American want to eat food at a food counter cooked by an avowed racist?' Because we want to live in a world in which we have the same access to America as everyone else, and some bigot's views about my sexuality cannot be used as a weapon to exclude me from participating fully in society."
bouncing on December 7, 2017 at 6:31 PM · Report this
23
Of course they can't proclaim their exclusionary practice in their windows, or their advertizements. They'd have to justify just where their Xtianity stops.

Bridal virginity? No divorced folks marrying? No interracial marriages—it was 'basic Christianity' for decades?
Polyphemus on December 8, 2017 at 8:34 AM · Report this

There's a reason why the bigots fought on the grounds of a cake. Because it's easy to convince people that this isn't really a serious fight with serious consequences, and who wants a cake made by someone who hates them anyway?

But it's not about the cake. It's about the ability to openly discriminate against gay people in any situation they want, even with life altering consequences. The cake itself is just a smokescreen for blanket discrimination. If we don't fight this battle now we loose more than a freaking cake. At some point some of us lose our lives.