POTUS: The President of the United States Is, Like, Not Stupid

10
Pro tip: If you’ve reached the point where you’re twitting out royal proclamations espousing your own genius and mental stability, you’ve already lost it, obviously.
Original Andrew on January 6, 2018 at 3:12 PM · Report this

11
Send in the men in white coats.

Richard Painter: “I am a very stable genius” is the way people talk on the way to the funny farm, not the Situation Room. Or so it was a year ago.

Josh Marshall: “The Tdumbp family deserves our pity, not contempt. They are a family of mental deficients with no experience following the law.”
Original Andrew on January 6, 2018 at 3:16 PM · Report this

12
As terrifying as it is peering into the abyss of our president’s dementia-addled psyche, without twitter his handlers would probably be able to contain him enough to project the illusion that he is a fully functioning adult. It’s disturbing but at least we know what we’re dealing with.
blip on January 6, 2018 at 3:58 PM · Report this
13
@12: I initially read that as 'peeing into the abyss of our president's dementia-addled psyche'
raindrop on January 6, 2018 at 4:09 PM · Report this 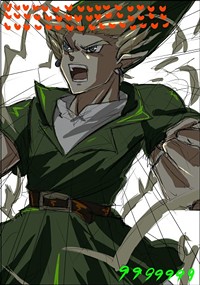 14
Contain him? Please,Give me a break! He would be in western state hospital (a psych ward) for 3 months by now if he were doing half the shit here in Washington state...
superhyrulean on January 6, 2018 at 4:14 PM · Report this 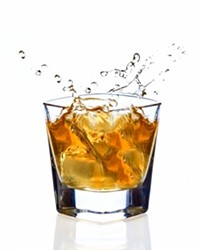 Schredding it* is just a start. What they have in mind for America, what with Mein Trumpfy’s 5 to 6 million majority vote/Mandate**, are all sorts of wonderful Ideas they can try out on US to make us Great, again. Think Kansas, circa the 1890s, just before the house lands on top of you. Only, with Slavery for off-Whites, And Poors. And probably Irish. Eyetalians. Jews. Short people. People with big hands. The Homos. 'Natives.' Commies. Leftys. The Infirms.

Are you: Wealthy? White? Wealthy? Straight? Wealthy? Male?! No worries. You are IN.

**When you subtract (and they will) all those Illegal votes, it’s really closer to ten to twenty million

kristofarian on January 6, 2018 at 10:59 PM · Report this
23
Fuck. Yes, trump et all, we have enough proof these people are evil and corrupt. You guys are like rabbits in headlights, frozen.
I've read somewhere on fb that people are moving on changing the Electoral College, so, you know, this can't happen again. Focus on that. Work towards that. As well as the mid terms.

LavaGirl on January 7, 2018 at 1:36 AM · Report this
24
And the liberal arrogance of @18 has just been proven by calling somone they don't know “honey”. Technically that is sexual objectification and/or sexual harassment by liberal legal standards warranting of a lawsuit. So pretty much my point on “smarts” being relative has been proven with some backup on how the wrong use of a word like “honey” could get very expensive and use in gender eventually wont matter if the wrong person takes the connotation wrong.

27
@24 don't worry, she's not sexually harassing you. She's just pointing out that you are not very intelligent. she's addressing you as if you are a young child.
seatackled on January 7, 2018 at 5:45 AM · Report this

29
I feel like every day there are multiple shouting headlines about some stupid tweet, then a inside-page story about undoing some crucial Obama-era policy, or, like, the Clean Water Act or something. Trump is not smart enough to play distraction games - the guy ain't playing 9-dimensional chess - but there are people in his administration, and in Congress, who are smart enough to take advantage of the never-ending distraction that is Trump.
Aurora Erratic on January 7, 2018 at 8:31 AM · Report this
30
@29: Yes, that's the heart of problem. You just described the machiavellian depravity of Senate Majority Leader and the Speaker of the House.
raindrop on January 7, 2018 at 10:31 AM · Report this

Ophian on January 7, 2018 at 11:44 AM · Report this
32
"Pathological Liar gives credit to respected news organization for correcting falsehoods, doesn't do so by name because then it might make people realize that they're not a cabal against Pathological Liar, but are doing the same thing for Pathological Liar's own constant lies."

Also, why is this coming from Camp David? The Christmas break just ended one week ago. Is he already taking a break again?
Knat on January 7, 2018 at 11:51 AM · Report this
33
@24 Wait, those links were confined to the workplace. Is posting nonsense your job? How much do you get paid per post? Is it by the hour? What kind of shit tier degree do you have?
Bloated Jesus is Bloated on January 7, 2018 at 1:54 PM · Report this
35
@6 muffy: Thanks for giving me something--anything--to laugh about, however briefly. Now, if only this current shit mess wasn't all so pathetically sad and cluster fucked up.
@10 & @11 Original Andrew: Forget the men in the white coats--it's too late. Only lining up the Trumpzillan Administration before a firing squad would help us now (like I just said to @14).
@14 Superhyrulean: Instead of chucking Trumpzilla into Western State at the 99.9999999999% of taxpayers' burden, how about we line up Trumpzilla and its swamp creatures before a firing squad? They love their guns--let 'em eat ammo. Biggest pig roast in world history. Char-B-Qued pig heads are a delicacy in Wall Street's snootiest restaurants where they eat their own. End of "weapons of mass destruction". Mission accomplished!
@23 and @26 LavaGirl and @28 Ricardo: Thank you. You both just plain rock the house as usual.
@33 Bloated Jesus is Bloated: O--kay.....I see you're among us.....I think........?

Trumpzilla's idiotic daily self-obsession with Twitter is Reason #1 as to why I avoid Twitter altogether, and am selective in my use of social media.

auntie grizelda on January 7, 2018 at 4:21 PM · Report this
36
Its really bad that Trump is in power but the billionaires already rule. Both political parties are corrupt. Who keeps building jails and prisons holding largely incarcerated addicted and mentally ill poor and people of color; and the war machine at public expense? Both parties. We have to change this system if we want real change. The status quo is not working for the majority.

What is with these eldercare patients? Can they not see how distractingly insane they sound? Did I say that she would derail anything? No? Oh, well, I guess a dose of boomer blood will do the trick!

You can be as hyperbolic as you like, there is only one definitive group whom I dislike and they are independent of race, gender, and orientation.
Bloated Jesus is Bloated on January 8, 2018 at 2:10 AM · Report this
42
Hey bloated Jesus. Fuck off you prick. I read you comment to Grizelda and wtf are you on about. Another idiot man who blabs bs and thinks he says something. Right, throw in a bit of ageism and you think it means anything to anyone.
" you're so deranged".
" so estranged from reality".
Another baby boy who misses his dummy and his mummy.

LavaGirl on January 8, 2018 at 2:24 AM · Report this
43
@Lava You've posted a lot about the EC, and I think getting rid of it would be fine though it's worth discussing ways to prevent total dominance by coastal urban areas in that case (especially in the reality in which coastal urban areas are nearly entirely responsible for the system in place- the conservative media machine and the financial sector) but generally fine- get rid of the EC.

But if we are talking about voting reforms, this seems to be one that gets inordinate attention from people not in the US because it's simple to understand how nuts it is. Even if it were gone though, we'd still have choices like the one we had last year- between Trump and Clinton. The real focus should be on A) campaign finance reform- getting money, corporations, lobbying groups etc entirely out of politics and B) voter disenfranchisement and C) voter apathy. I don't mean to harp on about this right now, but if you took care of these things, it would revolutionize the country, with or without the EC. On the flip side, if you simply eliminate the EC and don't do anything about those things, then we just have a choice between Clinton and Trump, Gore and Bush. So yea, it's way better to have Clinton and Gore than Bush and Trump- undeniably- but if we are going to transform the electoral system, why not aim higher than less evil oligarchs?
EmmaLiz on January 8, 2018 at 12:42 PM · Report this
44
Why can't they all be focused on EmmaLiz.
LavaGirl on January 8, 2018 at 2:48 PM · Report this
45
Sure, Lava, I agree. I'm responding to you personally since in these conversations over the last few months I've seen you mention the EC repeatedly but not the other things (which doesn't mean you didn't- just that that's all I've seen). I just returned from Europe, and I found a similar thing among Europeans, so it made me think that people who aren't in the US might be giving the EC more significance than it deserves in the larger scheme.
EmmaLiz on January 8, 2018 at 2:52 PM · Report this
46
@28. Cold dead right
DarkHorseRising on January 8, 2018 at 6:29 PM · Report this

The Dems lost two elections in this century because of that most undemocratic of institutions, and you think we exagerate its significance in the larger scheme? I'd say you're downplaying it way too much.

In a real democracy, the popular vote is the only vote that matters.
Ricardo on January 8, 2018 at 7:25 PM · Report this
48
Ricardo, I'm not downplaying that. I said as much. I'm saying that even in that case, we'd have a President Gore and a President Clinton, which would be much better for us and the world than a President Bush and a President Trump. So sure, get rid of the EC.

However, if we are going to go about massive election reform, why can't we aim higher than that so that we have options other than millionaire sons/spouses of former politicians like Gore, Bush and Clinton in the first place?

One - get rid of EC. The Dems will win more. This is good. Nothing else will change however, and there will be an additional issue of total coastal urban dominance of national politics.

Two- get money out of politics and run candidates who can therefore focus on disenfranchisement and voter apathy. The result would still be the Dems would win more, but we'd have more options and a more participatory Democracy.

So to me, the second route, which would start with campaign finance reform and more fair voting- both of which already have organized bipartisan and national campaigns working for them- would be better but more nuanced so it's not something that people tend to latch onto.
EmmaLiz on January 9, 2018 at 10:03 AM · Report this