2
Doesn't the fact that the judge herself owns rental property create a conflict of interest?
COMTE on March 28, 2018 at 4:24 PM · Report this
4
I hardly ever agree with the Pacific Legal Foundation, but this is one issue they got right. This Seattle ordinance is predicated on a bad assumption -- that many or perhaps most Seattle landlords are bigots who can't be trusted to choose their tenants fairly. I don't believe there's any reliable data to back up such a belief.

9
man, if you can't be forced to rent to the 1st sketchy person that calls you there is no decency in this world.

the council are such a bunch of grandstanding busy bodies its almost funny, except its real...
SwampThing on March 28, 2018 at 5:25 PM · Report this

12
It is a dumb law that would likely cause yet more rent increases (because one way to "screen" clients if that option is taken away is to just jack the rent sky-high so fewer people can qualify to begin with). Good riddance.
Mahtli69 on March 28, 2018 at 8:55 PM · Report this
13
The city attorney's office has strict rules that limit requests for recusal. She should have recused herself, absolutely. This is a clear conflict, in fact, it amounts to an ethical violation.
I am not a Robot on March 28, 2018 at 8:56 PM · Report this
14
@13- I am not aware of anything that says that a judge can't rule in a case that involves an area of business that he or she is (or has been) engaged in.

If anything owning a rental property gives her additional perspective. She has no doubt been a renter at some point in her life - I don't see anyone arguing that creates a conflict for her (actually, the standard for the request for recusal is whether a party thinks that they can receive a fair trial, not whether someone sees a conflict).

Which rule of judicial conduct do you claim was violated here? 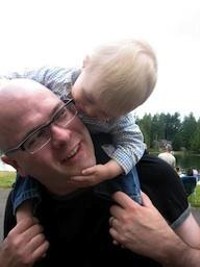 16
If it weren’t for my landlords’ ability to selectively ignore some aspects of my rental applications, I would guess that I might not have spent the past 8 years raising my kids in the same Capitol Hill duplex home with a back yard, paying a bit less than market value. I know I’ve benefitted from having a chance to explain my circumstances as opposed to having to be the quickest to respond with the most spotless credit report.
ObeyTheFist on March 28, 2018 at 9:38 PM · Report this

Absolutely! Also, no person of color, woman, or LGBTQ identifying person should be able to make a ruling involving civil rights legislation. Always appreciate your sharp legal mind on these posts.
Yo. on March 28, 2018 at 9:43 PM · Report this
18
A decent ruling from the judge.
Cato the Younger Younger on March 29, 2018 at 2:45 AM · Report this
19
This is another great example of the value of the courts in protecting basic rights and the rule of law from encroachment by extremists, whether by those who are racist (Trump) or those who extrapolate that fact to believe that everyone is racist in everything they do (the council). Using the power of government to punish an entire group of people because of the actions of a few isn't acceptable. In America we punish actions not thoughts, and certainly not thoughts you might have simply because you belong to a certain group. 2017-2018 has really been a high point for the third branch all around.
CRiver on March 29, 2018 at 6:00 AM · Report this

20
Owners of property have the right to rent to who they want, with only few restrictions. Don't like it? Tough.
inquiastador on March 29, 2018 at 7:18 AM · Report this 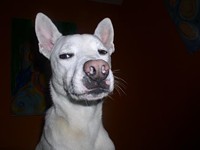 21
@16 I’m glad you have had that experience. I’m also a landlord - I have one unit, a single family home in Ballard. It was last on the market in 2012. I know that I would happily give up a few hundred dollars a month in rent in favor of stable, clean, reliable tenants. My house is also rented below market value for exactly that reason - if I hiked the rent to market rates, these tenants would have to move, and then who knows who I’d end up with? I’ve had the experience of a bad tenant who trashed the house and left me with gigantic bills; I’d rather forgo the hypothetical extra rent I could be charging to avoid taking that risk again. Especially if the law dictates I MUST rent to applicant number one, even if he or she gives me the heebie-jeebies.
gueralinda on March 29, 2018 at 7:39 AM · Report this
22
I feel bad for everyone who lost out on a good home and every landlord forced to contend with less-than-ideal tenants who managed to get FIRST DIBS (which is literally what this law was)
The CHZA on March 29, 2018 at 8:10 AM · Report this
24
The mistake the city made was in the mandating they rent to the first applicant. Simply require the landlord to post their criteria in advance, and require the landlord to show cause should any qualified applicant be rejected. Then come down on those who can't show a legitimate reason like a ton of bricks.
Greenwood_Bob on March 29, 2018 at 9:06 AM · Report this
25
Landlord's rights is a joke, because no one's forcing anyone to be a landlord. Sheltering humans is a messy, expensive affair; if you don't want to put in the necessary effort and compassion, then you have no business being in the business.
beeeees on March 29, 2018 at 12:42 PM · Report this
26
Had this not been overturned, and I were a landlord in Seattle, I'd simply change the rental criteria. Jack up the rent, salary requirement and security deposit. Who is that going to benefit besides me and the tech bros?
tempur_tempur on March 29, 2018 at 12:58 PM · Report this
27
#25, that's hilarious. "sheltering humans" makes people sound like helpless shelter pets who can't help if they crap all over your property. Bad news, this is just being a bad renter and no landlord should have to put up with that shit. Owning a rental property is a business proposition, not a charity.
randommonkey on March 29, 2018 at 1:46 PM · Report this
29
@25 said someone who has never been a landlord
Cato the Younger Younger on March 29, 2018 at 2:13 PM · Report this
30
In Seattle, Jurisprudence substitutes prudence for pretentious! #JurisPretentious
How a Judge lack of recusal, in an obvious conflict of interest produces a holding ripe for appeal; Stricken First-In-Time Law may be invalid application of constitutional rights.

Isn't owning a rental property, and therefore being a party to the action (if in Seattle), a conflict of interest, for which this judge should have excused herself? Even if her holding doesn't specifically impact her own interests as a rental property owner, this judge's experience and involvement muddles a logical interpretation of the legislative intent.

More specifically, if the rule was incorrect, shouldn't the intent of the law be upheld by tailoring it? In other words, if not the first-in-time, then first-or-second (sequential), with the filing of exemptions for each denial, as to why the applicant/application was inadequate, and proceed to second, etc, third.

While I'm barely familiarizing myself with the legal community in Washington state, I'm already nauseated by the *immaturity and callousness* toward those less fortunate, both from community members in comments on forums regarding the homelessness crisis in Seattle, and more concerning are comments and holdings from self-aggrandized and inherently disproportionate standing of those with access to education, resources and the mechanics of altering functions of government.
Brady Blair on March 29, 2018 at 5:06 PM · Report this
31
@29 said someone who sees housing as an income stream, not a human need
beeeees on March 29, 2018 at 6:54 PM · Report this
32
#30 You laid out precisely why they wouldn’t have to recuse: “...Even if her holding doesn't specifically impact her own interests as a rental property owner,...”
Shirtless In Seattle on March 29, 2018 at 7:09 PM · Report this
34
#33 That’s the whole point though, that landlords can’t afford it. What people want to see from that is Communism. They want to make it so unbearable, and unprofitable that people abandon Capitalism.

Commies are sick.
Shirtless In Seattle on March 30, 2018 at 5:23 AM · Report this
35
@30-owning a rental property does not make the judge "a party to the action." While familiarizing yourself with "the legal community in Washington," please also familiarize yourself with the law. Judges are people and live in the same world as the rest of us. That means that they are often going to have had life experiences that are relevant to the cases before them. If you have evidence of actual bias in this case, please provide it.

@33-I am not sure that Communism is what "people" want, but it is certainly what a few of our fine City Council members want.
dvs99 on March 30, 2018 at 8:10 AM · Report this
36
#35 It's a minority of people that want Communism. I mistyped.
Shirtless In Seattle on March 30, 2018 at 8:51 AM · Report this
37
@30. The judge gave both parties the opportunity to ask for her recusal. Neither party made a request.
City beacon on March 30, 2018 at 9:41 AM · Report this
40
This repealed law is one of 2 reasons I am selling my 3 rentals, all under-market value units. Not being able to ask about criminal history is the other https://www.seattletimes.com/seattle-new…
Limiting my ability to discriminate... to choose...to take seriously the risk of my largest financial asset these last 24 years, opting to protect my retirement, (no growing weed, no meth lab, no smoking, no pets, pay the rent on time, and don't fuck up my hardwood floors) myself, and my neighbors from those who may be 'less than compliant' ought to be my right AND my responsibility.
I have no desire to rent to anyone I would not want as my next door neighbor (meth producers to sex predators). To pretend this benefits the less affluent is F'ing stoopid, as the folks with free time, free wi-fi, and no day job can swoop in much faster than hard working folks who I've found to be the best tenants.
Good for those who stood up for everyone.
I am still getting my ass out of this racket while the getting is good, since some on the city council still thinks this shit storm is a good idea.
Nuclear Marc on March 30, 2018 at 2:34 PM · Report this
41
#38 Oliver is a commie and she didn’t even make it on the ticket for Mayor. Rebuke of Communism?

Kshama won, it’s not as if she ran against a strong candidate that contrasted her Commie agenda.

Durkan proved Seattle is moderate. Kshama in office is a fluke. I don’t think she’d be re-elected against a moderate.
Shirtless In Seattle on March 30, 2018 at 8:44 PM · Report this