Place your bets folks;
who can split hairs finer,
Roger or Steven?

This doesn’t matter. The Head Tax is still idiotic and will be repealed.

With all those Big Brains and Billionaires out there, and lots and lots (and lots) of capital, just floating around, why doesn't Seattle come up with group of city officials and forward-thinking, pragmatic, mover/shaker-types investors to invest in the Commons?

Isn't there a symbiotic, mutually-beneficial relationship, just lurking out there?

What could we be?

I think the bigger issue is that Seattle is looking more and more like something out of “The Walking Dead”. I think the facts speak for themselves for everyone and anyone who has to walk, commute, or bike in the city’s parks and public areas. As far as Forbes making “Seattleites look “stupider””, well that train left the station a long time ago before Forbes and certainly did not hurt the reputation of Seattles constituency anymore than its liberal leadership has over the last 20 years.

What, the media not being honest about something in order to advance an editorial agenda!?!?! Surely this only has ever happened at Forbes and never, like, at an alternative weekly. Now THAT would be a story.

And, @4, not just a Seattle problem, check out all the CA newspapers, it's Left Coast. Big protest in LA Koreatown over proposed city shelter,,,,

@3 "symbiotic, mutually-beneficial relationship" what's that, a hooker and a John?

This is the opposite of solid reporting. The ‘report is a six page summary doc with at least three pages of real estate taken up by large graphs and figures. The ‘findings’ are no more than a correlation of two raw data points in Excel that don’t even distinguish between street homelessness and sheltered homelessness. There’s a whole research literature on this and it contradicts the findings of this report.

We still don’t know who funded this report but I’m guessing it was someone with a financial stake in the development of non-profit housing.

Be serious. Homelessness in Seattle is a serious issue and deserves a serious response.

2008 crash when thousands and thousands of people lost their homes and corporate welfare and other bailouts helped increase homelessness. The ordinary person in this state bears the brunt of taxation not the big corporations. That’s all par for the course in an economic system that is based on exploitation, war and poverty. Your tirades against the head tax are pathetic.

While both versions of the PowerPoint concluded we can only end homelessness by spending hundreds of millions of dollars of public money on private contractors to build “affordable” housing, there’s a huge difference between the two versions of the PowerPoint: in the one later released for public consumption, all of the data which contradicted that conclusion has been removed.

As noted above, whomever paid for this PowerPoint may well have an agenda for spending public money on private contractors to build “affordable” housing. How about The Stranger investigate whether the entire report is pro-developer propaganda?

That would seem to be a larger issue than quibbling over semantics with some blogger at Forbes.

Still doesn't change the fact that the City Council is squandering money already raised and has no accountability or real spending plan for the head tax monies.

Read the piece published by The Seattle Times about housing the homeless in slums and then tell me with a straight face that the Council hasn't run amok.

I can’t wait to see the rebuttal to this rebuttal article rebutting the head tax vote. Nobody does sh*t in this town but argue over who’s fault it is we have people living and dying in the streets. This place sucks.

@15, yeah that’s about as helpful as “if you don’t love America, leave.” The head tax is dead. Back to the drawing table.

God, Jason Rantz. So much dumb. Truth in naming though.

Surprise! Anti-tax zealots will say/do anything to preserve the most regressive tax scheme on the nation.

@19, are you talking about Kevin Johnson (Starbucks), Jeff Bezos (Amazon), Dennis Muilenburg (Boeing), and Satya Nadella (Microsoft)? Because those are the people who consistently pay lobbyists to shoot down state income tax implementation plans in the WA state legislature.

You can't be against regressive tax AND progressive tax at the same time. You have to pick one.

I've now seen this report. The graphics are great, but the fundamental principles are flawed - pretending that just paying all of the homeless rent will solve this issue (without new housing: who would they displace? where would these displaced people live?). The real answer is to build housing - and that's a whole lot more expensive than paying rent.

I think it's a valid point that it would be helpful to democracy to have information available for public consumption before using it to base policy on (and no, not just charts - verifiable data and assumptions). That said, I give both sides of Powerpoint Gate an 8 on the shrug scale.

Oooh, and getting in on the cat fight: do you have any proof there was an intentionally false statement in the Forbes article? Being wrong is different than lying. And if you don't have said proof are you just wrong or are you lying about them lying?

Just pointing out the Stranger accusing Forbes of overdoing their headlines is, well, ironic.

Gonzalez is full of it. She said that they had the report BEFORE the full council vote on the 14th, but Roger Valdez's communications with McKinsey tell a different story. Here's an excerpt from Gonzalez's response:

"and on May 9, McKinsey sent my office their final report."

No, they didn't. Whatever they sent her was not the final report. And that first Forbes article, the one that Gonzalez is complaining about? Valdez talks all about the PowerPoint in it! So Gonzalez KNOWS that the PowerPoint and the final report are two very different documents. Valdez lays out this argument (and much more) in his second Forbes post:

"May 14 -- Still no report has surfaced and the Council votes a compromise out of Committee with other Councilmembers citing the report. By now, many outlets are linking to the Times or Crosscut story talking about the costs of solving homelessness as being $400 million...."

"May 17 -- McKinsey's communication person writes: "As mentioned, we’re working on a longer version of the McKinsey Quarterly article on this (https://www.mckinsey.com/.../booming-cities-unintended...). It should be ready in a few days and will make sure to send you a copy asap."
Later, another McKinsey staffer sends an email saying, "Thanks for getting in touch regarding our research. Here is a link to our latest McKinsey Quarterly article “Rising incomes, rising rents, and greater homelessness. A longer version article will be published in the next few days. We will make sure to share it with you when it comes out...."

"When asked directly, McKinsey communication staff said they were working on a report and they'd get me a copy when they were done, "asap."
Another request to McKinsey for the report resulted in an actual report, or longer article, about 10 days after the first press report, and about a week after the Committee meeting in which Councilmember Gonzalez cited it.
No other media outlet has actually linked to that report except me at Forbes at the bottom of my original article.
When confronted by the Report That Never Was story, Gonzalez responded that she had the report all along;
And then she sent the PowerPoint to media as evidence that she was citing a report. This is the PowerPoint I earlier received and cited in my original post."

So Gonzalez is being very slippery on this matter. And using a powerpoint instead of an actual report that no one got to see as the main basis for a $400 million dollar program is silly.

Thank you, Steven. Fine example of meta-journalism ... which may be our last refuge in the age of "alternative facts". 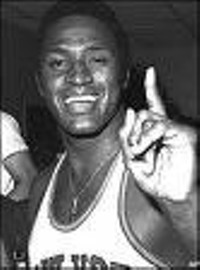 @17 - The kicker is that that's his chosen stage name. Real name is Jason Antebi.

I have to say I agree with #23, and I think that this argument about what is a "report" is a silly distraction that keeps us from focusing on the main point, which is that this study was cited as the basis for policy, and a vote was taken on that policy, before the methodology that underlies the conclusions of the report had been made public. That is the allegation that I'd like to see a substantive response to.

Is the city council taking action on any of the audit reports that have recommended organizational changes and better oversight of homelessness programs? Or is the focus now solely on the one report that suggested additional funding was needed?

The competing articles supposedly about the definition of what a final report really is, which can be debated, are really news sources calling each other out for lazy or inaccurate reporting. Even this article contains blatantly incorrect reporting. It says Speak Out Seattle posted the Rantz item but then uses a picture showing SOS tweeted the original source, Forbes. SOS never tweeted the Rantz article and it did post the Forbes follow-up item which linked to corrected Forbes item. SOS often cites to media, including the Stranger.

Housing? How do you successfully house someone who is so strung out they can't walk 5 feet to deposit their trash into a marked receptacle?

The entire episode reeks like a garbage can fire. The public has a right to complete information that any new tax is based upon. The "report" is not a report, it is a substantiation for spending. Many of the members of the committee involved in deciding public tax dollars would be spent work for organizations that would benefit from tax proceeds. There is no oversight. The public is not as ignorant or obedient to special interests as the city council would like. The city council and the mayor need to provide substantiated data for their legislation from here on out, or this will only get worse for them.