Up in the air on this one.

They'll win the lawsuit. This law isn't good enough to defend, it was passed for the press clippings anyhow, mission accomplished. 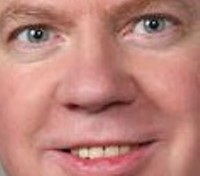 I'll leave my kill toys laying around wherever I want, thank you very much. I prefer my coffee table, for instance.

Interesting that "storage" isn't listed among the specific restrictions against regulation, although I suppose the "any other element relating to" language is intended to cover whatever isn't otherwise enumerated.

Also, do we know at this point which of the Russian operatives who've been funneling rubles - er, dollars to the NRA is involved? I'm guessing there's at least one hiding among the rats somewhere in this.

@4 the issue is registration. If one is to be penalized for failing to store the gun and it's used inappropriately, it'd have to be known to "reside" in the city of Seattle beforehand. You can't very well punish gun owners in Bellevue getting their gun stolen and used in a Seattle crime for failing to abide by a law that doesn't apply to them.

How is my Kinder-guardian supposed to access her weapon when she needs to defend me? She is too young to remember combinations.

Is it ok to take my guns out of the safe when I'm playing with them... er, I mean, when I'm cleaning them?

How many children have accessed guns so far without this law?
(Are there even any children in Seattle?...)

@7 Yes, absolutely! Pursuant to the ordinance, your guns "shall be deemed lawfully stored or lawfully kept if carried by or under the control of the owner or other lawfully authorized user." So, take 'en out, twirl them around your finger like a cowboy movie gunslinger, pass them around to your friends--and their kids, that's all totally o.k.!!! Enjoy!

I don't need a gun safe, that's the first place burglars will look! My guns are totally hidden under my baby's blanket in her crib. No one would ever think to look there!

If a thief manages to break into our house, and finds a gun safe that is light/small enough for them to carry away - TO OPEN LATER - how on earth does THAT prevent more gun deaths? Someone tell me because I can't figure it out. Gun safes would have to be at least 5' tall, heavy enough to discourage theft, OR bolted to the floor. Do these dimwit politicians not know that a gun safe weighs about 20-30 lbs, light enough to carry away? If a damn ATM machine can be stolen, what makes them think gun safes will not?

Easier to lock up the kids and leave my guns lying around.

Yeah, this law stinks. I mean, where am I supposed to keep the gun that I keep to shoot open my safe storage box when I lose my key!?

But per I-594, which passed in 2014, as well as RCW 09.41.110(9) sales of handguns must be recorded by the seller, whether private or retail, and reported to local LEA, so information on the purchaser is already known.

Since these guns seem to kill bad folks and children/partners of gun owners, and I don't own a gun, have kids, or hang out in the wrong part of town after midnight, I'm not terribly concerned. Leave 'em out.

@12 ATM's that are stolen are typically outside, at street level, not in master bedrooms, perhaps on a second story. The whole "let's tie a tow chain to it and pull it behind our truck" scenario doesn't work so well in those situations.

Durkan knows the ordinance is illegal like everyone else with a functioning brain. This is a calculated political tantrum because Seattle doesn't like the preemption law.

I would appreciate if the judge would award punitive damages to the claimants as a small way of sanctioning Seattle for passing an ordinance that so clearly violates state law.

If a gun owner locked his house would that be considered safe storage?

Flippancy aside, I think the real reason for the law (and the reason all the gun fan-boys oppose it) is that it creates a Liability Issue, much like seat belt laws or distracted driving laws. The law may very well be hard to enforce in real-time, but if it can be shown that a tragedy could have been avoided by proper storage, or seat belts, or hanging up and driving... then it helps lay blame.

And nobody with a gun wants to be blamed or held liable for the carnage of their weapons.

On the plus side, it also creates a liability shield. If a "safe storage" mechanism is defeated some how, the fact that it was used could be used to shield a weapon owner from a charge of recklessness.

@20 It makes sense a gun owner doesn't want to be held liable for someone CHOOSING to break into their home, CHOOSING to steal their firearm, and CHOOSING to go out and shoot people with it.

The line of questions for the study was shit. Asking someone if their firearm is stored in the safe, loaded or unloaded, then concluding it's not safely stored based on that.

The person answering the questions could very well have their firearm hollered at their side during the questions, which weren't accounted for. Not to mention a firearm stored in a safe while loaded is not considered safe storage.

Who in the hell would store their firearm, and ammunition in separate safes? The whole point in having a firearm is it being at the ready when needed.

This law attempts to further negate the personal responsibility of the criminal who steal, and shoots people with property that didn't belong to them.

The Mayor of Seattle, no matter who they are will usually propose the most liberal idea they can possibly come up with to get support or future votes. It does not matter whether or not it is legal. Durkan probably does not care if it even passes or gets shut down in court. She probably knows it won't pass. She will be remembered as the one who tried to get it to pass. It is just some stupid political move to make people forget the last few months. If this idea fails, I'm sure she has plenty of nuggets to throw to get most Seattlites to wag their tail for her. It is all just entertaining as hell.

Obvious illegality of the law aside, who is going to now report their gun stolen if reporting the theft means confessing to improper storage and a large fine?

You know what would encourage reporting theft of guns? Actual action by the police to investigate, arrest the thieves and recover stolen property.

@jackay, that depends on whether the homeowner has kids or mentally ill people living in his house. If he does and fails to keep other family members or roommates from getting ahold of the gun, then he's too stupid to own a gun.

Why do people want to base gun policy SOLELy on what criminals do when hundreds of people are accidentally shot to death every year in the U.S. Non-fatal injuries are much more common than that. And guess what, this page on gun safety gives exactly the SAME advice on gun safety that my instructor with the NRA gun safety course gave to me. I was 15 so it was a long time ago. So sad that the NRA has become a political lobbying group and doesn't do safety training anymore.

@25, @26, &@27 Diagoras: Thank you and bless you for being among those of us having common sense regarding gun safety. I wish more NRA members and gun owners thought like you. Apparently common sense isn't so common anymore in this err of Mein Trumpfy RepubliKKKan neofascist corporate lobbyist insanity. You nailed it right on the head.

Meanwhile, I know of a Marysville police officer and his wife who wish they had their then 7-year old daughter back. I wonder what the little brother who fatally shot his sister at age 3 must be thinking. Really, what ARE people thinking?

"If you go on a hunting trip and accidentally shoot your friend in the face, you are stupid even if you became vice-president." --Diagoras, above

When President Cheney shot his friend, in the face, it was his 'friend' who apologized. (So, who's stupid now?!) I sure hope our Prez doesn't go on any Hunting Trips with the Dick Cheney (The donald Trumfpster's A LOT smarter than that) !

Regardless of how you feel about this issue state law is pretty clear. Municipalities can't pass their own gun laws in WA.