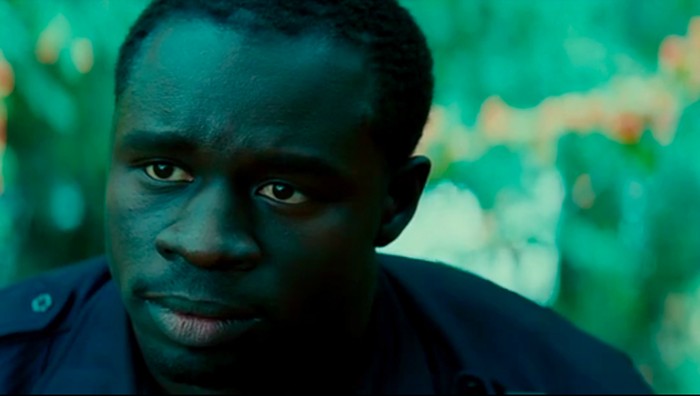 Pape Sidy Niang as the African-born Seattle bike cop in Police Beat
If you know anything about Charles Mudede, you know that in addition to being The Stranger's resident philosopher and cultural commentator, he's also an academic, much called-upon lecturer, and enthusiast of hiphop, jazz, and television and film. He's also a filmmaker. The screenplay he wrote based on his years of covering the Police Beat for The Stranger, that became a film of the same name directed by Robinson Devor, was named among "The 30 Best (Truly) Independent Films of the 21st Century" by Adam Nayman at pop culture site, The Ringer.

He mentions Mudede in the same 'graph as David Fincher and Dostoyevsky, which is pretty impressive.

The Rhodesian-born political columnist and hip-hop chronicler Charles Mudede cowrote Robinson Devor’s amazing, underseen crime drama, based on his experiences as a journalist on Seattle’s “police beat.” Its hero is a Senegalese immigrant who works as a bike cop and narrates his experiences in his native Wolof language while we watch him interact in English with Americans. This structure elegantly distills themes of identity and assimilation into a film that’s also pressurized by urban decay and its protagonist’s spiraling romantic paranoia: the subtitle, “Seven Days of Crime and Delusion,” evokes David Fincher and Dostoyevsky with equal efficiency.

Also on the list? Memento, Wet Hot American Summer, and Donnie Darko. Check out the full list, you'll see Police Beat is in good company—and those aforementioned titles are likely the only ones on this list you know. Which means a trip to Scarecrow Video is in order, seeing as you're unlikely to find many of these via streaming means.

Mudede is currently shooting his directorial debut with the cinematographer of Police Beat, Sean Kirby, right here in Seattle. We're super excited about it. Stay tuned for more on that later...