Why Not Donkey Punching?

Savage Love Letter of the Day

How is it that hitting anyone unsuspectingly for any reason "may be criminal"? It's called /assault/, period, under any circumstances or with any "excuse". You want to get into voluntary combat, that's just stupid - but hitting someone who isn't expecting it is committing a crime. No "may be" about it.

Out of the minds of boys and men who have limited sexual experiences comes a lot of stupidity.

@1 a vast majority of fist-fights are non-criminal. Punches go unpunished all the time. In this context, however, if someone where to bring the complaint, the only question would be if a punch did or did not happen, not if it were an illegal-or-not punch.

@2 It's simply a form of Absurdist Comedy applied to the sexual realm. These aren't (along with the Hot Karls, Dirty Sanchezs, Rusty Trombones, Supermaning, Bronco Rodeos, etc) meant to represent actual fantasies; regardless of how experienced with sex someone is. They're basically extensions of "Big Dick" jokes, "Loose" women jokes, etc. You lose points imagining that anyone takes them seriously.

I'd hope I or anyone can learn from my past mistakes as much as you have, Dan, but in that "my remark could have been construed as" is never a great move. Say oops or don't say oops, nobody actually cares whether your heart was pure ten years ago.

I don't know, but it seems to me that there's an inherent homophobia in the idea of donkey punching. Something about the wording suggests that it isn't a woman's ass that's being fucked or a woman whose head is being punched.

Plus it contains the right amount of viciousness and punishment along with "eww, buttsexx." I put it down to the domain of closeted, self-hating gay men and really vile homophobes.

@3 - Consensual fights are precisely what I was referencing as "voluntary combat". And exactly why I referenced them. And I called them stupid, because people can die from a punch to the head even if both (or all) parties consented to the fight, but I did not call them criminal.

@7 I wasn't referring to voluntary combat. 90% of the time, when a fight breaks out a bar or on the street and police intervene, no one's getting arrested - they're just separated and one or both parties are told not to come back. In fact, this literally just happened today on my lunch break, two dudes in a street beef started fighting, a cop across the street intervened, and that was the end of it.

@6 - I always assumed it was a woman being punched in the head, because so many of these fake sex acts revolve around violence towards and/or degradation of a woman. It never occurred to me that it would ever be two men fucking in this scenario.

The solution is to create a page of urban legend sex acts. DP doesn't have its own page, so donkey punch deserves even less. Included in the page would be gerbilling, dirty sanchez, and other things that make 12 year old boys giggle.

And no, DP in this context does not stand for "disabled person."

@3/Sportlandia: The idea of big cocks stretching out women’s vaginas isn’t a joke boys and men tell each other for laughs. It’s an idea so sunk into so many men’s understanding of sex that it effects many men’s views of women’s bodies and their own. So even your example undermines your entire comment.

Sportlandia @3: "Punches go unpunished all the time." So do rapes. How does it follow that these acts are not crimes? I've also seen cops let people off with warnings for speeding or possession of weed. These, too, are crimes, which for whatever reason the cop decided they couldn't be bothered to enforce that day.

@6: I guess the point is that this is a sex act imagined by someone with great contempt for the person they imagine having sex with.

A criminal act is still a crime regardless of whether it is charged let alone punished (and on one's criminal record).

"Criminal act is an act committed by a person that violates a law and which is punishable by the government. Criminal acts are offenses against the public which are punishable."
https://definitions.uslegal.com/c/criminal-act/

That was my first thought, that it was supposed to demean, and dissuade gay men from being gay.

Otherwise couldn't the non-existent reflex have been claimed to apply to doggy-style PIV too?

I'm sure that, by now, someone has been injured by some idiot who bought into the idea of 'Donkey punching.'

I too assumed that this was a 'pseudo' heterosexual fantasy.

BUT: There's just no excuse for veering into the 'haw haw, don't drop the soap' prison rape jokes.

@11 they certainly are jokes. My example doesn't undermine that at all, they're of the same kind - I want contrasting.

@12 the writer wondered how it was that a punch "might" be criminal, I explained exactly how, even when they're unwanted and observed by the police.

@3 @14 these moves are based on the idea that sexual partners are disposable (because you're so hot suave desired whatever) so you can upset or degrade them with no functional loss, like a rich person lighting cigars with $100 bills; but ultimately, it's also about showing that you've wrested social control away from women (which they have by default from a male perspective!): they chase you, you don't chase them. Likewise, the rich man is making money while doing nothing, an inversion of the relationship most of us have between work and money. We chase the money. We see a version of the Power Inversion when folks say "I don't have a TV" or "I value experiences, not possessions" - they're trying to take power away from something they perceive as powerful, the difference between incels and find stuck making minimum wage and angry about it is smaller than you think in terms of the how, it's still about feeling powerless in the face of power.

@6 my experience, I've only heard them in strictly hetero sense.

@1: There are often spontaneous smacks on the butt or bites on the shoulder in a sexual context. Context can make what would otherwise be an assault just a bit of a romp. The point is that the alleged surprise Donkey Punch is beyond the pale for that.

There might not be any particular mechanism by which a strike to the head in particular would cause sphincter cinching, but plain old surprise can do it. Goodness knows my butthole clamps hard when someone cuts me off in traffic or if I start to lose my balance. That might be all that's behind it.

True, but I think not when the surprise brings "unconsciousness" (as when the poor "Donkey" gets "Punch[ed so]...hard in the back of the head or neck, so that...unconsciousness...").

@14 Mild trauma to the face during PIV has caused me to reflexively tighten my vagina, according to my husband. He was slapping me a bunch of times (no joke) and said he kept doing it because I was "squeezing" him and it felt good. 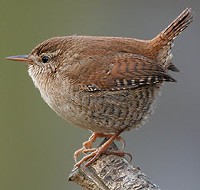 I can see some logic for having published this letter the first time: someone made a Wikipedia page about this, it was important to set the record straight there, an authoritative reference was needed. (Wikipedia is great - support Wikipedia!).

But what is the point in publishing it again? Any harm it may prevent by educating people ("oh, I was mistaken in thinking that punching someone in the head would increase my pleasure, so I won't do that after all"), is likely insignificant compared to the harm it creates by giving people stupid ideas ("hum, intriguing, I will try it to see what happens").

We might be missing the humor here... Donkey punches are funny and hence an oral meme because they are so selfish and mean... It a cartoonish extreme of jerkish behavior.... Its good to make fun of jerks... Its sometimes the way to deal with them ... Sure some misogyntic types might also laugh at this type of humor but we should be able to use context to sort out people who are laughing because someone was hurt and because someone did something ridiculus . also men xan donkey punch other men women with a bit of hardware can donkey punch men or women...

I also want to call bs on this doc... Getting hit unexpectedly pretty much tense the whole body ... Because there isnt one direct neural link between these 2 point dont mean there it would not work... Not that im endorsing DPing... As far as im concern anyone who would actually do this should get muled kicked in the gnads