Light Rail Signage Still Sucks, and It's Arguably Getting Worse

The signage isn’t that bad, what that stop lacks more than anything is trash cans on the lower level.

In this vein, City Council should consider re-naming University Street.
Sure, it would be expensive but for tourists trying to get oriented that confusion with the UW has to be about the worst. 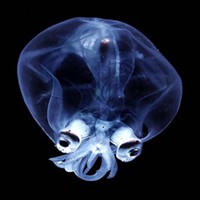 I think the author is nuts for insisting that Broadway and John is better for access to the park. I think if I knew nothing of the neighborhood, I'd be better off searching for a park from Denny than from John. That'll be even more true once the block is built up.

Two thumbs up for numbered exits. All the subway stations in Seoul have them, and they're really helpful. Especially for connecting with people, as in, "I'll meet you at Exit 4, street level."

Even Google Maps — which is otherwise mostly worthless here — shows the location of every exit in a way that makes stations easy to access and navigate. Here's an example of a station that serves three lines and has more than a dozen exits. Figuring out which exit to take here to get where you want to go could be really confusing, but with this system it's easy.

Is prefer that they fix the arrival times displayed on the overhead monitors since they’re never right. As for the elevators if someone can’t figure out which button to press then they need to go back to school cause it’s not that hard to figure out. Trash cans in the platform would go a long way in keeping the platform cleaner. Often people just leave trash in the ground since there’s no trash can.

The locals emotionally believe that Olive Way is Denny? That's news to me. But I haven't been local to Capitol Hill for two decades, so maybe things have changed up there.

As for renaming "University", why not just rename the University station, kallipugos dear? Granted, University is not much of a street (it's over before you even hit Broadway, and it's truncated by the freeway) and I agree the name doesn't make a whole lot of sense in the contemporary Seattle (it did in the days when the University was downtown, but even I was a mere child at the time). But renaming streets in Seattle is always fraught with accusations of favoritism, nepotism, colonialism, provincialism, croneyism, Socialism, and whatever other terms are in vogue at the time. Also, It would take years of study by consultants, and cost hundreds of thousands of dollars, and some group would still be offended.

Just name the station after me. After all, I'm fictional, I've never done anything controversial, and the name has absolutely no racial or ethnic affiliations that I am aware of. Isn't it time the mannequins of Beacon Hill had a voice and a role model, or is it that you hate the South End?

Oh, Rich, you can't find an exit so you want all the signs to change? Poor baby. You don't speak for most of the people who live on Cap Hill, who have lived on Cap Hill for years and who know how to look left or right when they exit a train car, a staircase or an elevator. Lord, how have you survived this long? It's super easy to find the entrances and exits on Cap Hill - they're all past the Limebikes and signature gatherers! Dear Sound Transit: Please just keep the escalators working consistently and provide 3-car trains at any hour of high use, like rush hour(s) and major events (games, parades, protests).

Typical Seattle bitching about things that don't matter. Pretty much everyone who uses a station the first time is disoriented. It's just the nature of popping onto the surface out of a dark hole. The 2nd time you usually get it right. In NYC, they have detailed area maps that show you exactly where you are exiting. And where area attractions are. And let's face it, if you got out at the wrong exit, it's only a block further to walk.

University Station and University Street Station. Really, any need to say more? Clearly designed to get tourists lost - only Seattle residents are welcome to ride the train.

"The [passengers] arrive here and are carried along the corridor on a conveyor belt in extreme comfort, past murals depicting Mediterranean scenes, towards the rotating knives. The last twenty feet of the corridor are heavily soundproofed. The blood pours down these chutes and the mangled flesh slurps into these..."

@8&11: I suggest 'Vel-RuRay Place' - a future enclave of expensive boutiques and restaurants with a luxury hotel or two (perhaps Seattle International Trump Tower).

Rich, if you'd written for The Stranger 10 years ago when it was more relevant and actually able to compel a city agency to respond to your "suggestions," you might have been happier.

Just checking, since I'll be in town in a couple of weeks: @9 is the only Seattleite who calls it "Cap Hill," right?

The signs suck, but asking a Metro employee for directions is even worse. How do people whose job it is to drive all over town not know where anything is when you ask them?

@20 when I first moved to Seattle I got on a bus and asked the driver where the bus he was driving went and his response was "I have no idea, I just follow the lines." Seriously.

@19 Nope. Lots of folks who have lived on the Hill have called it Cap Hill since forever. And I worked in Pike Place Market for 17 years, so, no I don't call it Pike's Place.

@2: you usually don't see trash receptacles directly at stations is due to the security risk of explosives being placed in them. I don't see why people can't just hold onto their trash just a little bit longer until they exit a station, get to their destination, or later. It is their trash after all.

@2 @23 That's what a security guard told me. The stations with tunnel platforms (except the downtown bus tunnel stations) are considered too confined for trash cans. They do have them on the open-air platforms.

I still do have one question for ST, though: What the hell is a "Sun Tzu Tapper"?

Agree that numbered exits are awesome. They don’t have them in NYC but I’ve seen them in Seoul too. Having a station logo seems odd, and a labored method to extend. Makes sense for an initial stage of the overall system to get buy in, but seems a name is enough moving forward.
The overall system and its cohesion is more important.