A Note to Teen Girls (and Myself): It's Okay to Love the CW's Supernatural

OMG NATHALIE misha is your BUD

this was very sweet

you can also like supernatural because its FUN (the last two people i met who were getting into supernatural were middle aged punk dudes, bless) 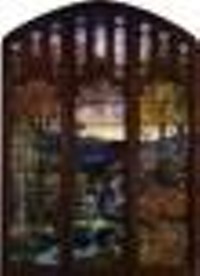 Ah yay! I always love seeing your pieces here, because I remember seeing you around at Seattle conventions (and maybe Vancouver once?). I’m glad you’ve snuck some SPN goodness into The Stranger :-D

Thanks for this. I have noticed countless times that whenever girls or women are into male actors, singers, whomever who are hot, that they are often ridiculed for being into that person "just cuz he's hot". Also, the subject of their interest/lust is often diminished in the eyes of men and boys. Think of the term "pretty boy". It's meant to ridicule and diminish a male for the crime of being physically attractive to women.

Of course, the opposite occurs with guys who are into female singers/actors/whomever who are in almost every case by the time they reach a large audience, very physically attractive/hot. Men do not ridicule each other for being into a beautiful female actress or singer, "just cuz she's hot". Their lust is considered absolutely normal and acceptable. In fact, expected.

I hope the Serbian girls got their tiny moment of recognition from at least someone in the cast. Seems a very small and easy gesture of kindness.

GRR! you tell 'em #3 - womyn can be just as vapid and dopey as men! smash the patriarchy! GRRR!

Thank you for this Nathalie. I too am a fan of the show and Team Castiel all the way. You're so lucky! And that was super sweet of you to try to make sure those teens got to meet him.
I've never understood people who crap all over fandoms; they're so often lovely communities that try to do a little good on the world, sometimes in costume. :)
@4: Way to miss the point entirely Swampy. But hey, when you've got nothing but mud and decaying plant matter between your ears it can't be easy.

That was so incredibly kind of you! And amazing article!

But, is is definitely ok for 60+ Women to love Supernatural. Although i truly miss Jim Beaver and Mark Sheppard. They give the "Feeling Young and Healthy " generation someone to think about.