Slog AM: State Lawmakers Are Scrambling to Finish the Budget, Joe Biden Is Running for President, Mexico Lawmaker Tried to Ban Cold Beer

Uncle Joe is DONE biden his time. WIN MCNAMEE / GETTY IMAGES
State Democrats are running out of time to write the budget: I’m glad my representatives are procrastinators too, you can’t trust proactive people. Sunday is the last day of the legislative session and Senate Democrats need a 2019-21 state operating budget by then. They have about $50 billion to work with, but some lawmakers say that’s not enough. Programs like K-12 school funding and mental health systems are in desperate need of an overhaul; they're underfunded under the current budget. So these lawmakers are pulling long hours, all-nighters if need be, to get it done. That sounds like me before every exam in college. The stakes are just a bit higher.
Sponsored

Joe Biden is running for president: He’ll join about a million other Democratic candidates, but he is by far the most recognizable with 36 years in the Senate and eight years as vice president under his belt. He’s been leading the Democratic polling despite not actually being in the race until this morning so things are looking pretty good for his campaign. Some are wondering if his age and record of moderate policies in a field that has been running to the left on big progressive policy will hinder him with young voters. His announcement video focuses mostly on Charlottesville and Trump’s terrible response to it, which is maybe not the most inspiring way to start a campaign.

The core values of this nation… our standing in the world… our very democracy...everything that has made America — America —is at stake. That’s why today I’m announcing my candidacy for President of the United States. #Joe2020 https://t.co/jzaQbyTEz3
— Joe Biden (@JoeBiden) April 25, 2019

State Senate may double hazardous substances tax: This would give them a whole lot more money to get oil companies and chemical manufacturers to clean up nasty stuff when it spills. Washington is covered in Superfund sites and brown sites, areas that are suspected to be contaminated but nobody is sure how badly, so this would beef up enforcement of those standards. Oil lobbyists (unsurprisingly) are not enthused and want to see this bill die.

Facebook is facing a $5 billion fine: Yes that is billion with a b. Facebook included the number in their quarterly financial report and said it expected to have to pay $3-5 billion in relation to an “ongoing inquiry” by the Federal Trade Commission. The FTC has apparently had it with Facebook’s numerous privacy violations and is hitting the social media giant where it hurts most. This fine would be a new record for the FTC and would show that they’re actually interested in reigning in big technology companies.

Merriam-Webster added 640 new words to the dictionary: And some of them are just amazing. Stan, a hybrid between a stalker and a fan, is now totally kosher to use. Swole is a perfectly acceptable word to use. I will endeavor to use all of these words in my GRE essays.

Merriam-Webster just added 640 new words to the dictionary. These include:

Put on a light jacket, but not a rain jacket: Or don’t, I’m not the boss of you.

It's a bit chilly out there this morning with temperatures in the 30's and 40's. Dry weather will continue through today! Increasing high clouds expected through the afternoon. #WAwx pic.twitter.com/mMVBfvH6wF
— NWS Seattle (@NWSSeattle) April 25, 2019

A Mexico City lawmaker is trying to ban cold beer: It’s bananas, I know, but his intentions are good. He’s trying to curb underage drinking and stop people from drinking outside so often. I guess his thinking is if it’s not cold then people will be less likely to pop it open as soon as they leave the store—but cold beer is a God-given right and the policy was widely ridiculed.

Philippines threatens to declare war with Canada: All this over trash. Canada sent a bunch of trash to the Philippines that was labeled as plastics for recycling, which would have been fine, but actually turned out to be soiled diapers and kitchen waste. A court ruled that the trash should be sent back to Canada but it’s been sitting in a Filipino port for six years now and their president, Rodrigo Duterte, has had enough. He allegedly said they would declare war on Canada if they didn’t come pick up the trash soon. We should probably figure out our landfill problem so this doesn’t happen to us.

Now listen here you $#!%: Close your eyes. Breath out. Smile. You're listening to the calming funky sounds of Vulfpeck, the funkiest midwestern white boys you've ever seen. If you haven't heard of them, you're welcome and please go watch every single one of their videos on YouTube. 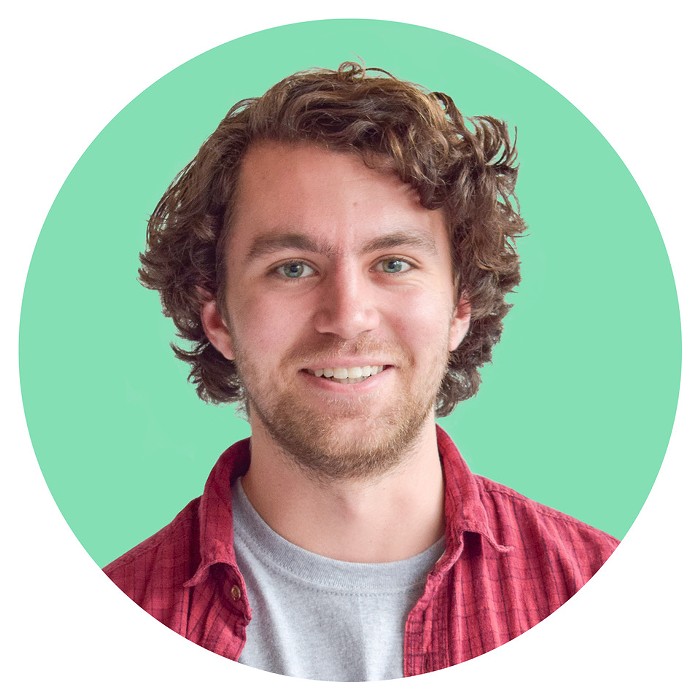 Timothy Kenney is the current Slog AM intern and will use his newfound power to force science news into your life. He's written for multiple Seattle outlets, helped CNN cover a mudslide in Sierra Leone, and almost threw up on James Franco once.

Timothy Kenney is the current Slog AM intern and will use his newfound power to force science news into your life. He's written for multiple Seattle outlets, helped CNN cover a mudslide in Sierra Leone, and almost threw up on James Franco once.

Slog PM: It's All Downhill for the Boomers, Trader Joe's Resurrects Trader José, When Is Biden Announcing the Fucking VP?!

What You Should See at the Seattle Deconstructed Art Fair