Ari Hoffman Is "Not an Expert on Climate Change," Still Has Lots of Opinions

How exactly will the Seattle City Council end global warming?

"The purpose of the joke posts, Hoffman claimed, 'was to get a rise out of people like you,' and, presumably, all of you readers who believe that human-caused climate change is an existential crisis."

Pedal to the fucking Metal, Hoffy.
It's just smoke!

"Every time I was stopped, I made sure to shift my V8 Hemi Charger into park and rev the engine a bunch of times to put as much carbon dioxide in the air that I could,"

If only we ALL had such sedans.
The Kochs must Love this guy.
Have they given him millions?

Apparently, judging by his shopping cart, not only is this Hoffman dude a climate change skeptic, he's also a type 2 diabetes skeptic--although I do have to give him credit for purchasing RC Cola. I didn't even know they made the stuff anymore.

What's striking to me is how delusional this fellow must be to want to run for Seattle City Council. (And here I thought Kate Martin would win the title for most cringe-worthy council candidacy of 2019.) Or perhaps his candidacy is as much of a joke as his old Facebook posts.

Oh, and just speaking as Jew who still gets angry when my fellow Jews shame our people in front of the gentiles, let me just say, "Mr. Hoffman, you are a shande."

I swear the ass clowns who run for office ... it's a mental illness yes?

@3: Gore was right. it is too late. so keep being an asshole.

This guy's a real piece of work.

Seattle City Council candidates' views on global warming/climate science are very relevant.
They will have oversight of Seattle Public Utilities and Seattle City Light which are huge players region-wide not only by virtue of their considerable hydropower assets and their freshwater infrastructure but also their vast land holdings.

The kind of guy that fleeces people like @2,3,4, etc. on low brow scams like three-card monte.
Only, he doesn't anticipate his mark latching onto him and calling him a genius, so he starts to get a little REAL confidence. But everyone else will see right through him. He'll fade away once he realizes nobody of any worth believes a word he says. 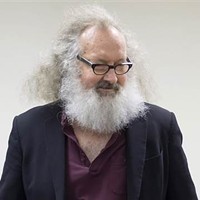 Christ, what an asshole.

I am in favor of people consciously choosing their pronouns. In this case:

@5 - LOL. The clincher will be if Hoffman also runs on a platform of “Wimens aren’t allowed to discuss rape or sexual harassment outside of a police station.”

@15 He is a climate change science denier for suggesting that may be other factors like volcanoes weren't more responsible than humans. The science shows with very high confidence that "In the industrial era, human activities have been, and are increasingly, the dominant cause of climate warming."
https://science2017.globalchange.gov/chapter/2/
I say denier and not skeptic because he'd need to be able not only to articulate a reasonable scientific argument questioning the science, but also be an expert on the topic.

The above partitioning of climate change drivers is obviously a conservative assessment of the scientific evidence because according to the IPCC, humans are responsible for more than the observed warming since mid-20th century. We also emit large quantities of aerosol like sulfates that cool climate instead thus offsetting part of the warming. Natural processes and internal variability are essentially non-significant factors.

@18 'may be other factors like volcanoes were more responsible', phew

Would love to know the name of his business so I can leave an appropriate Yelp review.

“But I was joking!” only works if the “joke” is funny and contains a hint of irony.

Just another denier and right wing asshole who thinks scientists are culture warriors.

Spoiler: they’re not (except inasmuch as the scientific method is a belief system, but that argument is so meta as to be lightyears beyond anything an Ari Huffman can muster).

Maybe this guy is just a saboteur who cleverly found a way to get Amazon to waste a chunk of its PAC cash?

Ari Hoffman is totally right on this. The Seattle City Council cannot do much, if anything, about global climate change. But we CAN and MUST tackle the humanitarian crisis on our local streets, and yes, those encampments are causing environmental problems locally. You've certainly read (in actual reputable publications, of course) about all the opiates found in the fish and shellfish of Puget Sound, right? And the mountains of trash and rats surrounding the encampments abutting our local freeways. Oh, and all that human sh!t bypassing the waste treatment plant and going straight into our creeks, rivers, and Sound. Does none of that concern you? Of course not! You're just like the current Seattle City Council and you care more about plastic straws than the very real problems that actually plague this city. #Hoffman2019

GermanSausage, CitizenForASaneSeattle is NOT irrational anti-science. He and I very much want to save Seattle from the air, land and sea pollution from the homeless crisis.

@23: OK, here's some solutions to that
1)As to the mental health situation, since it's impossible to institutionalize everybody on the streets with mental health issues, actually BUILD the neighborhood treatment centers the NIMBYs wouldn't allow to be build when deinstitutionalization happened-the people who blocked the centers KNEW blocking them wouldn't stop deinstitutionalization, but they blocked them out of bloodyminded spite anyway. Nobody can possibly make the argument that doing so made anything better. The mentally ill are part of the human race and will always be out in public and the only way to deal with them is to do what is necessary to make that sustainable. Also, acknowledge that a lot of the situation with the homeless is socially-induced depression-that is, these are people who have never been allowed to experience hope or possibility, or who have had hope and possibility taken away from them at every turn. Teach them to form community and to practice community care. Offering hope always works better than administering punishment or treating people as though they've had their chance and failed.

2)As to drugs-arrest the hard drug dealers. Nobody has ever actually tried to stop the cops from arresting the actual drug dealers. Nobody WILL try to stop the cops from arresting them. It's just that they've refused to try unless they could also arrest the users-and arresting those who use substances achieves nothing. The issue is stopping the supply, so stop the damn supply. Addiction is an illness, it's a health condition-it's always been a failed and cruel policy to treat health conditions as crimes, or to act as though people could always simply choose not to have those conditions. Substance abuse isn't anything that can ever be addressed through "traditional values" or "Victorian morality"-and in the Victorian era, a lot of the "successful" were abusing opium and cocaine, so the moralists had no moral superiority on that.

3)As to the shit: Accept reality and build another 1,000, 2,000 or if need be 5,000 public toilets. Everybody has to shit. Everybody will ALWAYS have to shit. Not building public toilets and denying the use of restrooms to those who literally have "no place to go" has never reduced the homeless population anywhere. There was never any good reason to start reducing the number of public toilets-everybody knew that doing so would not drive the homeless away. The homeless can't BE driven away, because they have nowhere else to go and they'd just be driven away from everywhere else they tried to go to. It's not a legitimate public policy strategy to treat human beings as vermin

4) As to homelessness, BUILD FREAKING HOMES. As many as are needed. That's what civilized countries do. That's what Red State Utah did, and it worked in Red State Utah. Accept that shelter is a human right already. If there are homeless people who are healthy enough-and there are some, and most of them are just as much interested in being of value in life as anybody else-give them the chance to help build homes for themselves-Habitat for Humanity can pretty much teach anybody how to do that.

6) As to how to relate to the homeless-remember that none of us are "better" than they are. We are luckier. At any moment, that luck could change and any of us could end up in those encampments. As Phil Ochs put it, over fifty years ago "There, but for fortune/go you, or go I".

26 1 in 10 Seattle apartments are empty and rents are dropping. There is no shortage of apartments or rooms to rent. When I was a teenager and high school drop out working for minimum wage slinging fast food, I had housing. How? By 1st renting a room in the basement of a house in a neighborhood where I heard gunfire all night long & later by sharing an apartment with other minimum wage friends. There IS housing to be had, just not what is the best, most wonderful housing. Welcome to being poor. Most of us have been there at some point. Now being a heroin addict living in a tent is not happening because there is no housing to be had at low wages. It's a DRUGs problem, not a housing problem. 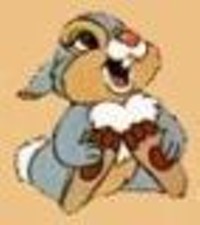 Now I have to move to vote against this son of a bitch.