It is so disrespectful, racist and unwoke to use an image of one of the sacred Original People on the flag, seal, patches worn by police etc in this great City on a Hill.
Stop it.

Plus that pukey bluish hue sucks the energy out of everything within 300 yards...

I don't see sperm when I look at that flag, I see a swinging ballsack.

I knew today was Trumps birthday, but Slog was the only place I read it. Thanks for that? Not really? 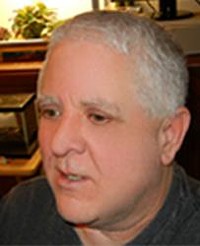 Unless I am mistaken, the profile on the flag is of Chief Seattle and not simply a generic Native American.
It honors our namesake. Hence it is entirely appropriate to feature it on a flag.
But it is time for a re-design... I'd like to see them keep the Chief Seattle motif in a simple b&w.

Re: Flags, the CNMI flag is pretty cool,

Speaking of which, the state flag prominently features the picture of a notorious Southern Slaveholder.
Is that really any better than a swastika ?

"an analysis published Friday found that the top one percent of Americans gained $21 trillion in wealth since 1989 while the bottom 50 percent lost $900 billion."

All this time I thought illegals and the homeless were responsible but apparently not ...

@11 alarming but if we raise the top marginal tax rate even slightly we will turn into cuba, or so i’ve been told

@11: One of those silly misleading stats that gets picked up by lay people whom try to sound scholarly, like the one that the top 3% pay the majority of taxes.

I kinda of like the flag. But I'm sure Durkan and the other camp counselors will facilitate the creation of a flag that offends the least number of Amazon employees.

@13 inequality level unseen in a century, since robber barons roamed the earth, is not a silly misleading stat in spite of what they tell you on Fox

"people whom try to sound scholarly"

In turn, the use of 'whom' here is guaranteed to not make you sound scholarly

@15 I’m not in the one percent by any stretch but my household is doing fine. Our savings and investments have increased well over half a million in the last decade despite taking a big hit in 2008. We’re looking forward to it very comfortable retirement.

Real question is, what are you doing wrong?

@15: Fair point regarding 'whom', now joined by 'robber barons roamed the earth' as blemished prose of the morning.

I'll take the cliche "robber barons roamed the earth" over the prissy, labored insult "blemished prose of the morning," any day of the week.

11
during that period $1.46 TRILLION in ill-advised student loan debt was racked up, so i think we have a bead on our problem here...

You're saying the reason the bottom 50% have fallen so far behind is because they've been getting too much college education?

That's a novel argument, at least. Definitely outside the usual right-wing talking points.

Technically, they’re falling behind because the cost of education has exploded and wages have stagnated, so younger generations are increasingly burdened by more and more debt they are less and less equipped to pay, to an extreme that previous generations — including my own — did not have to bear. Then their elders, many of whom benefited from affordable, state-subsidized education, lecture them about personal responsibility because we had the luxury of starting our careers without owing 6 figures to sallie mae. Some people have a hard time understanding that their own personal experiences and good fortunes are not universal, or they are too self-absorbed and short-sighted to care.

people borrow too much to earn a degree with no income producing potential.

borrowing money and going off to live on campus for five years enjoying the 'college experience' while earning a worthless degree is a bad idea and puts one in a deep financial hole.
we wouldn't advise it but millions of kids do it every year.

In our day we commuted to the nearest school, worked two or three jobs at a time and got thru a bachelors degree (in three years by going summers) without borrowing any money.
What was borrowed during four years earning a doctorate (to supplement what was earned working nights and weekends) was repaid the first year out, before getting a new car or house.
we suspect that formula would still work today.

the gap in income is fed by the underclass finding ever more ways to underachieve.

however the whining about a 'gap' in wealth and income is really about envy and greed;
wanting what someone else has, resenting them because they have it.

the poverty rate has dropped for the past since 2010 years, a more telling statistic

Wow, it gets even better? The bottom 50% are not only getting too much college education, they're also not learning enough!

That does clear things up, thanks.

@21 Indeed and it's not just education but the case for many essential services as shown by Elizabeth Warren in her 'scholarly' "two income trap" in which she documents that education, lodging (especially in neighborhood with good schools), child care, health care, and local taxes/fees have all gone through the roof since the late 70's while wages at best stayed stagnant awhile good paying jobs became a lot more scarce.

It's rich how Trumpists now tell us that everything is hunky-dorey, when in 2016 they were saying the bottom was falling out for the American middle class to great effect for Trump in the rust belt. I suspect nobody should be surprised by their opportunism and lack of intellectual consistency.

"I got mine, the rest of you can go fuck yourselves."

Is America great again yet?

Chase are you gay? It's hard to glean from all the subtext.

@25 More like I went to an affordable college, got a useful degree, worked hard and started saving young, and am being rewarded for smart choices in life.

At least show the real Seattle flag. You obviously faked up that piece of shit illustration for one of your Stranger jokey jokes. Of course Seattle's flag could be improved, but nobody would really make a flag as stupid as the one in your picture there.

Oh geeze, is this another long comment thread with one of the Slog's cranky conservative wingunts going on about how life is fair again?

Life is NOT fair, babies. Bad things happen to good people. Shitty people often do quite well for themselves. There's no magic fairy that balances the scales and makes sure only the deserving get ahead and only the unworthy sink to the bottom of society. It's not a magically perfect meritocracy.

Write that down, conservative babies. Remind yourself every time you're about to open your big conservative yap and spew more of your conservative drivel about how it's all perfectly fair and just. How that rich fucker in his big house with his big car is most surely of the finest character, because life just works out that way. It doesn't. I'll say it again: life is not fair. If you can't get that through your head go find your parents and tell them they did a terrible job and their child is an adult baby who thinks life is fair, and votes Republican.

Tell yourself all the conservative fairy tales you want. It won't change the simple fact: life is not fair.

@7: Chief Seattle is likely a mass-murderer, having led the massacre of the Chimacum Tribe in 1847.

The Earth is covered in the blood of innocents.

When you are bankrupted by medical bills from an unexpected illness that your insurance company refused to cover just remember this:

You should have made better choices.

That flag isn’t up to current City Of Seattle branding guidelines. It’s not supposed to have the little wings around Chief Seattle. BURN IT!!!

Also, Lori Matsukawa is a fine person, but she’s no Bea Donovan.

The only thing I'd ever do on Trumpty Dumpty's birthday is take a dump on a picture of its ugly face. I'm just glad it's not on the same day as my father's birthday.
Fuck you, Donald Jackass Trump and the rest of your ilk and choke on it. Hell is waiting.
@16 & @32: You are full of shit if you think Trumpty Dumpty is a great man.
@25 Urgutha Forka: Thank you.

@29: What? Conservatives, and liberals, for that matter are not going around saying life is fair. Their ideologies are molded by overcoming adversity, because that premise that life isn't fair is a given for both mindsets.

Anyone who uses Postmates, Instacart, Uber, Lyft, Amazon, or any other company based on the gig economy is contributing to the exploitation of workers (and helping kill the planet). Please, woke people, tell me how you can justify this hypocrisy.

The State of Washington’s flag breaks most of those rules, too. Let’s get that re-designed while we’re at it. I’d suggest something inspired by those volcano / tsunami evacuation route signs. Or just a leaping orca.

@30 yes, how will local woke Seattle explain that Chief Seattle wiped out the Chimicum tribe. You know, what’s the word....that’s it, genocide!

That flag certainly is fucking terrible.

@39: I have no idea what your (undoubtedly assholish) point is about "local woke folks", but those are the facts. i'm not suggesting we change the city's name, and there's no Chimacum left to petition for it.

genocide, invasion, and slaving raids were all part of Coast Salish culture. they're part of human nature, apparently, having happened globally throughout recorded history.

none of that means that racism, and the oppression that goes with it, is acceptable now.

Wait, I thought the flag was supposed to be one of the world's largest octupus fleeing from our not-caring-for-Seattle Mayor?

The Left seems very selective in it's outrage.

Seattle and Washington State should be economically boycotted by all moral Americans until they purge the racist violence from their names.

My goodness, look who's started to care about present-day Confederate iconography and the legacy of slavery.

Are you OK, friend? You seem... concerned.

I had no Seattle is named after someone who committed genocide. How offensive.

I had to link to a TED Talk, especially TED Talks with such strong NPR-piece vibes, but this is relevant.

I love that you can just say shit like "Millennials all got degrees in women's studies therefore they deserve to be unemployed" and everyone just takes it as gospel.

My kids math tutor graduated from MIT and drives a 1996 civic.

You trolls can't see how local inter-tribal warfare and sustained cultural and linguistic genocide and land theft against ALL Native Americans (permanently enshrined in laws and institutions) are different?