by Lester Black and Rich Smith

It's not a difference between two myopic sophomoric cute phases of "young black socialist" vs. "Amazon backed NIMBY" but someone who goes out and listens to voters concerns and address their issues. The latter is what our democracy and system of government is all about.

The "incarcerate the homeless" movement lost, and lost hard.

There are no candidates left who support that kind of policy, and the candidate who made it a campaign centerpiece got destroyed.

The anti-homeless revolt narrative is dead.

@3: But we still see the human misery, garbage, property destruction, feces, crimes, illness, and all the ramifications of actual homelessness - which is not a narrative.

@4 Yes, and the people of Seattle clearly and overwhelmingly want to address the problem with housing and services, not with mass arrests. The backlash narrative is dead.

But what to do about the homeless who don't want housing or services? Unfortunately, it's a percentage of that population.

Dan Strauss is toast. Pretty much all the other candidates are to the right of Heidi except for the green haired thing who go 2%. She will win their votes, not Mr. Junkie Injection Sites In Ballard Strauss.

The narrative is dead, Raindrop. There are not going to be any mass incarcerations. There is no voter revolt rooted in revulsion of the homeless sweeping conservatives into power. That narrative has been destroyed, in public, by the public.

@8 Really? Durkan is conducting more sweeps, the police are being more proactive, The navigation team is being expanded. A few more random stabbings downtown and your narrative is dead.

The socialists will lose except for Morales but even the she has a tough race against the majority of more conservatives who took the votes. Plus he’s the only black candidate. Maybe the millionaire white Latino lady should “give space” to an actual minority like Nikita Oliver proposed?

Same in Ballard. Strauss faces the Wills-Sergio-Lisbon-Martin voters. He gets the green haired thingy’s votes ...all 2% of them.

Same dynamic for 3. Sawant is toast.

Scott will get crushed by Pederson by 10 points.

Queen Anna and Magnolia are sending a moderate no matter what.

West Seattle is a toss up to. The more moderate candidates took more votes than Councilmember with a bull ring in her face.

@10 A period of mourning for your narrative is normal, and to be expected. A qualified mental health professional can help you deal with the successive stages of grief, if you find yourself having difficulty coping with any of them.

“There will be no mass arrests of the homeless.”

No one called for those except in your feverish mind. Getting Sawant’s scalp will kill the ‘it’s capitalism’s fault’. Moderate votes were split among moderate candidates. The looney left sole candidates lost by 60% except in 4.

See you in November. After a few more random stabbings by our “house less neighbors” outside Nordstrom.

@12 They say the next stage is anger, Feebs. Or is it bargaining? I forget. Either way, your narrative is still stone dead.

@13: Yeah, what's the point of one of our Library's Agatha Christie collecting dust under the sofa? Human nature without accountability is hard on our books.

@9: Ok, I'll have thousand island dressing on my $64K question salad. You probably go with a vinigarette. 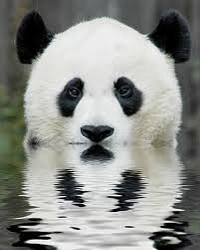 So I live in D5, am in one of the neighborhood Facebook groups. They were SO anti-Juarez, and all-in on Safe-Seattle backed Ann Davidson Sattler. Now that it's likely going to be Juarez/Sattler, and I think (?) Sattler is the last Safe-Seattle-backed candidate... I expect D5 to get really ugly. This worries me quite a bit.

@Everyone, notice some awfully similar wording amoung @7 and @10
"Green haired thing?"
"Green haired thingy?"
I think 7 and 10 may be the same person under pseudonyms to look bigger, not unlike the anti-homeless fearmongers.
Regardless, looks like homophobia is alive and well in 2019 and Melissa Hall was not exaggerating one bit.

7, 9 etc. is just Feebles, a user who exploits a hole in SLOG's software to post anonymously when he doesn't feel like using his primary account. You can spot Feebs easily by the relentless re-use of the same blunt insults in comment after comment, or by the 404 page you get when you click on his user name.

Ann Sattler is a reasonable and smart candidate. Only in Seattle would she be labeled as right of center. The incumbent is tired, indifferent, Let's hope that the losing candidates see their votes move to Sattler.

Sawant is toast. Other than those voting for her, the average D-3 voter will vote for anyone but her. So her opposition, in this case Orion, will get every vote save possibly those of Nguyen.

D-5 and D-3 should be interesting to watch in terms of campaign tactics.

@17 Comments 7, 10 and 12 are 404 troll comments. Sometimes up to half the comments in a section are his (yes, he is a no life scumbag). Ignore the neo-fascist fuckwit if you can but if you can't, make it count.

@21 Oh, Feebs, you poor thing, you're getting tired and starting to slip up.

You can't get a library fine without visiting a library.

“Regardless, looks like homophobia is alive and well in 2019 and Melissa Hall was not exaggerating one bit.”

I voted for Durkan. She’s a lesbian, just not one with bat shit crazy ideas and hair dyed with toilet bowl cleaner. ie. an adult.

Dear Lester Black and the rest of the potheads writing these Stranger articles:

You are not going to win an election simply by calling other candidates names. The strategy of labeling everyone you hate "Amazon-backed", "conservative", "NIMBY" can only go so far.

It's very tiresome to see how much negativity y'all bring to this city.

@24 Tell me again about how Trump won over the electorate with his incisive policy proposals and never resorted to insulting anyone?

Just to note from the Seattle School Board races:

Zachary DeWolf, coming in 4th in his City Council race, will stay on the Seattle Board. This is good for the City Council but not so great for the Board as his "work" has been weak and his interaction with constituents dismal.
Chandra Hampson in District 3has a commanding lead over candidate Rebeca Muniz. There are fewer than 500 votes separating Muniz from third-place Ben Leis. Hampson has good qualifications but is also rigid and judgemental (two things that won't work for a team effort like school board).
In District 1, Eric Blumhagen has the lead with second place going to Liza Rankin. Blumhagen has both the professional background AND the knowledge base of the district.
District 6, incumbent Leslie Harris has a comfortable lead over second place finisher Molly E. Mitchell. With so many new people on the Board, having Harris is vital.

Lastly, Director Betty Patu is stepping down early from her District 7 seat, so the Board will pick her successor. There's a forum tonight for the 10 candidates at Rainier Beach High School from 6-9 pm.

Shorter take: Juarez, Pedersen, and Morales will win in November. Herbold and Orion will have to work hard, but should prevail as well. Districts 6 and 7 are the only truly competitive races.

Quintus @13, I voted for the library levy without reading the fine print, and I still would have voted for it even with the elimination of late fees, even if I'm still puzzled myself. I can only imagine they at least prevent you from checking out any more items if you have an item overdue. Still, I can only imagine there's going to be a spike in overdue books.

tothepoint @16, I think Juarez is a case where one has to weigh the good against the bad. I was distinctly displeased with her support of the head tax, but she's been good on transit, good on density. She was endorsed by Seattle Transit Blog. I'll give her credit for helping to bring the world-class hockey facility to Northgate. And really, what was the alternative? Ann Davidson Sattler comes across as one of those "Make Seattle Great Again" types who would just as well drive out growth and business, if not through head taxes, then through stymying development. And the rest of the field? Nothing really to distinguish any of 'em.

@29 I read it again, and I found this sentence in it again: "You are not going to win an election simply by calling other candidates names." Is there an unstated exception of some sort I'm missing?

Ok, which candidate(s) ran on that platform? Because there’s a huge distance between all of that, and simply admitting the obvious: our previous policy failed, and we need a new approach.

The “homeless are our neighbors” lie died when the primary purveyor of it threw in the towel in Ballard. Other than that, sweeps have increased, Navigation Teams have more funding, and the few incumbent City Council Members who bothered to run can’t seem to win majorities, no matter how much money they spend.

Your narrative has no clothes.

@31 So are we carrying out a successful program to address homelessness, or has our policy failed and left us in need of a new approach? You seem to have an awfully hard time making up your mind, even within a single comment.

Your narrative is dead, tensor.

It is time to say good-bye to the fantasy of a body politic invigorated with hobo-loathing descending on the polls to sweep a tax-hating, wealth-sheltering council into power with a mandate to arrest and jail every needle-derelict in the city.

It was all in your mind, tensor. It was never real.

I don't know, this feels like one of the multitude of articles predicting Trump's doom before the presidential election. We'll see in the general election. Only in D-4 did the incumbent take 50% of the vote (and this still may change, there's no way they've completed count of the mail in votes.) The 'Baglady' and 'Potatos' saw the writing on the wall and got out before the boot hit them, the Stranger doesn't see that the challengers are somewhat unknown - I believe most of the votes for them are votes against the incumbent and now that it's one-on-one in the general election, they're going to get slaughtered. The rule of law still has a chance in Seattle, I think we'll have a sigh of relief after the general election that we have stepped back from the brink.