My Deep, Deep Love of Luis Tosar and His Thick, Thick Brows 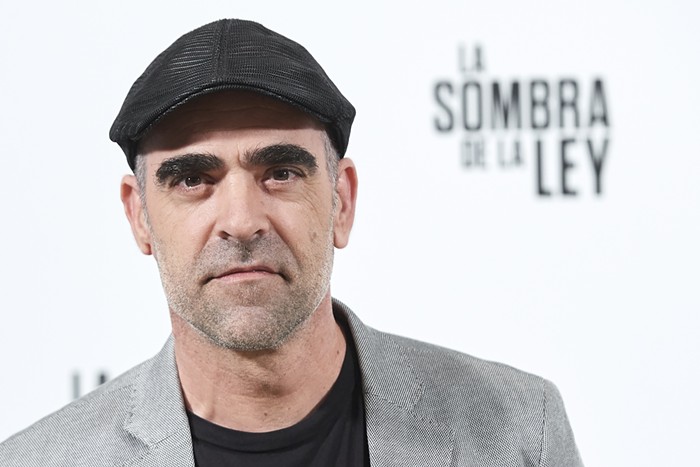 I love him. Photo by Carlos Alvarez/Getty Image
Welcome to Unstreamable, a weekly column that recommends films you can't find on major streaming services. This week: Cell 211; The Black Balloon; Turn Me On, Dammit; and I Downloaded a Ghost. Find our other recommendations here.
Sponsored 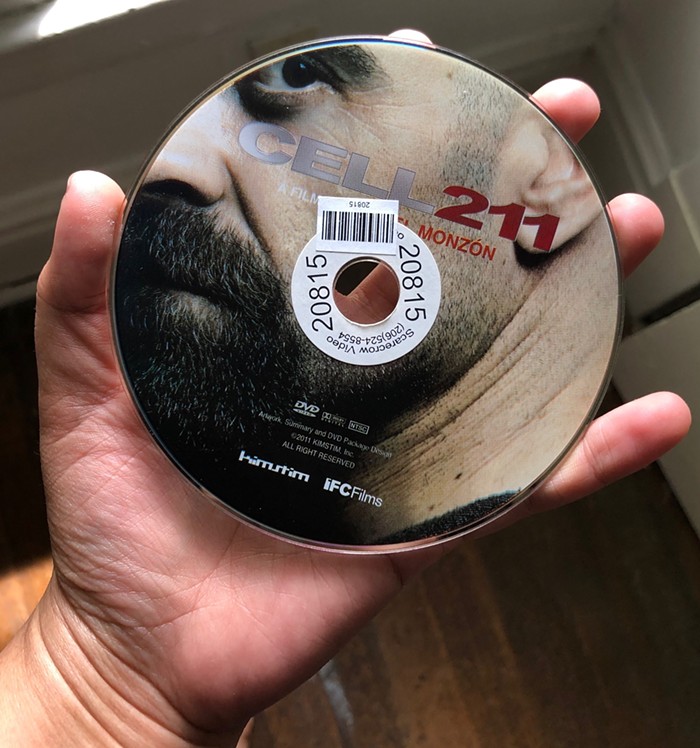 America, meet Tosar. JK
I lived in Spain for two years and every Monday evening I’d meet up with my friend Fran over beers for an hour of language exchange—the first half in Spanish, the second in English. Fran looked like an Iberian Paul McCartney. He liked movies and recommended Cell 211 to help my Spanish. Also, he knew of my love for actor Luis Tosar and his thick brows.

The drama follows Juan (Alberto Ammann), a prison guard, on literally the worst first day ever. While being shown around by his colleagues, he gets injured just before a prison riot breaks out and, in the confusion, the other guards leave him in an empty cell in the heart of it all. When he wakes up, the penitentiary has been hijacked and Juan’s mistaken by the prisoners for a prisoner. He’s taken to head honcho, Malamadre (my beloved Tosar), a violent criminal who will control the prison until his demands are met. In order to survive and stop the takeover, Juan has to game everyone to get home to his pregnant wife Elena (Marta Etura).

This is a (predictably) violent and dark entry into the prison drama genre, but I agree with the snarling and cruel Malamadre: all he wants is better food, better medical attention, and better living conditions—basic human rights denied to him in prison. And he’ll die trying to get it. 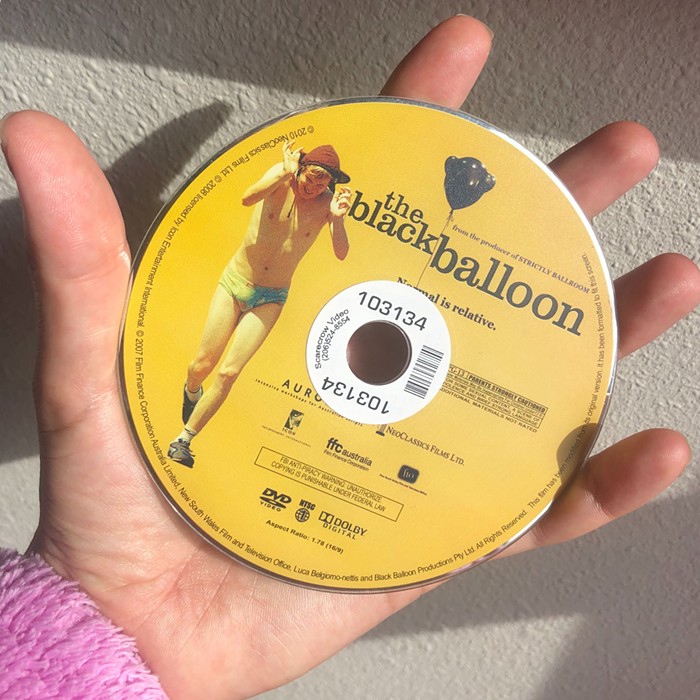 Another movie where Toni Collette plays a mother to chaos. CB
I'm working my way through every movie that casts Toni Collette as a stressed-out mom, which brings us to The Black Balloon.

In Australian director Elissa Down's first feature-length film, the Mollison family is attempting to make things work for their son Charlie (Luke Ford), a boy with severe autism who communicates exclusively through sign language. Maggie (Toni Collette) is trying her hardest to chill out, as she's very pregnant and her doctor has ordered her to relax, but Charlie makes that difficult—his unpredictable tantrums send him running off into the neighborhood, breaking into houses, and pissing in other people's toilets. Maggie's husband is usually at work, and her other son, 15-year-old Thomas (Rhys Wakefield), is becoming more and more embarrassed by his brother.

Down's script is inspired by her own childhood. She grew up with two siblings on the autism spectrum, and Charlie is based off Down's youngest brother. Having a similar childhood as Down—both of my younger siblings are on the autism spectrum—I was interested in Black Balloon, although I always wince when neurotypical actors play autistic characters. That concern aside, the film swept the 2008 AACTA Awards (Australia's Oscars), winning Best Film, Direction, Original Screenplay, Editing, Supporting Actor (Wakefield), and Supporting Actress (Collette). Notably, the film also stars Australian supermodel Gemma Ward. CHASE BURNS 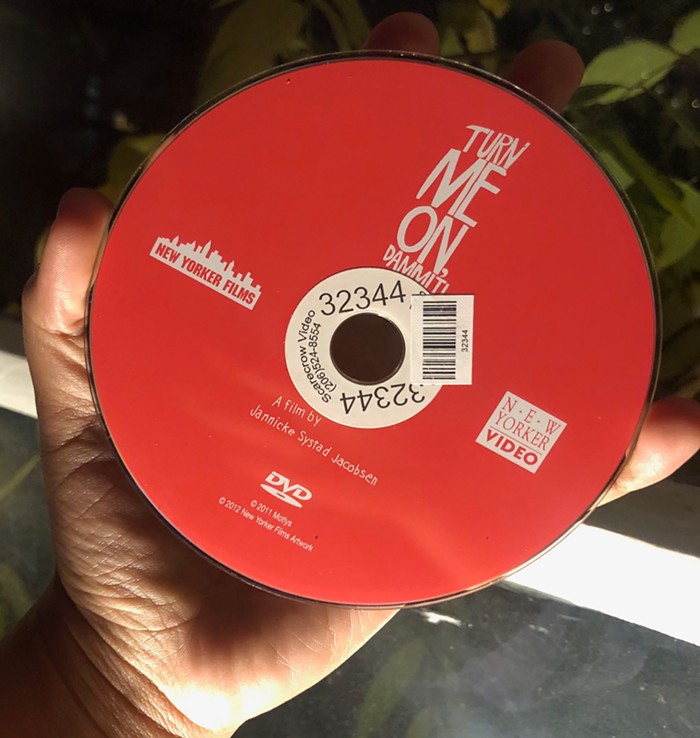 This sweet teen sex comedy is super pervy and relatable, but never exploitative. Turn Me On, Dammit was shot with actual teens who needed acting lessons before the shoot began, but you’d never guess it—Helene Bergsholm as Alma is a delight. Shout out to film critic Marya E. Gates for the recommendation. I found it in her Female Filmmaker Friday series on her blog Cinema Fanatic (which I’ve been following since she was on Tumblr and whose recommendations are hugely responsible for my own film literacy!). JASMYNE KEIMIG

Available for rental on DVD at the Seattle Public Library and Scarecrow Video.
***
I Downloaded a Ghost
Canada + USA, 2004, 90 min, Dir. Kelly Sandefur 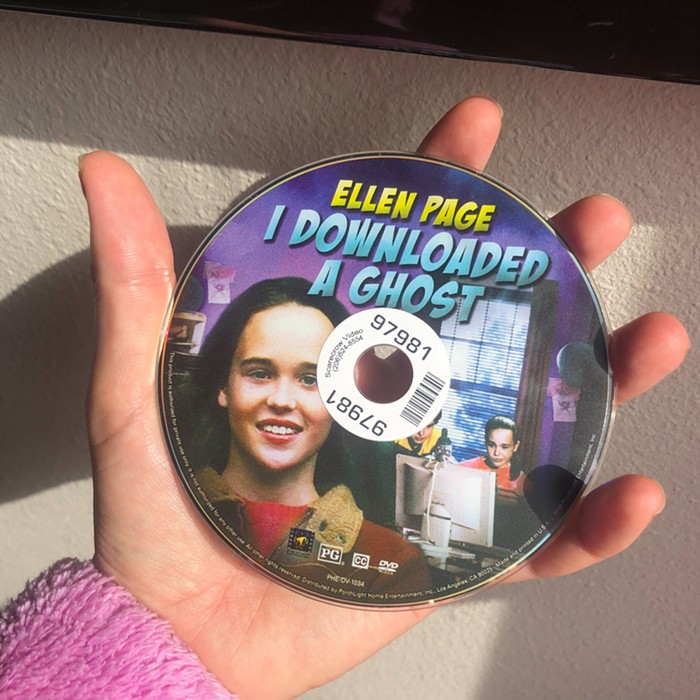 Downloading ghosts is just a normal part of growing up, Ellen. CB
I think this film's title is so funny. I only rented it because it stars a baby Ellen Page—but the film's description must be noted:


Downloading a "recently deceased stand-up comic" is perhaps one of the most unique forms of misery ever concocted.

I Downloaded a Ghost is your standard early-2000s Disney Channel Original Movie fare, but noteworthy because of Page, who plays a tomboy who hates makeup and wants to spend her free time hanging out with ghosts in her spooky shed. Maybe somewhere deep down there's an allegory about lesbianism in there.

Rent this if you are responsible for kids and want to introduce them to Ms. Page. If you're looking for an even younger Page, check out Trailer Park Boys, although probably without kids present. CHASE BURNS

Available for rental on DVD at Scarecrow Video.
Do you have unstreamable Halloween-related recommendations? Send Chase and Jasmyne an email!
The Stranger depends on your continuing support to provide articles like this one. In return, we pledge our ongoing commitment to truthful, progressive journalism and serving our community. So if you’re able, please consider a small recurring contribution. Thank you—you are appreciated!
CONTRIBUTE NOW