Poll Finds Latinx People Don't Like to Be Called Latinx 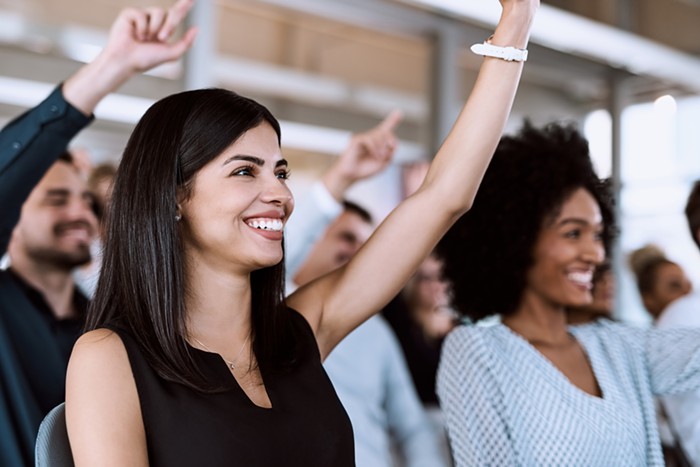 "Raise your hand if you don't want to be called Latinx." PeopleImages/Getty Images
No field of presidential hopefuls has been as inclusive as the one vying for the Democratic nomination right now. They endorse concepts like nonbinary drivers licenses, talk about violence against trans women as an “epidemic,” and have incorporated the gender-neutral term “Latinx” into their vocabularies. Some even know how to pronounce it (Latin-ex, not La-tinx).

This was steady across all demographics. “We went into it with the hypothesis that awareness was going to be lower than social media makes it seem,” says Mario Xavier Carrasco, the co-founder of ThinkNow. “We didn't think it was going to be as low as it is. We also thought that it was going to be significantly more popular among young people, and it's not. There's no significant difference there.”

In fact, the researchers found that just 3 percent of respondents under 35 preferred “Latinx” and 97 percent preferred anything else. (Clearly, the progressive media establishment and the Democratic candidates for President have a lot more educating to do.)

Carrasco says they are going to follow up this survey with another one asking if Latinx people are actually offended by this term or just unaware of it, but for some, including Giancarlo Sopo, a contributor to USA Today, the answer is obvious: It's offensive. "Gender-nonconforming Americans should be treated with compassion and respect," he wrote. "If someone wants to be called Latinx, that is fine, but the label should not be forced upon all Latinos. Hispanic Americans face plenty of challenges. The last thing we need are progressives 'wokesplaining' how to speak Spanish."