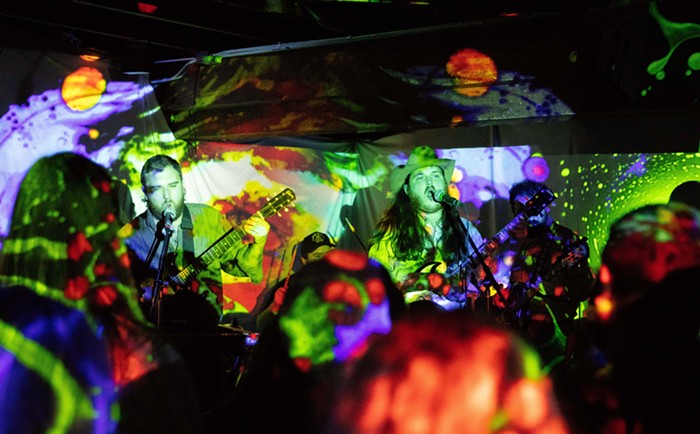 Smoker Dad playing at Sunset Tavern on Sunday night with visuals by Mad Alchemy Light Show Lester Black
At Freakout Fest in Ballard this past weekend, the music was good, but I think the visuals might have been better.


Each venue, minus Conor Byrne, featured the work of Mad Alchemy Light Show, a team of artists who work within the medium of "liquid light art," manipulating chemicals over a projector to cast trippy visuals. Led by artist Lance Gordon, who has worked with the medium since 1971, the San Francisco-based Mad Alchemy has traveled with bands around the world since 2013, pairing music with moving visuals. 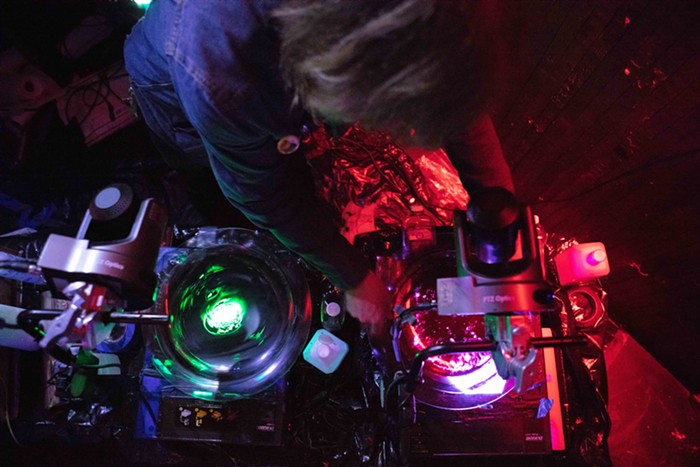 A projectionist at the table in the back, doing some light alchemy. LB

Their work is all done live over colored projectors. On each projector is a set of spinning glass plates, between which is a mixture of alcohol and oil. Smushing the liquids together using the glass plates causes a reaction, which is then projected onto the background of the stage, resembling an ever-changing, Rorschach-like image. Each of these light shows is entirely unique, usually layering 6-9 of these projections per set.

At Sunset and Tractor Tavern this weekend, the projectionists had at least two plate projections going at the same time, layered over a background loop of a pre-recorded projection done by Lance Gordon. One Mad Alchemy crew member told me they like to have "a little bit of Lance" at each show when he can't be physically present to project.

Mad Alchemy's light show was appropriately analog, matching the often frenetic and rock & roll-fueled energy that many of the bands brought to the stage each night. I hope they come back to do it again.

Some more pictures from a few of the Sunday night sets: During the sets at Sunset, the projectionist used a piece of rolled-up paper to concentrate the gaze of the camera onto the swirling, moving goop smushed between the glass plates. LB 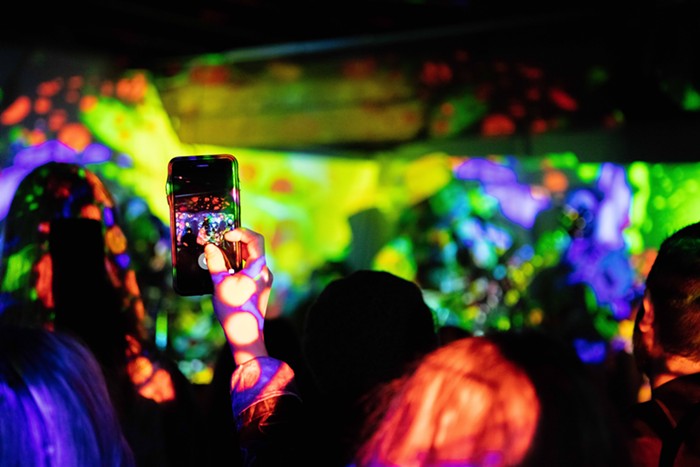 An audience member at the Sunset. LB 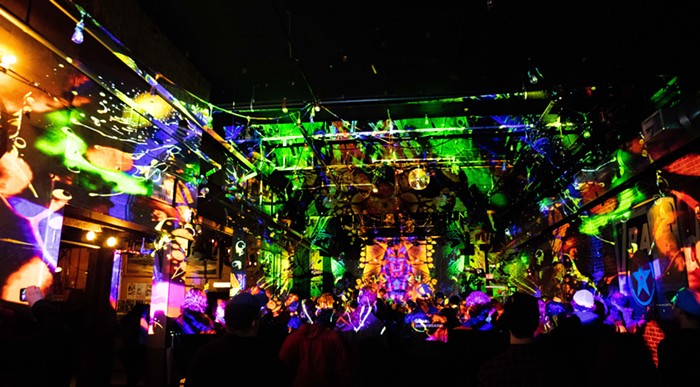 Tractor Tavern looked like the inside of a kaleidoscope. LB

A post shared by Lance Gordon (@themadalchemistliquidliteshow) on Oct 20, 2019 at 5:54pm PDT

A post shared by Lance Gordon (@themadalchemistliquidliteshow) on Oct 1, 2019 at 4:44pm PDT