"[T]his had happened to a friend of my... grandmother" is the beginning to every apocryphal story told. Old people love that shit.

Regarding the King Edward II reference: "Legend has it that he was murdered by having a red-hot poker thrust up his anus."

1, You have that wrong. Christians believe that the stork brings babies and the swallow prevents babies.

"People have done studies..." is another apocrypha the old coots trot out when they are indulging a superstition.

@4
The swallow def prevents babies. Not sure about the stork, though

Men are strong and can take, women are weak and fragile, episode #47,146

Dan flips back and forth between opinion and objective truth as it suits a bit too much these days.

An Overly Euphemistic Game of Telephone is a terrible name for a band. I kind of dig it.

LW is describing a rectovaginal fistula—could have happened to some unfortunate friend-of-grandma, but because of childbirth or surgical complication.

Which reminds me of a legit awesome band name idea I heard recently: The Terror Birds. Or just Terror Birds. There's actually an extinct claude of birds known from Cenozoic fossils that are called "terror birds" because of how fucking scary they were and the horrible way they are thought to have killed their prey.

Also: Bone-Crushing Dogs or The Bone-Crushing Dogs. Another extinct clade (that should say "clade" @16, too, and not "claude") of animals, this time canids that could actually crush bones with their jaws to get to the marrow (like hyenas do today).

I highly recommend this YouTube channel from PBS called Eons. They make ~10 minute videos about the history of the evolution of life on Earth -- everything from the earliest photosynthetic bacteria oxygenating the atmosphere to recent human evolution. It's really really cool and you learn about things like terror birds and bone-crushing dogs and get the most metal band name ideas to do nothing with. Their video from last week is about how cats got domesticated.

(I'm not suggesting hyenas ate canids. They're not. They're actually feliforms, not even closely related to caniforms.)

At some point, the lw will never know. But it doesn't really matter. The lw can return that Fleet enema, bottle of lube, and butt plug she was planning to give her mom for Xmas.

Whenever I hear the religious right (or somebody’s mother) screaming about how wicked, and terribly dangerous some practice is, I pretty much know that they’re doing it themselves ‘til their eyes go crossed because hypocrisy is one of their main job requirements. I bet mom’s got a coke bottle up her butt right now as we speak.

"I bet mom’s got a coke bottle up her butt right now as we speak."

Where is this week’s column? I read the first half an hour ago and now it error 404 and has been replaced with last week’s column on slog!

CalliopeMuse, there was an outstanding comment by Registered European recently that is hands-down the top contender for my next band name: “Schrödinger’s Smegma.” I’m thinking some prog/punk fusion, with Johnny Rotten on vocals and Neil Peart on drums.

I don't see how any of us around here could say that, given how many times we've all heard Dan refer to his coming out as "the time I told my mother I suck dicks."

The sounds through the wall are definitely different when my neighbor's doing her in the golden brisket vs. the poo pipe. Small sample; anecdotal, sure, but . . .

So, when you think about it, PiV is far more likely to cause this situation (piv=preggers=fistula). 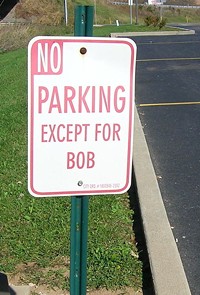 Jeebus @9, I too read ITAT as female. And what's the incentive for her to change her mother's mind? The same incentive any adult has to know something their parents don't: to prove that they're no longer children who know nothing about the world. And in this case, probably, because she enjoys anal sex and while she may not want to tell her mother this, she doesn't want her mother thinking she's risking serious injury. Can you imagine bending over and getting an image of your mother saying, "Your grandmother said her friend Dorothy died this way!" Boner/sphincter killer. Or she's worried that her mother IS right. By age 41, most of us have come to see that quite often, mothers are.

DanFan @11, good point that one of her options is to drop the subject, but where do you see either ITAT or Dan calling the mother or grandmother names? I think you're taking ITAT's observations on Catholicism as a personal insult.

Also, we don't know for sure whether granny isn't around to ask. ITAT referred to her grandmother, not her late grandmother. She'd be in her 80s at least but she may still be alive.

Ciods @ 31 - This is all anecdotal, but it's actually been the total opposite for me. My hemorroids (which until this year had always been external) decreased tremendously after I started having regular buttsex in my late 20s (before that, I only did it occasionally as I feared it would make them worse till someone advised me otherwise).

Internal 'roids are a totally different matter, though, as I recently discovered.

Why not consult a gynecological expert on this one? As I’m currently healing from childbirth myself, I’ve done a bit of internet research into vaginal prolapse and learned that childbirth is only one likely risk factor. The other is menopause. Hormonal changes can weaken the vaginal wall increasing the chances of bladder, uterine, or rectal prolapse, and potentially fistulas later down the road.

Cautionary tales are indicative of general ignorance on these topics, and an expert on post-menopausal women’s health could shine some light where often none has shone.

The mother's statements are odd for a number of other reasons too. We all know childbirth can be dangerous, but that generally makes the society look for ways to make it safer, not to caution against it altogether. Vaginal sex can be dangerous too (urinary tract infections, cystitis, transmission of disease, and more), but that generally makes the society/medical professionals look for ways to make it safer if the woman is married and warn against how it will kill you if the woman is unmarried.

We humans don't generally form our beliefs as part of a comprehensive philosophy that makes sense. Our minds aren't like non-fiction books where we begin with a set of axioms and build an argument from there until we reach unassailable truths that are revealed in the concluding chapters. Instead, we form opinions based on what we've heard, most of which we don't question. I could bore you with examples of how I heard an urban legend 30 years ago, believed it, and left it in the back of my mind unquestioned until I learned something new and all of a sudden realized "duh! of course that couldn't be true!" But usually that doesn't lead me to the other outdated stuff I've got floating around in my belief system. It just doesn't work that way.

That's what I believe is going on with ITAT's mother. She's got a hodgepodge of beliefs based on things she's heard and mixed up anecdotes that she mentioned anecdotally to her daughter. I'd bet that if ITAT gave her mother some real medical information, she'd change her mind.

Coming back to Jeebus @9, ITAT had three questions, and none of them was "how can I get my mother to change her mind?"

phascogale @20 Thanks! Looks right up my alley. I'll add it to my ever-growing podcast list upon which I spend time I don't have. ^_^

Maybe the LW just wants her mother to like Fleabag. I know it would make me sad if my mother was disturbed my Fleabag.

(I actually watched it with my parents. It's a great show and my parents actually love it more than I do, but that was an... interesting experience. I have to be more careful what I watch with them in the future. It was like that time we played Cards Against Humanity. Super weird.)

Tell your mother, LW, that it’s probably an old Catholic Wives’ Tale, to discourage their Catholic husbands from giving it to them up the arse. Bit like the not tonight I’ve got my periods line, or the headache has come in. Pretty nifty some of these Catholic wives, with their tales. Off fucking the priest into the bargain. Those were the days!

For the record, I really enjoyed fleabag and would have no qualms recommending it to my own mother. But I'll never talk to her about sex that any of us are having ever again.

It's pretty well established by the commentators that mom might have experienced some childbirth related injury.

Ricardo, I agree 100%. The portrayal of sex in regular old movies seriously misled me (and messed me up) when I first started having sex. It took a couple years to figure out that the way I thought it was supposed to work was not, in fact, how it was going to work--and that that was not, in fact, my fault.

@11: Stop justifying shitty people being shitty just because they're old. To the extent that we can hold anyone accountable for their actions (most of our behavior is determined by a combination of genetics and developmental environment, two things over which any given individual has little to no control, though I don't think our society is ready to immediately jettison the concept of individual responsibility/culpability), we can hold old people accountable for expressing opinions that were more accepted or even mormative when they were younger. Pick a topic, and some people knew better then, which means it was possible for a person to know better then, which means the old person in question should have done a better job of forming opinions then and, even if ze didn't, changing them as social moral reasoning progressed. "Things were different then" is some unjustified special pleading (unless you're coming at this from a perspective that recognizes that things are different NOW for different people, so people with shitty views now are no more to blame than the olds you're excusing, and, hey, maybe you DO think that present-day Nazis and misogynists and al Qaeda militants are simply victims of circumstance).

@46: On the balance hefe in USA, mainstream, non-"pornographic" (for some range of definitions of a word that has notably defied definition in the US Supreme Court) depictions are far worse because they can't/won't/don't show much. I have seen porn where people do lots of prep, use condoms, use lube, etc. The only non-porn depictions I've seen (excluding materials narrowly intended and used for sexuality education) on any of those counts is condom use, and then only when the condom is sabatoged, breaks, etc. It's a combination of outright censorship (literally can't depict certain things, and you get an NC-17 rating in the USA if you even suggest non-heteronormative sex; see e.g. "This Film is Not Yet Rated) and conservation of narrative detail (with limited audience time, you only put details in the narrative that are relevant to the narrative).