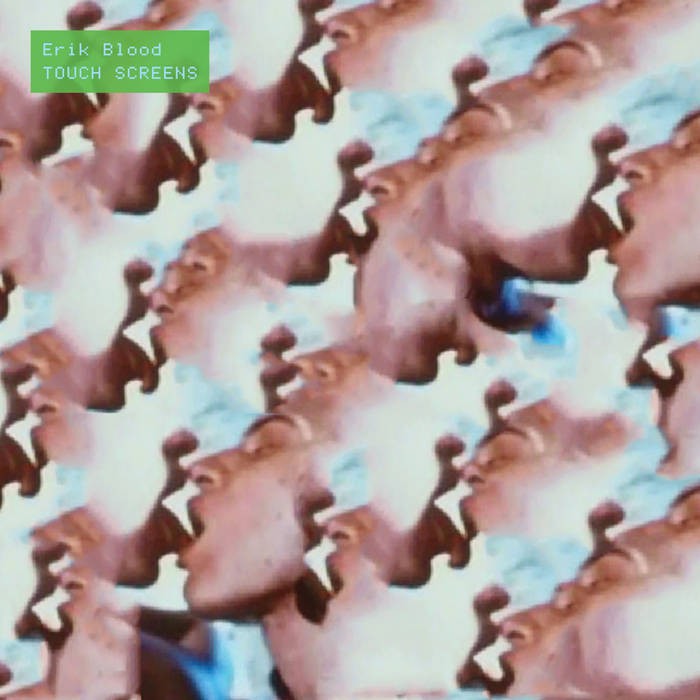 Touch Screens by Erik Blood
Let's get right to it. These are my favorite PNW bands of the second decade of the new century. At the top of my list is Erik Blood, a producer and musician who moved to LA a few years ago but released two gorgeous albums and an EP before he up and left. The first album, Touch Screens (2012), is, quite simply, my favorite PNW album of the decade.

My favorite tracks by Erik Blood, however, are found on the EP, Transom, and the second album, Lost in Slow Motion. The former contains the track "Rachel," which I listened to over and over again during a long dreamy walk from Main Street to Commercial Drive in Vancouver B.C. The latter contains the blissfully beautiful track "The Attic System."

2
The next PNW band is Chastity Belt.

The past three years do not contain a week that has passed without me spending an hour or so with Chastity Belt's third studio album, I Used to Spend So Much Time Alone, which was released in 2017 by the record label of the decade, Hardly Art, and opens with the raw but superbly catchy track "Different Now."
Julia Shapiro (vocals), Lydia Lund (guitar), Annie Truscott (bass), and Gretchen Grimm (drums) form the band, which is originally from Walla Walla, Washington. As for the track "Seattle Party," which is on Chastity Belt's debut album No Regrets—this should be a Seattle anthem, played at major sporting events at those bloated stadiums that consume a lot of SODO. "Seattle Party" expresses a joy that matches the mood of our kind of late, over-extended consumerism, a joy that is thoroughly exhausted. We know there are no new excitements or thrills to be had. We know we are having fun not because we are having fun but because we are supposed to have a good time at a party that's just as great as all the other parties we organized or been to many times before.

3
On the evening of Saturday, April 26, 2014, I entered the Pacific Science Center's Laser Dome with three other writers who had participated in a panel discussion at EMP's Pop Conference. We found seats, gossiped a little, and waited for Sub Pop's preview of Shabazz Palaces' second album, Lese Majesty, which would be released in late July, 2014. Then it happened: The place went as dark as the night outside and laser lights transformed the dome above our heads into a universe in tune with the new beats and raps. But more impressive than the movement of the lights and the fantastic shapes they formed and reformed was the fullness of the music flowing from what certainly felt like the best speakers in the region. In fact, after the album's first track, "Dawn in Luxor," it was clear to me and everyone else that the dazzle of the lasers was superfluous. The music and the darkness were more than enough. By the second track, "Forerunner Foray," I understood that we were listening to the best hiphop album (nationwide) of 2014. The event ended with "Sonic MythMap for the Trip Back," a work whose echoes and chants have the kind of sad beauty one imagines can be located at the point where black holes dissociate stars and other astronomical bodies into scintillating streams of matter.

4
I feel the city of Vancouver B.C. primarily through the ambient sounds of that city's producer and musician Loscil (Scott Morgan). This decade, he released two superb albums. One, the Monument Builders (2016), which is a bold conversion of Philip Glass and Kraftwerk into the dark-green, low-light terms of the Pacific Northwest. In 2014, he released Sea Island, an ambient album that ends with one of the most perfect ambient tracks ever made, "Angle of List." In this piece of music, which runs for nearly seven minutes, we move through an emotional space that has no discernible beginning or end. You enter "Angle of List" as you do a dream. When did you finally fall asleep? You somehow missed the transition. You are suddenly there in the dream. You have, as far as you can tell, always been in the dream. In "Angle of List," you are suddenly there in the middle of a Pacific Northwest that's perpetually becoming—the cold bodies of water, the grey-low clouds, the ice-black mountains, the Pacific-bound cargo ships, that deep, immemorial sound of the evergreen forests, the green skyscrapers of downtown Vancouver.

5
Ok, I made a movie with Ahamefule Oluo. It's called Thin Skin, and is based on his theater show Now I'm Fine. That said, he and three brilliant local musicians—D'Vonne Lewis (drums); Evan Flory-Barnes (bass); and Josh Rawlings (keyboards)—released in 2013 an album, Oak Head, that's raw, gorgeous, and artistically flawless. The closing track of the album "Saying Goodbye (to rainbow socks and hair dye)" is just something else.

The way the bass breathes so easily and so deeply, the effortlessness of the drumming (not even trying, not even fancy, just a straightforward statement that only a master of the sticks can make); the mix of the sad and the comical in the trumpet, and finally the scintillating foams of pop floating from the keyboards. This band killed it on this record, and also its follow 2015 up, Liberation & the Kingdom of Nri, and finally they killed it on the December 2017 live show at the Neptune Theater devoted to Bjork's album Homogenic. I can only think of one other live show that mesmerized me as much as that one, which was the Shabazz Palaces New Year's Eve show in 2014. Erik Blood was there, Chimurenga Renaissance was there, and THEE Satisfaction, the best band of the previous decade, was there. And they rotated performances instead of a regular lineup.

6
As I said, THEE Satisfaction were the best band of the first decade of the new century, but the duo, Stasia "Stas" Irons and Catherine "Cat" Harris-White, released on their 2013 album Awe Naturale, the best track of PNW's decade, "Queens," which also has the best music video by a band from this region (it was directed by the woman behind the documentary that brought down R. Kelly, Surviving R. Kelly, dream hampton).