Leilani Polk
Every weekday during March, Women's History Month, we'll be writing about a great film directed by a woman. Although our list won't be comprehensive, we hope to shed some light on work that often gets overlooked by mainstream audiences and awards.
LADY BIRD
United States, 94 mins, Dir. Greta Gerwig 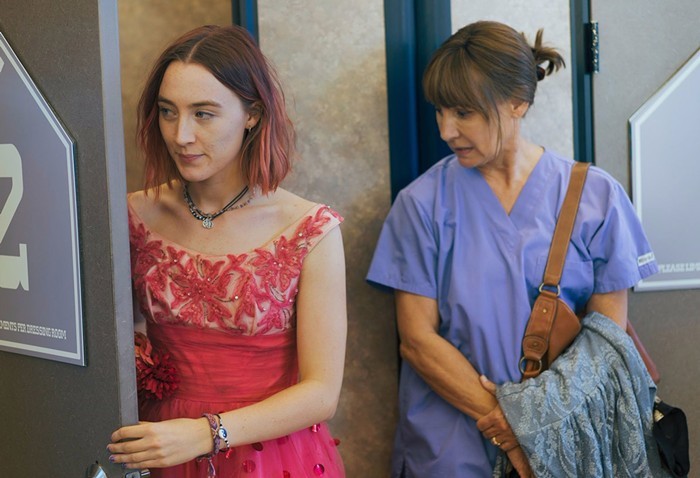 The 2017 film that got so much buzz for winning two Oscars but snubbing its female director in her fantastic solo writing and directorial debut, Lady Bird is an exceptionally well done coming-of-age tale about a high school senior, Christine “Lady Bird” McPherson, navigating her way through her senior year of high school. And it touches on all the standard coming-of-age tropes: the highs and lows of friendship, young love, and sex; trying to fit in while trying to find yourself; the conversely exciting and anxious period of waiting for acceptance (or rejection) from colleges; the fractious moods and moments of impulsive rebelling that just can’t seem to be helped. All of it is explored in a deft, poignant script with the keen hand of someone who is intimately familiar with all of it.

What is most significant about Greta Gerwig’s film, however, is how it so flawlessly captures the tumultuous, fraught relationship between a mother and a teenage daughter on the verge of becoming an adult, and all the converse feels the latter has about her mom during this time—this parent knows you better than anyone else, but also seems to not know you at all; you don’t want to need this parent and in fact, wish she would back the fuck off and get out of your life, and yet, you’re desperately seeking her approval, her care, her unconditional love. The other reason Lady Bird works so well is on-point acting from the two women at the center of the film; Saoirse Ronan as Lady Bird and Laurie Metcalf as her mom are great foils, their scenes together almost like a dance of give and take.

Available on Amazon Prime, Kanopy, and multiple platforms to rent or buy.