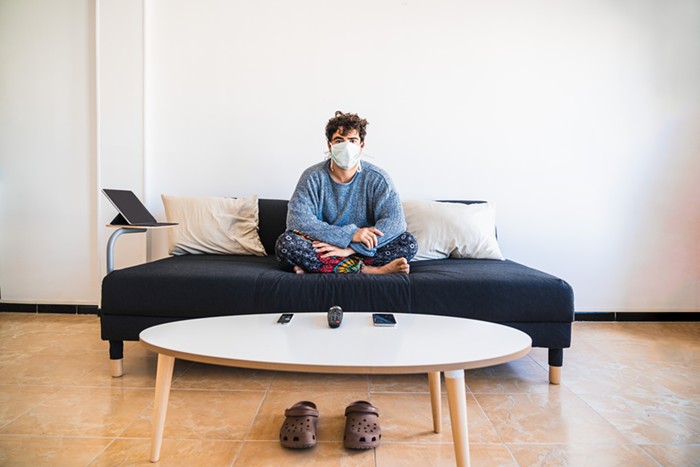 What's in store for us? We're self-isolating and trying to figure it out. Daniel Lozano Gonzalez / Getty Images
The end of Chimerica. For about the past 30 years, the world's economic order has been structured by a tight relationship between China and the US. The former produced cheap goods, and the latter consumed them. The conservative Scottish-American historian Niall Ferguson described this relationship as Chimerica. After the crash of 2008, Chimerica pulled the world out of the recession with bailouts and massive fiscal spending. The US's stock markets bounced back, and China's infrastructure became one of the wonders of the world. The crash of 2020, however, is not only worse than the previous one, but finds the two economic superpowers growing further and further apart. The US is blaming China for the virus, and China is blaming the US for bringing the novel coronavirus to Wuhan. What all of this means is that the next global economy will not be Chimerical. It will just be China. The US will play second fiddle. And Europe will do what it has done since World War One: decline. —C.M.
• • •
Strippers, drag queens, DJs, and other nightlife performers will stay online. The club has decamped to Instagram. It's where strippers are dancing in front of millions, DJs are playing in cyberspace, and drag queens are performing in showers. Nightclub performers were among the first hit when statewide shutdowns of non-essential businesses went into effect. But by mid-March, queens started to take their club shows to Instagram Live and Twitch. A few weeks later, queens were telling me (and others) that these shows have been more successful than they anticipated. Many performers have made more money for a three-minute number in their bedroom than they made for a three-hour gig in a club. With bars and clubs stuck in an indefinite holding pattern, these performers will take those tips and invest in new digital shows where they have more control. The most interesting club is now on your phone. —C.B.

• • •
We'll finally get stronger regulations on digital ads. It didn’t happen after Russians quietly bought thousands of political ads on Facebook to help Donald Trump win the 2016 election, so maybe it won’t happen now. But the coronavirus is showing us once again that it would be useful to have more insight into the money behind online political messages.

Here in Seattle, Council President Lorena Gonzalez recently led the nation in passing a law that mandates disclosure of the money trails behind normal election-year ads that appear online AND requires disclosure of the money trails behind “any paid advertisement (including search engine marketing, display advertisements, video advertisements, native advertisements, and sponsorships) that communicates a message relating to any political matter of local importance.” That language is broad enough that it could, theoretically, cover paid Facebook messaging aimed at whipping up politically-motivated coronavirus lockdown angst.

Look for this law to be challenged before it’s widely emulated, but who knows, maybe the frightening realities of our online pandemic “discourse” will speed it toward becoming national policy. —E.S

• • •
A renaissance of craftsmanship is coming. Everyone I know has taken up a hobby or an interest that is tactile and useful. People are feeding budding sourdough starters and sowing the seeds of their own victory gardens. I sanded, stained, and finished two wooden planks into shelves at the beginning of quarantine. I even helped paint an entire apartment. I have a DIY craving I’ve never felt before. I bet you have one too. In the post-pandemic times, the crafts we did to kill time will become staples. Sure, I'm talking lasting hobbies but also side-hustles. Forget driving for Uber or Lyft, your hand-sanded side tables and perfected sourdough loaves will pad your pockets in the new world. —N.G.
• • •
RIP FOMO. When there’s nowhere to go, how can you have the dreaded "Fear of Missing Out"? And when even the machinery of commerce is forced to take a break from conditioning you to constantly feel FOMO, will your FOMO immunity bounce back to its full and natural strength? Will we all emerge from lockdown saying, "IDGAF about MO, just gonna keep crafting..."? Maybe! Or maybe not. —E.S.
• • •
Big Tech will get Bigger. The mounting antitrust investigations of early 2020 seem like a decade ago. Many of us will look back on this period with a fondness for FANG: Facebook is a lifeline for bored Boomers, Amazon is delivering our "essential" packages, Netflix keeps us entertained with a Reality TV resurgence, and Google remains Google. This morning, Bloomberg highlighted how the NYSE FANG+ Index is "handily outperforming the broader market this year." Look closely and you'll see that this overperformance is mostly due to Amazon and Netflix. Hopefully their increased growth will be met with increased skepticism, but I'm not holding my breath. —C.B.

• • •
Doctors will become socialists. Nothing like a pandemic to radicalize a traditionally pretty conservative workforce. When not treating patients on 28-hour shifts, resident physicians and medical students rising up the ranks right now are looking around at an inequitable system that takes advantage of their labor and oppresses their patients, and they are not happy.

I am an internal medicine resident in NYC giving it my all caring for patients with #covid_19. This is hard for all the reasons you would expect: it is traumatic, heartbreaking, exhausting.


After the curve has flattened, after the vaccine comes, and after they finish administering the vaccine to everyone, they will remember being denied hazard pay. They will remember being asked to work for free. They will remember the party that made their lives harder, and they will remember the party that didn't do enough to make their lives easier. But most of all, they'll remember the solidarity they found among themselves and their allies during this long and deadly fight. If not socialists, they will at least become progressive Democrats and lead the charge for massive reform of the health care system.—R.S.
• • •
People in the streets. It took a minute, but Seattle Mayor Jenny Durkan has now gingerly half-embraced the idea that we should let people-powered movement take over some of our unused roadways during some days of the pandemic. We could soon see 15 miles of “Stay Healthy Streets” closed off to cars and reserved for walkers, bikers, runners, tricyclers, and scooters on certain days. To speak the darkest fear of the “War on Cars” crowd and the wet dream of the urbanist cohort: Once 15 miles of Seattle streets close to cars and the sky doesn’t fall, what’s to stop us from turning a bunch of this city's roadways into car-disfavoring greenways just like Portland??? —E.S.
• • •
Many independent bookstores will be wiped out. In The New Republic, Alex Shephard offers a solid analysis of the rise of independent bookstores following the Great Recession and a sobering prognosis for the industry in a post-COVID economy. In short, absent significant federal subsidy and sustained donations, independent bookstores are fucked. Lots of sectors of the economy will be fucked, of course, but Shephard’s reporting here reveals an industry buttressed by beams that will be hard to replace even after stay home orders are lifted: live events, cozy public spaces, and a relatively cheap workforce willing to be exploited for the sake of their calling. The inevitable fear of human interaction and browsing books in close proximity, unionization, and an inability to compete with Amazon on shipping will challenge the current structures of many stores. If you want to prevent this fate from happening, buy from your local bookstores or from Bookshop. —R.S.

For decades, the center of Portland's reading life has been Powell's Books. It takes up a whole city block, and houses over a million volumes, new and used.

• • •
Essential workers will become more essential. The reason why there is a great push to open the economy soon is because the pandemic is changing what Americans deem as essential and inessential work. Before COVID-19, bankers were really a must. Nothing could be done without them. Surely, they deserved those bonuses. But in a COVID-19 world, bankers are worthless. The occupations that matter most, outside of those in the healthcare system, concern stocking supermarkets. Trucking supplies. Picking fruits and vegetables. Driving buses. Collecting the garbage. Also, the public is now appreciating that these jobs, which are often low-paying, have always been essential. The scales fall from the eyes. The future of labor in the US will not be same as it ever was. —C.M.
• • •
We'll probably update this post with more predictions each week—and cross out the predictions that fizzle.

Eli Sanders was The Stranger's associate editor. His book, "While the City Slept," was a finalist for the Washington State Book Award and the Dayton Literary Peace Prize. He once did this and once won this, but he also once crashed his bike into a parked car while on his way to a staff meeting, never mind this, so… His website, which probably hasn't been updated in a while, is www.elisanders.net. 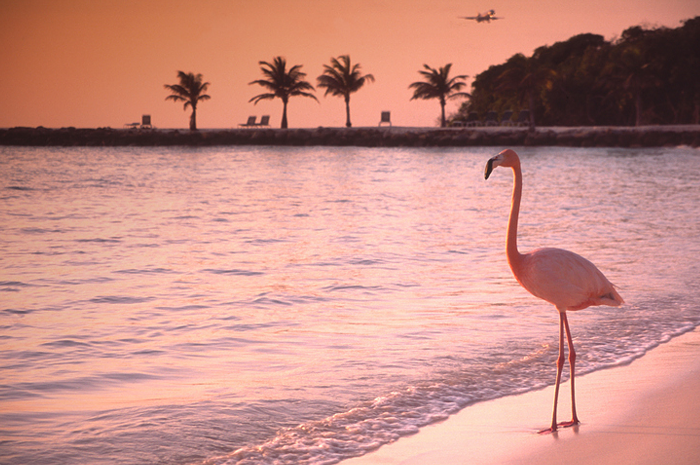 Am Night Before Christmas