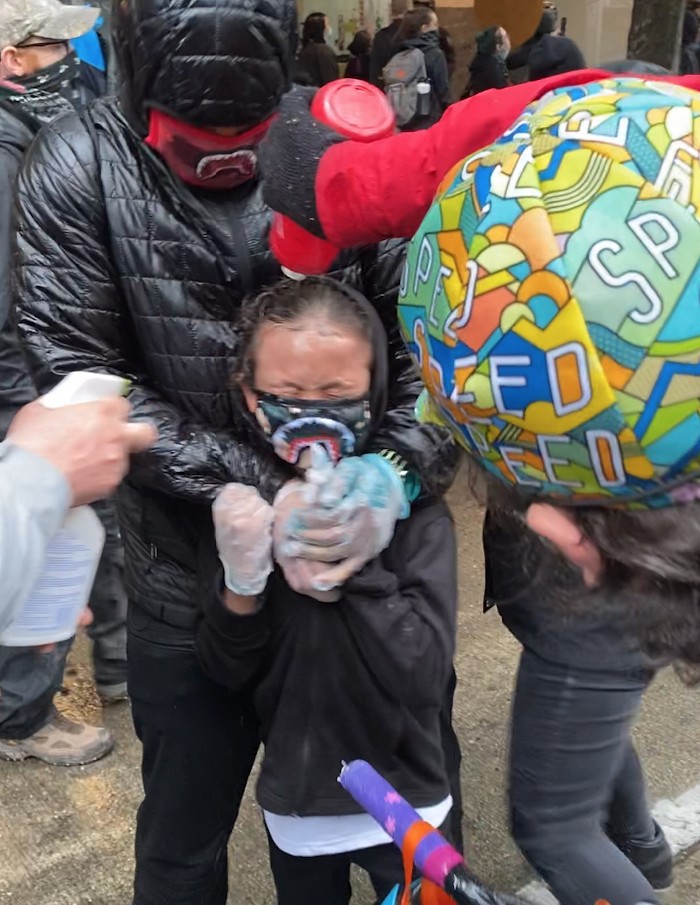 The protesters say the officer who Maced this kid is J Campbell, according to images of his uniform provided to The Stranger. The video appears to show various people treating the girl's face.

This video was provided to The Stranger by a protester named Evan Hreha. Regarding the alleged Macing, Hreha says:

There was a row about two people deep facing the line of officers when it happened, about 100 yards away from the main protest. She got maced by Officer Campbell and ran away to get sprayed down and have milk poured on her eyes when I started recording.

In another video, also obtained by The Stranger, a line of officers, including J Campbell, is being asked by an undentified protester why they Maced this kid. None of the officers respond.

The Stranger is waiting to release that video until we find out more about the incident.

UPDATE 5/30 at 11:18 pm: Mayor's office responds to The Stranger's request for comment.

UPDATE 6/1 at 5:20 pm: The city says the officer deploying pepper spray on Saturday was not Jared Campbell.