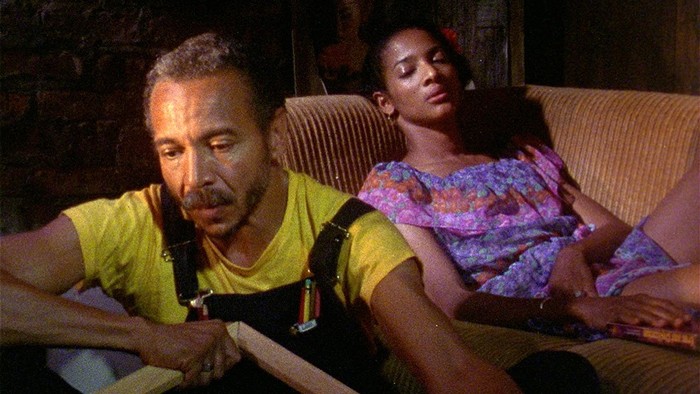 Losing Ground is among the several films by Black filmmakers available to stream for free today on the Criterion Channel. Courtesy of Milestone Films
Today, the Criterion Collection announced that they would be lifting their paywall on films by Black filmmakers and white filmmakers who've captured the Black experience through documentary, so viewers can watch these works for free on their streaming site, the Criterion Channel. This is one part of the company's effort to help fight systemic racism and support Black creators as protests rage around the country, calling for an end to police brutality against Black people as well as greater police reform. They will also be contributing $5,000 monthly to organizations fighting racism in America, after an initial $25,000 contribution.
Sponsored

There’s a New Way to Help Stop the Spread of Covid-19. Your phone.
WA Notify can alert you if you have been near someone who later tests positive for COVID.

Back in September, I wrote about Kathleen Collins's wonderful Losing Ground (1982) for Unstreamable, a column I write with Digital Editor Chase Burns every week about films that aren't currently streaming. The film was one of the first feature-length dramas since the 1920s to be directed by a Black woman. After being screened at various film festivals, Losing Ground never got a wide-theatrical release during Collins' lifetime, which was tragically cut short by breast cancer at the age of 46 in 1988. In the time since, the film has been rediscovered and cherished widely by critics and Black filmmakers alike.

And, lucky for you, Losing Ground is now available to watch (for free!) on the Criterion Channel. There's no film like it.

Dreamy, meaty, and deeply intellectual, Losing Ground is remarkable because of its focus on the interior lives, class and gender dynamics, emotions, and dreams of the Black characters it depicts, specifically regarding the woman at the center of the film, Sara Rogers (played perfectly by Seret Scott).

Sara is an extremely serious, though beloved, philosophy professor who struggles to find a passionate release in her life. This is in direct contrast with her husband, Victor (played by Bill Gunn, a brilliant, underseen filmmaker in his own right, who directed cult classic vampire movie Ganja and Hess), an abstract painter who is nothing but pure pathos. When he rents a summer house in upstate New York to start the figurative phase of his career, their relationship becomes strained as Sara longs to stay in the city so she can study "the ecstatic" for a paper she's working on.

Here's what I wrote about it last year:

The tension in the film comes from this dichotomy between Sara's reason and Victor's passion. She's order, he's chaos; she's rational, he's irrational, etc. And when potential lovers enter both of their lives, Sara and Victor are forced to confront the insecurities in their own relationship, as well as their own perceived failings as people. Sara utters one of my favorite lines that I've heard recently in a film: "The actual sex doesn’t bother me. Victor has sex all the time, with a color, a room, the way the light falls across a building. All that private ecstasy." All that private ecstasy. Could be yours, too.

Despite the film's extremely small budget, the cinematography by Ronald K. Gray gives the visual palette a lushness that feels decadent; the deep greens of the trees upstate, Sara's colorful wardrobe, the wind-whipped roof on top of a building makes the film reflect the deep sensuality explored by its characters. Losing Ground is, as Charles Mudede says, "one of the most important and original American films of the second half of the 20th century."

If you're interested in more Black titles streaming for free on Criterion Channel, go here.

Three veterinarian-recommended tips to help your pets
overcome situational anxiety and other stressors this holiday season.
The Stranger depends on your continuing support to provide articles like this one. In return, we pledge our ongoing commitment to truthful, progressive journalism and serving our community. So if you’re able, please consider a small recurring contribution. Thank you—you are appreciated!
CONTRIBUTE NOW

So is Angels in the Outfield.