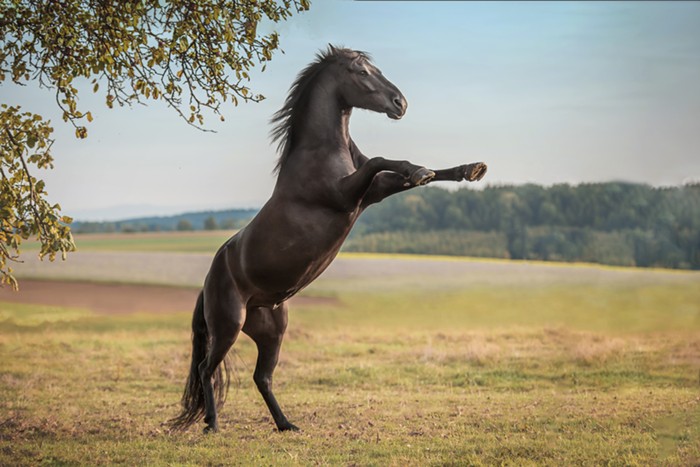 TO FREEDOM!!! Petra Tänzer / Getty Images
Bad news for media outlets that use Instagram embeds: In an interview on Thursday, Facebook—who owns the social media app—said that embedding an image or video from Instagram may not protect news organizations or other for-profit sites from copyright claims. This means websites would have to get a license from the original poster before being able to embed an Instagram on their own site, potentially upending a widely held assumption that crossposting from the site did not need such an agreement.

There were horses, repeat, HORSES, at a rally organized by Africatown near 23rd and Jackson this afternoon: Their names are PJ and Chaka Khan and they are perfect. I'm not a horse girl, okay, I (Jasmyne) just love horses at protests.

The Daily's Jake Goldstein-Street has some good footage of activist Nikkita Oliver speaking on it here:

We gave Michaela Coel’s upcoming series I May Destroy You an excellent review: The 12-episode series premiering on HBO this Sunday takes Coel's signature wit and applies it to the aftereffects of sexual assault. Frankly, I (Chase) will watch anything with Michaela Coel in it. The London-born actress is most known for her series Chewing Gum, a fast, witty, and singular sitcom about a religious 24-year-old who just really wants to have sex. Our writer Robert Ham called this new act from Coel "stunning" and wrote that "this is gripping, provocative television of the highest order and the kind of platform that Coel, and storytellers like her, richly deserve."

The reviews are now in and others agree:

Seattle Times' schools reporter Dahlia Bazzaz followed a #BlackLivesMatter protest organized by a group of Franklin High School students in south Seattle today. The group has a list of demands which includes demilitarizing and defunding the police, funding counselors and nurses in their schools instead of cops, introducing ethnic studies and anti-racist policies throughout Seattle Public Schools, as well as giving the youth a greater voice in schools. It looks like they began on the intersection of MLK & Rainier Ave, then began walking down Rainier, and ended up on the Franklin High football field. Read through Bazzaz's coverage on Twitter here.

I’m at a #BlackLivesMatter protest organized by students at Franklin High in Seattle. There are hundreds holding signs and chanting near the intersection of MLK & Rainier Ave.

It’s a wrap on this youth-led protest. Jackie Jimenez, one of the organizers and student govt president at Franklin, said she was overjoyed at the response.


Number of hospitalized COVID-19 patients in state at lowest level since the beginning of the pandemic: And it's been dropping since late March, early April. KOMO reports that UW Medicine is currently only treating 19 patients for the virus at its four hospitals in the county; at its peak they were treating 120 coronavirus patients per day.


Progressive leaders are calling for Mayor Jenny Durkan to resign, or for the Seattle City Council to remove her.

Seattle says only SWAT can use tear gas for 30 days.

My (Jasmyne) quarantine depression watch got canceled: Netflix's fashion competition show Next in Fashion hosted by Alexa Chung and Tan France will not be coming back for a second season. I thought it was good! I was also deep into an unemployed, socially distant depression hole, so perhaps I don't have a good perspective on its merits.

I (again, Jasmyne) WILL say it had one of the best reality show moments when guest judge Kerby Jean-Raymond of Pyer Moss dramatically walked off the show rather than sending home two Black female designers (one of whom help launched FUBU's womenswear line) on the streetwear episode. TBH, he was right!

Last night, two Buffalo police officers were suspended without pay after a deeply disturbing video of them shoving an elderly man to the ground, stepping over his limp body as blood dripped from his ear, surfaced online earlier that day. The man was identified as Martin Gugino, a 75-year-old peace activist and demonstrator, who came up to the group of officers during a protest over the killing of George Floyd. Gugino was hospitalized with a head injury and is in serious but stable condition, reports the New York Times.

In a show of solidarity and egoism, today all 57 officers resigned from the Emergency Response Team—a specialized team devoted specifically to respond to riots—over the officers' suspension. President of the Buffalo police union, John T. Evans, stated that the officers were "simply following orders" to clear the square.“It doesn’t specify clear the square of men, 50 and under or 15 to 40," Evans told The Buffalo News. "They were simply doing their job. I don’t know how much contact was made. He did slip in my estimation. He fell backwards.” The video contradicts that claim.

Watch the video, taken by WBFO, a Buffalo radio station, of the incident here—warning, it is graphic:

We're going to be off the blog for the rest of the night: We've been at it full time for the whole week and have been told breaks are important. We'll be back tomorrow. We recommend following Chai Adera for a good livestream:

I've been so impressed with so many reporters and streamers this week, but damn Chai Adera @ future_crystals doesn't quit: https://t.co/KaOnv3F2ZA
— Chase Burns (@chaseburnsy) June 6, 2020

Some signal boosts for tomorrow: 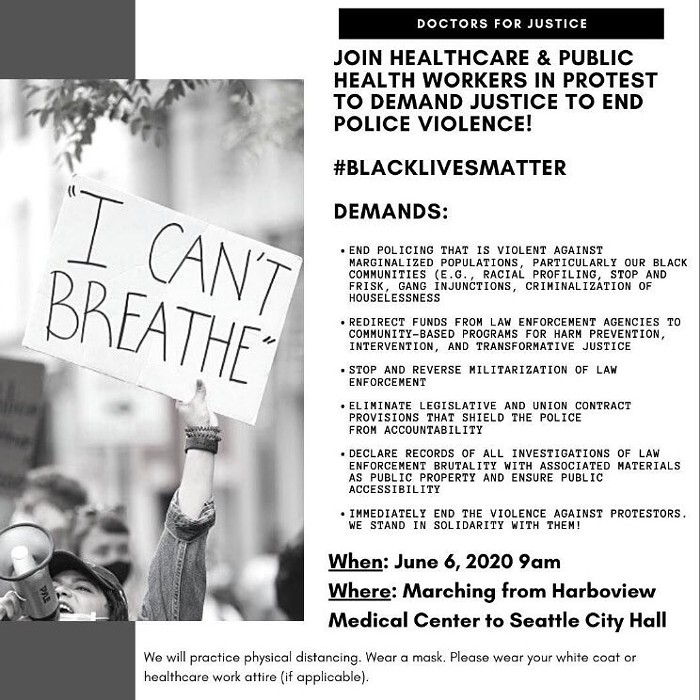 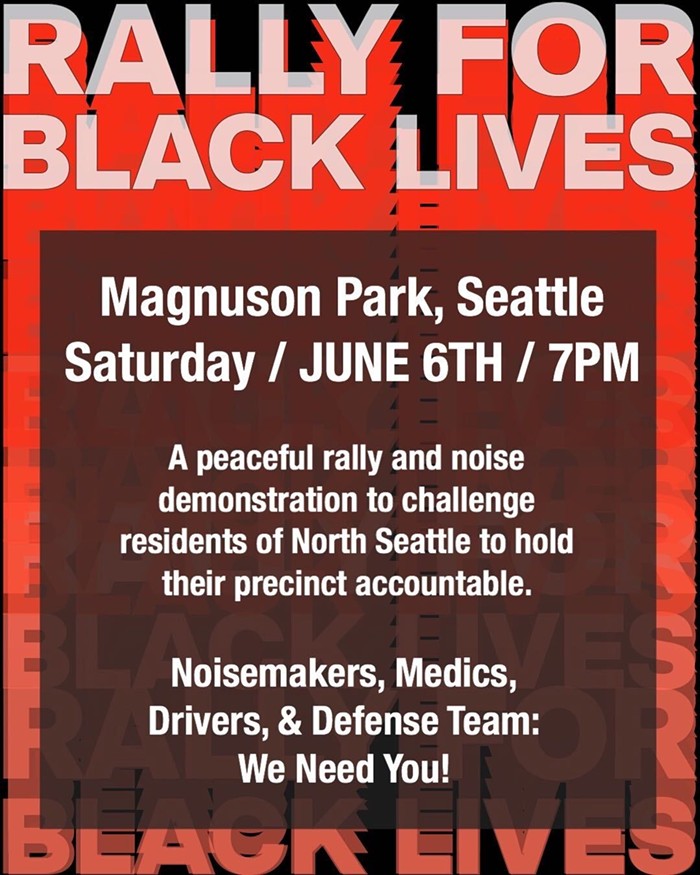 We have a guide to Seattle resistance events here.
The Stranger depends on your continuing support to provide articles like this one. In return, we pledge our ongoing commitment to truthful, progressive journalism and serving our community. So if you’re able, please consider a small recurring contribution. Thank you—you are appreciated!
CONTRIBUTE NOW