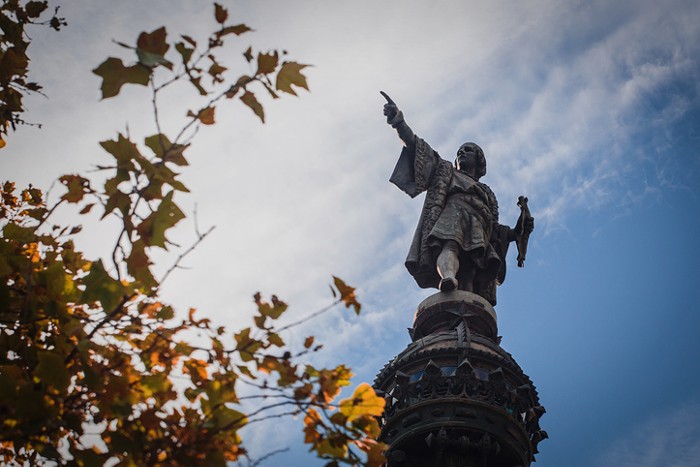 "Light me aflame and then throw my body into that there lake." Artem Dunaev/Getty
Woman who took a flashbang to the chest speaks out: Aubreanna Inda, 26, was protesting on Capitol Hill on Sunday night when she was hit directly by a flashbang. It exploded on her chest. Medics rushed toward her and carried her to safety. Police did not halt their onslaught on the group. Inda's pulse was lost a few times. However, after a stint in the hospital, she's okay. Just shaken. Doctors said that she could have died if the civilian medics hadn't intervened and pumped her chest.

George Floyd's brother testifies: Before the House Judiciary Committee on reform proposals. The hearing is on racial profiling and police brutality.

Durkan's half-assed tear gas ban, explained: Last Friday, Mayor Jenny Durkan and Chief Carmen Best announced that tear gas would no longer be used unless commanded to by the chief or used by SWAT. Or, it turns out, used by the Washington State Patrol, who is not under SPD's authority. Two days after the "ban" was announced, tear gas was deployed. Seattle's Office of Police Accountability will be investigating the incident. SPD reported that the incident was a "life safety circumstance." OPA will be making sure of that.

So long, Chris: The Christopher Columbus statue in Richmond, Virginia had a good run. Protesters threw it into the lake. Not before they spray-painted it and lit it on fire. A statue of Columbus was beheaded in Boston. I love how dramatic this CBS footage is.

A statue of Christopher Columbus in Richmond was vandalized, torn down and thrown in a lake by protesters overnight https://t.co/07TIXNjTZw pic.twitter.com/dSc4uukTap
— CBS News (@CBSNews) June 10, 2020

Snohomish County Deputy under review: For a May 28 incident where the deputy was caught on video repeatedly punching a suspect that was lying face down on the ground. He had been fired under an old sheriff but the next sheriff rehired the deputy. A Los Angeles Police Department officer is going through a similar investigation!

New York's police officers' records are about to come out: Disciplinary records for police officers in New York are kept under wraps. On Tuesday, New York state lawmakers repealed the decades-old law that kept those records hush-hush. This wasn't the first time lawmakers had tried to get the law rolled back, but it's the first time they had the momentum to do so. The repeal will make "complaints against officers, as well as transcripts and final dispositions of disciplinary proceedings, public," according to the Associated Press.

Some more June gloom for you: I do love a drizzly morning.

Plenty of clouds around with some light rain or drizzle through the morning. Warmer temperatures this afternoon, and maybe even a few breaks in the clouds later this afternoon. #wawx pic.twitter.com/GRRWFqKXWD
— NWS Seattle (@NWSSeattle) June 10, 2020

Better late than never: The Navy is working to ban Confederate flags from its ships.

BabyNames.com doesn't pull the punches: Here's the brand statement on the Black Lives Matter movement we didn't know we needed. Sorry, I didn't mean to make that sound like a BuzzFeed headline but sometimes it just comes out:

Want to learn more about Trump's new favorite news network? Here's the skinny on the One American News Network (or, OANN).

Back to COVID-19 for a second: Ever wonder how bad the death toll of this thing is? Comparatively, I mean? The New York Times has a whole story comparing death tolls of natural disasters (think Hurricane Katrina) and other bad shit (9/11, the 1918 flu). The punchline for this article is that New York City's mortality rate was six times higher than normal during this time period. According to the New York Times, places don't see that kind of death rate unless they're experiencing famine or war.

Tucker Carlson gets into it: With Elmo. And Elmo's anti-racism message.

Georgia's primary was rife with problems: Long lines, broken machines, not enough staff. Georgians waited for hours to cast votes in their primary election on Tuesday. Even though the state encouraged people to vote by mail, it didn't make a difference. Many who had requested vote-by-mail absentee ballots never received them. Stacey Abrams, the 2018 Democratic nominee for governor in Georgia, got her absentee ballot but couldn't open the sealed-shut return envelope. She had to vote in person. She intends to bring litigation against the state for how the election was handled.

Welcome to the Capitol Hill Autonomous Zone: Did you see our coverage last night? Councilmember Kshama Sawant spoke and let people into City Hall to call for Durkan's resignation. There was a movie night. The movie of choice was the documentary 13th on mass incarceration. What if... the CHAZ were here to say? Councilmember Teresa Mosqueda is paying attention:

We’ve have been calling for a super block in this region for a while - streets for people and bikes, local shops and food vendors, childplay areas and limiting cars to just delivery, distribution and local residents - could this be the *Auto-No-Mas* Zone we’ve been waiting for?🤞🏾 https://t.co/QfC5ephK3y
— Teresa Mosqueda (@TeresaCMosqueda) June 10, 2020

A Message to the City from Ms. Pak-Man

Slog PM: Crypto Hackers Flex on the Rich and Famous