Slog AM: Full Steam Ahead for Replacing RBG, Recalls for Durkan and Sawant, and Rain Will Continue Until Morale Improves

Here comes trouble. SeanPavonePhoto/Getty Images
We’re really doing this Amy Coney Barrett thing: Confirmation hearings for Ruth Bader Ginsburg’s replacement are set to start today. You can basically think of her as Scalia 2.0 and conservatives absolutely love her. Is there any way to stop this runaway train of a nomination? I hate to say it, but probably not.


Wonderful weather will continue for the next few days: Keep your galoshes handy and bring your umbrella in for a tune-up, because we haven’t seen the end of this wet weather yet. It’ll likely continue through Wednesday, with sprinklings throughout the next week. (Still plenty of time to plant your garlic before winter weather really kicks in.) This weekend a possible tornado touched down near Seattle, and lightning struck a ferry.

The Seahawks did a good one: I will go to my grave not knowing what sport the Seahawks play, but as far as I can tell from what was trending last night, it’s a very good time to be a fan of the team as they've won five games so far and lost none. Honestly I’m just happy to have some news that isn’t a sign of the impending end of the world (though I can't help wondering what the Superbowl will be like in just a few months). Also, Seattle’s women’s basketball team won a championship last week. For more information about sports, visit your local library, I assume.

Debate tonight: It’s Zack Hudgins vs David Hackney, lubed up and wrestling in an inflatable pool! Metaphorically speaking, of course. The candidates for state legislature will appear via Zoom tonight to tolerate the mercurial questioning of Stranger reporters. Who will emerge victorious — the Amazon HR guy or the landlord? When the electorate is informed, everybody wins.

Have you seen Marisela Botello? The Seattle resident went missing in Texas last week and still hasn’t turned up. She was last seen in surveillance footage leaving a bar with someone, and her phone was last used at 4 a.m. on October 5. She was in Dallas visiting an ex-boyfriend, and her family is raising money to search for her.

Two hurricane relief workers from Seattle killed: Joshua Carroll and Ryan Frazier were installing cable in Alabama to help with hurricane relief efforts when someone shot and killed them. Police say they have a suspect in custody after a car chase — no word on who is responsible or what their motive was.

Jenny Durkan won’t face a recall, but Kshama Sawant still might: A court threw out an attempt to force a recall aimed at Seattle Mayor-For-Now Jenny Durkan. Says the Supreme Court of Washington:

...after carefully considering the issues presented, the court concludes that the recall charges presented in this case are factually and legally insufficient.

A similar effort targeting Kshama Sawant is still in the works. The Sawant recall is the work of a local business guy named Ernie Lou, along with a real estate family, with Egan Orion donating a mailing list in support of the effort. Lou promised Orion that his involvement would be strictly confidential. Oh well!

Nice new sculpture coming soon: A swirly sphere-ish sculpture called El Sol: Elevate will be installed just down the street from the Space Needle. It’s the work of sculptor Miguel Edwards, who’s done similar work around the region; and it will be yet another thing that, when you finally start going out again after quarantine, will make you say, “wait, was that always there?”

Lots of fun news from Comic-Con: Polygon has a great roundup, including new teaser footage of the Monster Hunter movie (there’s an airplane???); Hulu’s new MODOK and Animaniacs teasers look fun; Neil Gaiman plans to adapt all of Sandman for audio drama; and the cast of Smallville reunited to gossip about regrets.

There are birds: West Seattle Blog has a lovely roundup of some recently-photographed feathered dinosaurs, including two Pileated Woodpeckers! I’m terribly jealous, and have only seen Northern Flickers lately on Capitol Hill — you can recognize them by their piercing cry of PYEWWW — along with Scrub Jays who love to just stand outside my window and scream at me until I put out a bowl of peanuts. In other news, I really have turned into my mother.

Drugs are washing up on a Dutch beach: So far 300 packages of cocaine have appeared on a Dutch beach since last week, and some enterprising tourists have started searching for more. Police arrested at least one guy who had found 30 little packages and was in the process of transporting them to his car. Please do not attempt to snort sand up your nose in the hopes that it might contain traces of cocaine; that’ll just result in you getting a hermit crab in your nasal passages, and believe me, once they’re in there, they do NOT want to leave.

It’s worm season in Samoa: One week after October’s full moon, palolo worms crowd the coral reefs around Samoa to breed, and that’s when locals wade into the water to catch and fry them. Looks like there was a bumper crop this year! 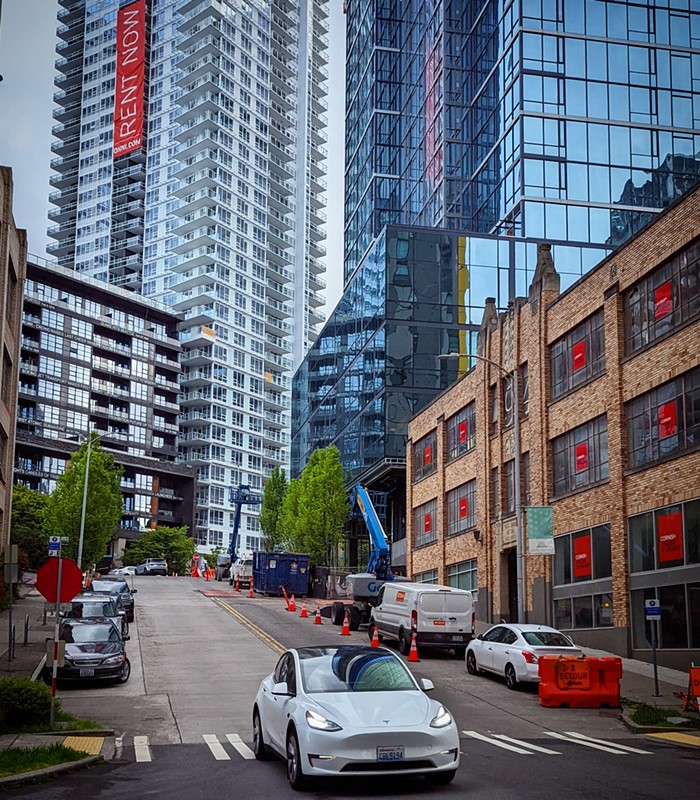