It's Not That Detroit Is Too Poor, But That Seattle Is Too Rich 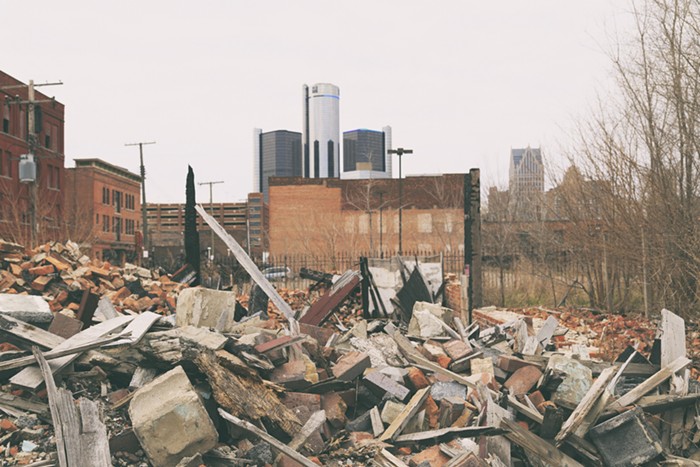 "Here's looking at you, Seattle." Pawel Gaul/gettyimages.com
Let us, you and I, dismantle two recent articles.

One appeared in the center-right Seattle Times, and the other in the full-right Fox Business. The title of the former: "Seattle as the next Detroit? That’s not how we roll." The title of the latter: "Seattle's once-booming economy will soon be demolished by city's tax-addicted progressives."

The latter, by Jason Rantz, ends with this operatic assessment: "And, just like that, the once-booming Seattle, desperate to be seen as world-class, becomes Detroit."

The former, by Jon Talton, opens with this bleak paragraph:

Two weeks ago I wrote about the extinction-level event facing Seattle small businesses, not just because of the pandemic but because of City Hall’s tolerance of crime. It produced the largest response of any column I’ve ever written, 99.9% in agreement.

Indeed, Talton "was surprised by the number of readers who took the leap" and saw a future that has Seattle becoming “another Detroit.”

There is, of course, no substance in these comparisons between the Detroit of yesterday and the Seattle of tomorrow. These are just feelings that are structured by an experience that's imagined to exist outside of culture.

These authentic feeling feelings are culturally structured, and the culture that shaped them is easy to identify. It's dominated by a tiny circle of people who possess an overwhelming amount of social power in the form of money—a medium of exchange that is also a means of storing and accumulating socially recognized value.

Rantz imagines (or feels) he does not live in a society of this kind, one in which money is the key mechanism for the distribution and concentration of social power, and so he makes, with the elegance of a giraffe on ice skates—legs shaky, legs widening—unbelievably inept leaps from one point (Seattle today) to another (Detroit yesterday). Talton at least knows such leaps "are a stretch," but he resorts to an old and almost never challenged story of Detroit's spectacular decline: it began with the riots of 1967.

But the research of the urban historian Thomas J. Sugrue shows the decline of Detroit began at the moment many consider to be its peak—the mid-1940s. At the start of a boom that would last for over 30 ears, the Big Three (General Motors, Ford, Chrysler), already focused on cutting production costs by automation or relocation, either to the suburbs or to other states with weaker union power. This part of Detroit's story, as told by Sugrue, gibes with what's currently happening with Boeing and its concentration of production in South Carolina, a state with weak labor representation and laws.

But what we find in both Rantz's absolutely worthless assessment about the state of things and Talton's effort to provide a more sober assessment is the acceptance of a boom/bust economic system. The reason why Detroit is not doing as well as Seattle (boom) is it's not growing nearly as fast (bust). In fact, for the past 30 years, Detroit has gone into recession more often than not. During the middle part of the previous decade it did experience some growth, but nothing like the growth experienced by Seattle, a city whose tech-sector expansion opened for real estate developers and speculators a future that made the worst and most inefficient form of growth known to the history of our kind, that of finance-driven capitalism, possible.

Now, I want to stop wasting your time and get to the heart of the matter. If we do the right job when examining the wealth that Rantz feels is fleeing Seattle due to mindbogglingly dumb demands made by power-drunk leftist radicals, we will see that the wealth he has mind is not the only one of its kind. But for Rantz, and also sober Talton, it undoubtedly is. That is how they were born and raised. It was the meat and potatoes on the tray of their baby seat. It is still there for them to chomp today. For Rantz and Talton and, sadly, the majority of Americans, there is only wealth, in the way there is only economics. And so, excessive capital accumulation, the conatus of capitalist wealth, is like sunshine and rain, like joy and pain.

At this point, I suspect a number of readers have concluded that the course of my thinking can only end in hippie territory: wealth as fraternal feeling or communion with nature, wealth as inner spiritual enlightenment, and so on. Sorry, but that kind of thing is not my cup of tea. Or, to borrow the words of the British rapper Skepta: "That's not me." My course of thinking, directed by Joan Robinson's encounters with Michel Kalecki and Karl Marx (post-Keynesianism) and the recent thermodynamic theories of Steven Keen (neo-physiocratism), never leaves the realm of economic wealth. But my understanding, which is far richer than Rantz's, is that there is not just one type of wealth and one type of economy. There are forms of economic wealth that any society can adopt or mix. The boom/bust one is not the end-all and be-all.

In fact, this kind of capitalism died after World War Two and was reanimated by financial wizardry near the end of the Vietnam War. But an economy that limited the power of finance, the main means by which capital expands after economic saturation and consequent stagnation, can evidently function without major disruptions. Scan what is called the Golden Age of Capitalism in the US (1947 to 1972—it's called the Trente Glorieuses in French) and you will not find a major market crash. This does not mean, however, that everything was hunky-dory during this generally prosperous time. Class conflicts were alive and well, as Sugrue's analysis of mid-century Detroit reveals. But the economics that Rantz and Talton see as eternal as nature itself has existed for the past 45 years or so. It is one that transformed class conflicts, such as those that gripped Detroit in the second half of the 20th century, into an economic law that explains booms and busts not as the result of excessive speculation but of excessive labor power, high wages, and top-class taxes.

And so, capitalism is not one thing. It has many forms: the neo-mercantilist capitalism of a China or a Germany; the financial capitalism of a US or a UK; the extractive capitalism of a Brazil or a South Africa. There is also the social democratic capitalism of Scandinavia, which would not exist if it did not export class conflict to other, poorer countries (the rise of anti-immigrant movements in these "enlightened" regions is a reaction to the colored or racial importation of this conflict).

The same goes with wealth. The kind of wealth Rantz and Talton confuse as universal is not in nature (or directly expressed through it) but very much outside of it. Their wealth is only one of the many products of culture, which is a product of the mind, which is a product of the social brain. And the human brain is impressive, but to be effective it must also be "wider than the Sky." We owe our impressive adaptability to the plasticity of our brain, which, by way of culture, liberated humans from one mode of life and accumulation.

The culture of boom/bust economics has been normalized because it is has disciplinary features that the rich find efficacious. Busts send wealth upwards (the pandemic crash is clear evidence of this—"How billionaires got $637 billion richer during the coronavirus pandemic") while at the same time checking the power of the working and middle classes by making the means of socially necessary survival within the context of capitalist culture hard to obtain. (It is here we find the ultimate function of the police: they protect the rules that maintain capital's scarcity.) As Katharina Pistor and Nancy Fraser have made clear in books and lectures, capitalism is nothing but a set of laws that are backed by state power.

If we exit the wealth schema that Rantz and Talton see in the same way one might see the roots of a tree or loam, we find that it is not really up to the job. It is like a leaking pipe. On every part of it, waste and breaks. There are, of course, much more efficient ways to connect human economy with ecology, but the one we use does not, like a thriving eco-system, even have an energy budget. In the GDP, labor is counted, capital is counted, but energy inputs are nowhere to be found in the books. Detroit might be poorer than Seattle by the standards set by the Gross Domestic Product (GDP), but because of this, it is more efficient than Seattle. Excessive wealth accumulation (boom) only leads to mind-boggling waste.

But what happens when a sea of capital retreats from the shores of daily life? Long term, we get Dabls Mbad African Bead Museum in Detroit:

Short term, we get Vivid Collective at what remains of CHAZ in Seattle...

Charles Mudede
My next post will explain the impact of capital reduction on Detroit's art scene.
The Stranger depends on your continuing support to provide articles like this one. In return, we pledge our ongoing commitment to truthful, progressive journalism and serving our community. So if you’re able, please consider a small recurring contribution. Thank you—you are appreciated!
CONTRIBUTE NOW