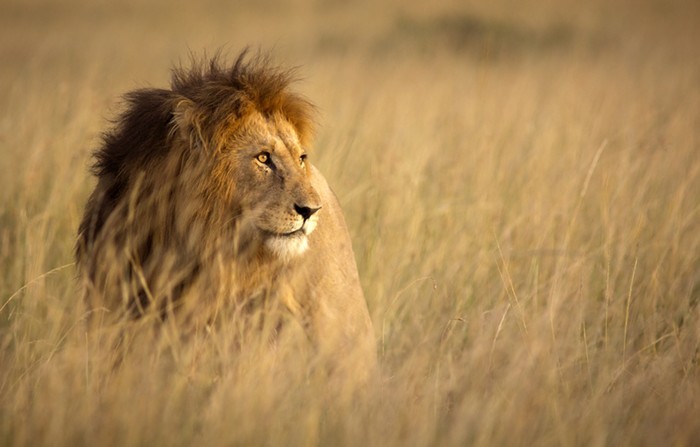 Naw, that's not African food. Who are you playing with? WLDavies / GETTY
Yes, I missed one of the most significant cultural stories in our region. It must have been the election. All of the noise about fraudulent mail-in votes, the polls, the fear that Trump was planning a coup. Into this and more was lost a happy story that involves the Africa Lounge in Sea-Tac International Airport.

Certainly you have seen or been to this place. It's hard to miss when you are walking to your plane's gate. Above its opening is the golden head of a mane-proud shumba (called simba in Swahili, and lion in English). Inside are light fixtures and bar stools with zebra-like stripes. There is a hut-mood about this place. And the synthesis of these and other design elements has its lyrical correspondence in the tune "Africa" by Toto.

But if you opened Africa Lounge's menu, you'd find nothing that was at all African: French dip, French fries, Swiss burger, Caesar salad. This was American Football food. The social critic and activist Ijeoma Oluo pointed out the bizarre disconnection between the lounge's name/decor and its menu in her book So You Want Talk About Race.

Could this be? Had I possibly found African food in a sea of stale bagels? What type of food might it be—West African? Ethiopian? We had a large Ethiopian population in the area. What a great idea, to put an African restaurant in the international airport and to showcase to new arrivals some of the ethnic and cultural diversity of the area and to make people of different backgrounds feel more welcome. Also, have you had African food? No matter which region you are sampling—it’s delicious. I almost jogged over, smiling in excitement.

But as I got closer, the warning signs started to appear. Were those zebra print chairs? Oh no, was that a caveman mural on the wall? My joy was rapidly plummeting. The menu was placed on a placard out front. I took a look with a small bit of remaining hope Bacon & Swiss Burger.… hmm, okay not that. Grilled Italian Chicken.… nope. I scanned further and quickly saw that there would be no African food. No fried plantain, no kitfo, no egusi soup. This wasn’t an African restaurant; it was an American restaurant with “African-themed decor.” And a pretty sad one at that.

Stranger yet, the restaurant is owned by Black Americans, Jerry Whitsett and Rod O’Neal. But the menu seemed to go out of its way to even exclude the African foods of America (also called soul food). No collard greens, no fried okra, no corn bread, no black-eyed peas, no gelatinous pig feet—no, nothing like that. Now, if you go into a place that's called Africa Lounge, you want to eat something African, be it Black American or Black African.

The Black owners of Africa Lounge finally saw the light and put some Black food on the menu. This happened in early September. A lot of noise would have been made about this addition if it were not for the presidential election and also the hard fact that lots of rational people are not flying at all during a pandemic bungled by a president who is now tossing law suits at every battleground state he soundly lost.

When Africa Lounge, in Concourse A at Seattle-Tacoma International Airport (SEA), first opened in 2005, owners Jerry Whitsett and Rod O’Neal were inspired by Redmond-based Mac & Jack's Brewery that produced the African Amber and Serengeti Wheat beers served in the tap room. The design motif — leopard prints, hand-painted murals, and a custom-made elephant head — were developed for this theme. But the menu of classic American fare like sandwiches, chicken wings, and Caesar salads didn’t quite align. This week, Africa Lounge introduces the first-ever menu of African foods in a U.S. airport. It’s been a journey along the way.

A fact that is often hard for Americans to grasp is that Africa is not just one place. It is many places in one. And so when you add Black African foods to a menu, you must pick or mix which part or parts of the continent you want to represent. For Rod O’Neal, it was the Congo, because DNA technology traced his roots to that huge West African country.

I will not visit an airport until the COVID-19 business is under real control. This may not happen until late next year. But the moment I'm in Sea-Tac and I'm past the security checkpoint, I will know exactly where I want to go. I have never had Jolloff rice before a flight.