Dr. Duchin: "The Risk of Acquiring COVID-19 Is Higher Now Than It Has Ever Been Locally"

These are the places.

Any place with alcohol.

Okay. So I'm doing the right thing by staying home this Thanksgiving and only going out, masked, of course, on public transit and shopping at grocery stores and my local pharmacy. Back to March 24, 2020 Lockdown Mode. HIbernation. Play and write music, listen to CDs, and watch movies on DVD. Got it. Duly noted. Thanks, Rich, Dr. Duchin, and thrice legitimately elected Governor, Jay Inslee!.

Seriously, those who still insist on holiday travel, willingly ignoring COVID-19 health risks, and relying on Boeing jets for your commercial flights (particularly on the 737 MAX!) that heavily to get to Grandma's, you must be severely Trumped.

And don't forget the Churches. My SIL's nutcase church does their shitty music show, maskless and with no social distancing, every Sunday. She tells me that no one from their church has gotten sick - and implies that it has something to do with God's Blessings.

I'm going to tune into their service on Sunday Morning - which is streamed live on the internet of course - and if they aren't observing the rules, I'm dropping a dime on them to the city, county, and state. They're all really into guns, so maybe it will become a mini-Waco.

@3 Catalina Vel-DuRay: I know, right? What is it about churches that focuses more on God's Will rather than on common sense? I am reminded of the Skagit Valley Chorale in Mount Vernon, Washington State in particular, just one speck of community within the contiguous 48 U.S. states of 50 where COVID-19 is now on the rampage. The SVC choir had unwisely met for rehearsal as usual on March 10, 2020. One member had cold-like symptoms, and the next thing you knew, 52 of 61 members became ill, testing positive of COVID-19. Now testing sites, hospital, and medical centers are overwhelmed. Those asking for COVID-19 testing to be cleared for holiday travel are being turned away, as there are not enough supplies and resources available for those testing positive who need them. Stay healthy, stay well, and stay safe, people!

at Tacoma Screw* this am
they have the counter well-protected
with RedTape˜ ensuring their clientele remain
a good six feet away. how very Considerate, right?

so, when you're standing there at the counter talking screws or whatever, and other clienteles wish to visit the rest of the store -- where the Cool shit is (more than screws!) -- then they gotta brush right past your ass -- unless you choose to back 6' away from the Customer/Employee Protection Zone, every time someone (and the Screw Store was quite Popular at that hour) wishes to Shop -- which is what we Americans are Best at.

but: social distancing? what?

"They're all really into guns, so maybe
it will become a mini-Waco." --@Catalina

"with people of color still affected at disproportionally high rates."

This is going to be looked back on as genocide.

@7 -- and mass MAGAt suicide
with el trumfpo as Jim Jones and
all the Kool-Aide a patriot can hold.

@5
In Trump's world. It's not Tacoma Screw, but America Screwed..It doesn't matter if you're 6 feet away, you're all screwed!

@8 kristofarian: Many thanks, kris. Stay healthy and safe. :)

@9 pat L: Darn it, pat--you beat me again! Nonetheless, bravo, and kudos for nailing it down to the last screw. :)

A pandemic is not a genocide. People are disproportionality affected by covid only if they have to work in public as opposed to working from home.

People of color, and people of white, who have jobs such as software engineers can work from home. 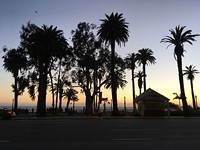 @12 Urgent Care in Bakersfield? That talking point is so old. You really need to up your game. Even by weirdo standards, you're failing.

@12 Also, quit with the straw man argument. People are 'allowed' to gather for the holidays. If you want to gather up relatives and friends from all over the community and the nation, then you're going to spread the disease. It's an appeal to personal responsibility, like please don't infect your extended family to own the libs. Also, what's your plan to save the health system? Assuming no federal aid like we had in the spring (thanks McConnell) woud you pick saving restaurants or hospitals?

"... if for no other reason than to preserve our American way of life... " libberaceWannabee

or, promote our trumpfian way of Death? Hmmm.... let me Ponder

when Ideology trumpfs both common sense and Pragmatism
you Know you've landed in trumfptopia -- Home of the Covid
(spread Far and Wide thru his Kool-Aid˜ guzzling Disciples)
and any aks for our Right to Inflict will be met with hostility
rage and don't Forget we're Well-Armed. Have you seen
our Arsenal? It's NRA-approved. Duh.

also -- 'the veracity of TrumpPence leadership"

if the word 'veracity' were to ever (inexplicably) erupt from derr Furor's well-pursed lips you'd see Pence struck by lightning while trumpf melted into a steaming pool of mendacities and mostly undigested foodstuffs.

the Selfish Fucker won't even Leave
HOW MANY MORE, trumpfiends?
how many will y'all Sacrifice
for this overly-Failed

and why hasn't trumpf named this
doktor Dan to his Cabinetry?
is he over-Qualified?

@12: Awwwwwwww.... so you're pissed off that your Der Gropenfuhrer, despite his hiring Louis DeJoy to tamper with the USPS, his enablers, Bill Barr and Rudy Guiliani to insist that "there's nothing to see here, it didn't happen", and inflicting voter suppression on African Americans, Latinos, and Asian American voters, Joe Biden and Kamala Harris STILL WON by 6 million legitimate votes. Biden / Harris are at 306 Electoral votes to Trumpty Dumpty's mere 232. The major networks have declared Biden / Harris the winners. No GOP suspected "voter fraud" has been found. This time, the GOP didn't get a little illegal help from Vladimir Putin. Imagine THAT.
OH! ...AND, your equally inept one-horse MAGA town mini cop, Republic's SuperSpreader Loren Culp couldn't push his Maskless Crusade because thrice legitimately elected Washington Governor, Jay Inslee won by over 550,000 votes. Even Washington Secretary of State Kim Wyman finds no tampering with the votes. And----(GASP!!!)----she's a Republican.
Give it up, already, Doofy.

Here's a thought, though. You can always go join Trumpty Dumpty and Lyin' Culprit when they go apply as Vlady's pool boys.

Yeah with the PCR cycles cranked up, and the total volume of testing, this guy isn't wrong about now being likely to end up with a positive test. Most likely, like we are all beginning to hear anecdotally, it will be a positive test with little to no symptoms. The big question to me is how many positive tests, hospitalizations, and deaths will end up with covid as the chief complaint. It's conceivable to have a patient, already on their last legs for one of the many ways to die that have been with us for ages, who tests positive because of these cranked up, hypersensitive tests, who goes down as a covid death on the tally that scares karen.

this is a starting point on the issue with the PCR testhttps://www.zerohedge.com/medical/pandemic-over-former-pfizer-chief-science-officer-says-second-wave-faked-false-positive

there is also the danish study on masks that had a hard time being published, and is now censored on at least facebook due to it veering away from the masking dogma. you can google that one.

Don't narc on your spreaders, dude. It's only lives at stake, so no biggie, right?

@12 "Irascible leftist duet?" The rest of your post is an irrational word salad with bizarre citations to "expertise" (at first I thought "This has to be parody."), but that last phrase is more blenderized goulash than word salad.