Slog AM: The Guns of Seattle Are on Fire, A/C Companies Booked to August, Even Orcas Have Had Enough of the Container Ships Loudly Crammed in Puget Sound

A hot and bloody weekend is upon us.

If the firearms don't get you the automobiles will, or the heat, or the cool waters of Lake Washington. Hell may in fact be real--right here on Mother Earth.

it's too hot for your schtick this weekend, charles, why not take a vacation

He's a complicated man
but no one understands him
but his woman.

I remember the weekend it opened in Nashville. The line at the box office ended in Peru.

Chuck certainly views the world from a 'glass is half-empty' point of view.

@1 No, fewer cops does not equal more murders. Murders are typically crimes of passion where the murderer is not doing math equations about how many cops are currently employed. However, I do feel that "defund the police" is a self defeating movement when it comes to police reform. A slogan, that doesn't really mean what it says and instead just gets people riled up who might otherwise be advocates for reform.

How did Mudede miss out on a "The Guns of August" reference in this headline?

Not entirely appropos to this thread, but I would love for the Stranger to dish the dirt on just what happened in Burien. Anyone want to bet that the drive-in movie was 86'd thanks to the same people who stole all the Pride flags from downtown last year?

@7 whether or not cops are the most efficient at reducing violent crime might be an open question but the fact that more cops do actually reduce violent crime is pretty widely acknowledged. See: https://www.princeton.edu/~smello/papers/cops.pdf 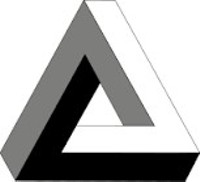 Shaft and Shaft's Big Score are available to stream on the Criterion Channel.

All those backed up container ships are great news for well-paying union Longshoremen jobs at the Port.

We're fortunate. According to Siouxsie and the Banshees, most murders are committed at 92 degrees. We'll be too hot to move.
https://youtu.be/TAt52OPnRf8

@15 fair this is a better summary, https://www.npr.org/sections/money/2021/04/20/988769793/when-you-add-more-police-to-a-city-what-happens the vox podcast with Morgan Williams also speaks to this further. I don’t think anyone rational is saying cops are the only effective crime reduction tactic but to say they don’t reduce crime at all is also not supported by any evidence I have seen. The article you site seems to conclude that cops are being used more efficiently and that numbers are a less important metric but it certainly doesn’t make the leap to cops don’t reduce crime.

You must have missed the self-reply tweet from Dan Bertolet (whoever he is 🤔):

"To be clear, I'm still glad Concord Pacific is building 900 condos on this site and I think the positive climate impact of adding those homes to the Seattle core will outweigh the negative impact of the parking."

There are buildings going up in Seattle without parking garages (as allowed by Zoning), but a market-rate developer isn't going to be the one to take that risk.

All these studies on whether cops prevent crime remind me of that saying, "figures don't lie, but liars figure." Many of these studies have findings that conform to the author(s) preexisting notions, and all are imperfect. How does one prove a crime was prevented, after all? None of the methods that attempt this are super reliable.

Just anecdotally, I know I made arrests during which the arrestee(s) admitted they were on their way to commit an offense; a gang-related shooting and an armed robbery leap to top of mind as I write this. There were more during my 30 years as a cop. So, those were offenses prevented...at least in that moment. Would those arrested return and commit the same offense(s) later? Probably, in one respect or another...but maybe not in some cases. Who knows?

So, applying some common sense on the matter is probably in order. If there were zero cops, would offenses, including murder, increase? Of course, they would. Anyone who disputes that is jaw-droppingly naive and has clearly never spent a single moment in the company of those who regularly engage in criminality. And there are many such people out there.

On the other hand, if there were a squad of a dozen cops on literally every street corner, would offenses dramatically decrease? Yes, they would...if "saturation patrol" tactics are any indicator. Both these observations seem obvious, at least to me.

As to what prompts a murder, among many other things, it's also lesser offenses that "go bad." An armed robbery turns into a murder, for example. So, if offenses overall are reduced, the chances of this type of murder are also reduced. Gang violence is another.

The one kind of murder that cops cannot impact much is domestic violence. Even with a cop on every corner, they're still not in people's homes. Aggressively seeking out and arresting people for violating protective/restraining orders may make a bit of an impact here, but not a lot else will. (We had studies indicating this to be the case, but again with studies...)

So, the right number of cops to assist in preventing offenses is somewhere between 1 per city and 100,000 per city.

Let it be known that on this day, June 25, 2021, professor underscore hiztory disagreed with someone without resorting to a blistering tirade of insults.
Great moments in stranger hiztory

'Who is still dying from COVID-19 in the US? The unvaccinated, of course.'

also getchyur trumpftower Urns˜ now whilst supplies last and ignore all those Pre-checked Boxes -- they're there to Insure trumpf gets relocated Back Into the White House -- WHICH WAS S T O L E N if not This August then the next, surely? in any case its all for a Good Cause:

@23 By some measures, we are somewhat less policed than the average:

On the other hand, we have a much broader range of environments here, and a greater range of cop to pop ratios. Whether the police are justly distributed is an argument for statisticians and the practitioners of scientific policing. But based on personal points of view, we are over policed if you are sawing someone's catalytic converter off. We are under policed if it's your car.