The Port seems as good a place as any for progressives take cover and ride out this “red wave.” Quietly rebuilding their empire by not sweeping encampments under the shipping container cranes, or something 🤷🏻‍♀️

I trust Lorena and Nicole will deliver gracious concessions to their winning opponents and make themselves available to provide their guidance, support, and lived experiences.

Thankfully most people capable of independent thought in this city are sick and tired of “ACAB”, tent cities and being harassed walking down the street. The radical left wing (writers for this rag) are out of touch and fanatics.

"Incumbent City Councilmember Teresa Mosqueda increased her lead over bridge guy Kenneth Wilson and is now winning 56 to 43.5. Since Wilson was a quiet bridge builder before this race began, I'm using his total as the current baseline conservative backlash vote in the Seattle elections this year."

Sounds about right. Holmes would have beat Davison by roughly that amount. Same with Thomas over Nelson. The Seattle Times endorsement is worth about 40% or so. Maybe more, if they are seen as the rational voice in the city (which happens rarely, but was the case this year).

Gonzales would have done better with stronger candidates down ballot. But she needed to run a better campaign against Harrell, a fundamentally popular candidate. She let him win on the homeless issue, despite being the stronger candidate on that issue. He ran a tough ad about homelessness, while she ran a stupid ad about an event most would rather forget. No one bothered to read their proposals or history when it comes to homelessness, and Harrell was able to win based on that issue alone. The irony is that Harrell will benefit from the housing funding he opposed, and she helped create.

Congratulations to The Stranger Election Control Board or whatever you style yourselves. You have amused me again for another year.

I should add, it will be interesting to see how that all plays out. You can't house more of the homeless without spending more money, or somehow creating cheaper market-rate housing. One option for the latter would be to change the zoning, but Harrell has already opposed that. The only funds for public housing are tied to a tax on Amazon (and other large businesses) -- the folks he owes for his victory. Will he try and repeal that law, making it more difficult to fund new housing? Will he then shift money from other places -- if so, where? Harrell has essentially promised the impossible -- I don't think he will be able to pull it off, unless he is willing to go against some of his supporters.

From what I recall, Harrell got along with his colleagues on the Council and was able to work with others, and as an experienced politician he's not going to be a disaster like Durkan has been.

@7 Ross, my take is that as long as Harrell appears "tough" (as far as Dems go) on homelessness and crime, voters won't care whether more public housing is built under his watch.

Interesting that progressive wins came over in Lambert's district, and on the Port Commission, which is elected county-wide, with its mission more naturally suited to a chamber of commerce mindset.

May be a message there for City Council holdovers.

@9 -- Maybe, but if he cuts funding, and the number of homeless increases, then my guess is a challenger will lead with that. In other words, he may very well be the next in a long line of single term mayors.

This is also why the homeless initiative (Compassion Seattle) would have actually been helpful, politically. He could have kept the tax on Amazon, and even increased it, saying that the voters have spoken, and there is no other source for money. He could have swept the parks, again saying he had no choice, and at least many of them would have a place to live. He may still try and push people out of the parks, but they will return, and there will likely be more lawsuits (which again means more money).

Now he is between a rock and a hard place, politically.

"It'll be interesting to see if González will at least match the numbers Cary Moon put up against Jenny Durkan, who won 56 to 44 in 2017."

To cut her current 24-point (!) deficit in half, she'd need to receive 63% of the remaining votes. That is highly unlikely, to put it mildly.

'She closed by saying she aims to rest, close out her term, and then start "writing the next chapter of my public service."'

Unless she gets appointed to some commission or office, it's difficult to see how she re-enters public service. Barring a future miracle, her once-promising career as an elected official just came to a sudden and very final end. She wasn't some underfunded first-time challenger up against an entrenched incumbent, but the sitting President of the City Council, representing the city in an at-large seat, and she's going to lose by something like twenty (!!) percentage points. Overcoming such a catastrophic defeat would be a tremendous challenge for anyone.

@4: "She let him win on the homeless issue, despite being the stronger candidate on that issue. He ran a tough ad about homelessness, while she ran a stupid ad about an event most would rather forget."

In what possible sense was she the "stronger candidate" on the issue of homelessness? While no one in Seattle's government has exactly covered themselves with glory on the issue, CM Gonzalez' record was worse than most. During her time on the Council, Seattle spent approximately half a billion dollars on homelessness, producing only epic humanitarian catastrophe.

As for her stupid ad, yes, that was delusional thinking on her part. There's no evidence to show Seattle's voters ever cared about "what happened 33 years ago or maybe didn't happen," as CM Harrell put it at that time. Her choice was to glorify her own rush to judgement back then, which simply presented Harrell as the thoughtful, careful, skeptical decision maker. Why a candidate would even want to make such a claim about her opponent can only be guessed, but whatever motivated her, running that ad was a colossal failure of her judgement.

Also, Seattle's homeless crisis resulted from already-addicted, already-homeless persons moving to town because laws against camping, theft, drug purchase, and assault were not enforced. Here's hoping incoming REPUBLICAN City Attorney Davison fixes all of that, and quickly. Thank you, Stranger, for helping to elect the first REPUBLICAN to city-wide office in decades.

@12 thanks to the idiocy of the top two primary we'll likely see M. Lorena on a future General Election Ballot for a statewide office....

@15 -- I bet no one is more pissed at Jay Inslee's decision to run for a 3rd term than Lorena Gonzalez. She very clearly wanted to run for AG, and probably would've won. Now her political career is over.

Ah well, she'll have to console herself by doing the truly progressive thing: going to work for a huge law firm and making a boatload of $.

Not weird at all, if you give just a bit of thought to it. Which Rich Smith obviously did not.

@16 if Inslee prevented M. Lorena from becoming AG he's got my vote for a fourth term.*

*Caveat, I'll probably vote for him for a fourth term regardless as I don't see any politicians in this state with the stature to do the job.

@16 I'm not sure the clients MLG would bring to a huge law firm would justify a boatload of money and she surely isn't worth a No Show job in exchange for her name on the letterhead.

Just remember, folks. This is all about whether or not your rent will go up. (Not, of course, for the conservatives who vomit here.) Live, watch and learn as the story unfolds. Then vote better next time. Or just vote, FGS. This is also why we need a national holiday for elections. A lot of people didn't even know it was their last day to vote. Because they were doing something (the conservatives who spend their lives on these boards don't know about) ... called working far too much.

@23: In the coming time here, we're going to read a LOT more whiny post facto rationalizations for the crushing defeats Seattle's far left suffered in this election. It will be interesting to see how many of them are as unintentionally -- and self-defeatingly! -- humorous as @22's just was.

@18 -- Hilary Franz would make an absolutely fantastic governor. She's done an incredible job in her current position. Ferguson would be fine as governor but in my opinion her ceiling is way higher. This of course means she'll no doubt lose in a primary to Ferguson, or maybe run for AG and eventually try to move up from there. The best outcome would be if Franz runs for Senate when Murray or Cantwell retire.

@25 I think Jayapal has her eye on a Senate run if/when Murray/Cantwell retire (unless she thinks she has a shot at the Speaker in the 121st or 122nd Congress).

Both Franz and Ferguson seem too lightweight to run for Governor, and the bench looks really weak without much depth. Which is probably why Jay ran for a third term, and will probably run for a fourth.

I doubt Jay runs for a 4th term. It's hard to win that many elections. Even if you are doing a good job voters just get tired of you. He is prob hoping to get a call from Biden at some point and go back to DC. I will say that is one of things though that infuriates me about WA Dems. The unwillingness to challenge incumbents and the unspoken pecking order. Ferguson backed out on running for Gov as soon as Inslee suspended his prez campaign and similarly Gonzales back out of running for AG. We need strong candidates to run so we can have a healthy debate and right now the Dems are coasting.

That being said no way LG would win a state wide race. I don't know where she goes from here. She can't join a private firm as that would hurt her progressive cred. Her best bet is to join some sort of non profit advocacy group like Jess Farrell and try again in a few years. I don't know that the SCC is really a good launching point to anything though which is a problem for Mosqueda and her ambitions. Ferguson, Franz, Constantine and prob Denny Heck will be the primary candidates for gov in 2024.

I seriously doubt Jayapal could ever ascend to the Speaker role. As the head of the progressive caucus it would take a progressive takeover of the Dem party for her to get there and I don't see that happening. I'd question whether she could win a state wide race as well. She might be better in her congressional seat for life much like her predecessor Jim McDermott.

@27 I'd vote for Ferguson in a heartbeat. He gets shit done. 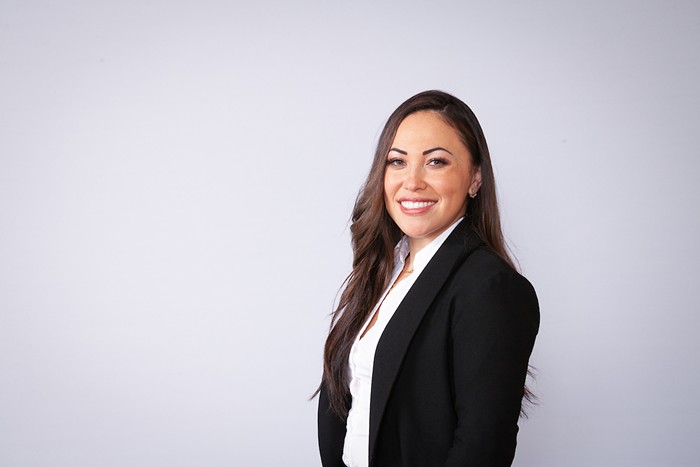