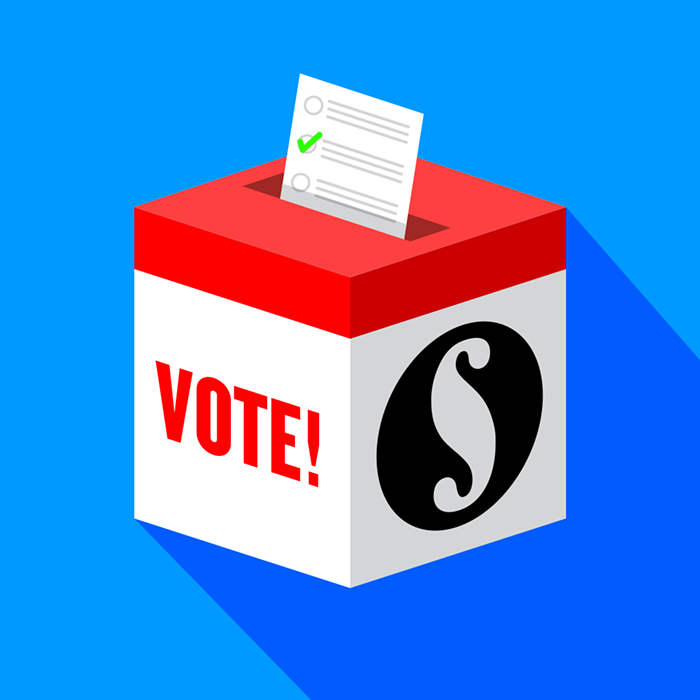 You have until Feb 8 to vote YES on Propositions 1 and 2. Check your mail for your ballot.
Hello! If you’re only now awakening from a two-year-long coma, then, first of all, welcome back. Glad you made it. We’re all a little jealous, actually, because while you were away a deadly respiratory virus broke out and fucked up life for everyone on the planet. Big bummer, we know.
Sponsored

Mass sickness, death, anxiety, political madness, and the emergence of necroeconomics strained or broke nearly every system around the globe—and that very much included our fragile schools.

Teachers, students, staff, and administrators faced a fuckton of challenges in switching (back and forth) to remote education. Instructors were forced to choose between their health and teaching in a classroom, learning was lost, test scores and mental health tanked, and a bunch of racists went on an anti-Black crusade at school boards. Sorry to keep up this buzzkill bit, but all that shit is still happening.

Fallout from all that led to a big drop in enrollment, which put Seattle Public Schools in financial trouble. At a Jan 19 meeting the school board announced that the district is facing a $70 million shortfall next year (though that could drop to $47 million if Olympia comes to the rescue). That figure assumes Seattle voters will renew the two levies that will appear on Feb 8 special election ballots, which should hit mailboxes by Jan 21 or Jan 24.

If Seattle rejects those levies, then the district will find itself in a deeper, darker, and much less ventilated hole than the one it’s already in. That’s because the levies fund important operations budgets and long-overdue building projects that we need to keep kids learning in safe environments. Since we clearly lack the political will to slow climate change, patching up a leak or two in the schools and paying for nurses seems like the least we can do.

Now, in normal times, Seattle is very good about passing school levies. In 2019, voters approved the replacement operations levy by a wide margin. Ditto the replacement Buildings, Technology, and Academics/Athletics capital levy in 2016. In fact, the last time both levies failed was in 1975, and it was a disaster that left “lasting scars,” according to a 1996 report in the Seattle Times.

But these are not normal times, and voter turnout in February special elections isn’t exactly stellar, and so we think it’s worth saying pretty loudly: Let’s keep this non-disaster streak going. Vote Yes on Proposition No. 1 and Proposition No. 2 by Feb 8 at 8 pm.

For those of you who are feeling a little “tax fatigued,” a little “fed up,” or a little “lonely,” please continue reading for slightly more detailed education policy info and a little light preservationist dunking.

Proposition No. 1: Replacement for Educational Programs and Operations Levy

Voting 'yes' on Prop 1 would approve a property tax of 74 to 75 cents per $1,000 of assessed value. (Individual homeowners and landlords can find cost estimates on their property here.)

This renewal would raise nearly $649 million over the next three years (down from $815 million last time) to pay for a surprising number of vital programs you’d think the state would pay for but does not.

For example, if we don’t vote 'yes' on this levy, the number of nurses serving the district’s 52,000+ students would drop from 68 to nine, according to the district. Funding for special education would drop from $180 million to $82 million. Funds for the stuff that makes kids not totally regret life, such as sports, art, music, theater, and even your beloved STEM programs would drop out as well. It’s hard to overstate how much the district relies on this levy for programs and services that students desperately need. Vote yes. During that time, this money would raise $783 million to pay for tons of stuff, including the district’s efforts to clear a long maintenance backlog, clean energy projects, 85% of the district’s tech budget (computers for everybody, IT staff, Wifi, software, etc), and $31.4 million in replacements/upgrades to “windows, doors, roofs, and insulation.”

A significant chunk of the money would go to basically rebuilding Memorial Stadium over in the Seattle Center. Though the SECB’s heartstrings rarely stretch long enough to embrace sports, the facility also hosts graduation ceremonies, EDM raves, and pro frisbee games. And if the levy passes, Seattle and the school district also have big plans for more, so rebuilding the 70-year-old grandstands in the service of seismic upgrades seems like a worthy venture.

The SECB has heard reports of “Vote NO on Prop 2” signs popping up in neighborhoods such as Greenwood. Those signs apparently belong to cranks who think making improvements to the stadium will desecrate the memory of Seattle's fallen WWII soldiers. Since the district plans to preserve the actual memorial wall that commemorates the sacrifice of the soldiers, we don't see why these reactionaries are so bent out of shape. Those soldiers didn’t die to prevent seismic upgrades to grandstands. They died so people could play ultimate frisbee in the glow of energy-efficient stadium lights. And so kids could read Elie Wiesel’s Night without water dripping on their heads. Vote yes.

Once you’ve voted YES and YES, throw us a few bones as a tip for our very important election services! We know you’d forget about this shit if we didn’t remind you, and we love reminding you. Help us pay the internet bill so we can keep sending you these lil' reminders—because, sorry to break it to you, it’s another big election year. We’ve got a lot of voting to do.
The Stranger depends on your continuing support to provide articles like this one. In return, we pledge our ongoing commitment to truthful, progressive journalism and serving our community. So if you’re able, please consider a small recurring contribution. Thank you—you are appreciated!
CONTRIBUTE NOW